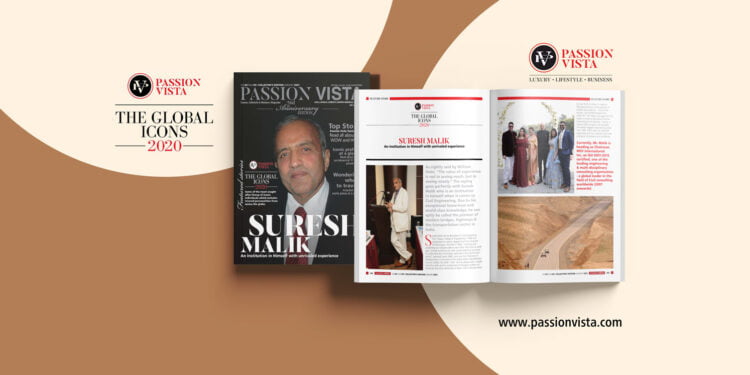 in THE GLOBAL ICONS 2020
Reading Time: 3 mins read
A A
Share on FacebookShare on Linkedin

An Institution in Himself with unrivaled experience

As rightly said by William Osler, “The value of experience is not in seeing much, but in seeing wisely.” The saying goes perfectly with Suresh Malik who is an institution in himself when it comes to Civil Engineering. Due to his exceptional know-how and world-class knowledge, he can aptly be called the pioneer of modern bridges, highways & the transportation sector in India.

Suresh Malik did his Bachelors in Civil Engineering from Thapar College of Engineering in 1964 and completed his master’s degree from the University of Washington, the USA in 1966. “Learning and Leadership are indispensable to each other and since an early age, I started nurturing my vision and broadening my arena to understand the microscopic potential in the construction sector,” asserted Suresh Malik, who was the Chairman of Transportation Committee of the United States India Business Council (USIBC) for 2000 – 2001. He has always been a leader since his youth and his contribution of bringing students of American and other ethnicities of Asian origin culturally closer VOL02 ISSUE09 | COLLECTOR’S EDITION JANUARY 2021 103 FEATURE STORY was overwhelmingly recognized by the US Govt and for which they gave him the Honorary Citizenship of the United States in the year 1966 while he was still pursuing his master’s degree. 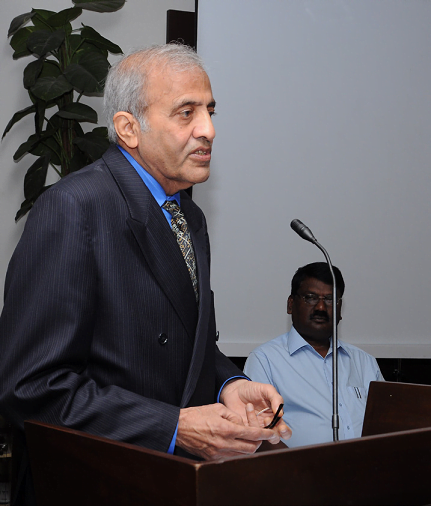 “Every experience in your life is being orchestrated to teach you something you need to know to move forward. So, observe every pattern as an opportunity of learning, because that’s the ultimate door to success,” added Suresh Malik, The Chairman of MSV International Inc. He is one of the most dynamic leaders of Indian origin who has held India’s head high all over the world. In his long reputed and prestigious career, he worked on some of the most prestigious projects in various countries by using the latest software and technologies available anywhere in the world in those times.

With more than 50 years of professional experience, Mr. Malik has been very active in numerous Industry associations, federal/Govt. Committees and forums. He has been the Chairman of the Transportation committee of the “United States India Business Council (USIBC)” and brought many useful suggestions to the Ministry of Surface Transport in the development of National Highways in India. He travelled with President of the United States of America, Mr. Bill Clinton as an official delegate when President Clinton visited India and he was instrumental in signing of many MOU’s on behalf of the US Govt. between the Federal Highway Administration (FHA) Govt. of USA and Ministry of Surface Transport (MOST), Govt. of India for Infrastructure Projects. 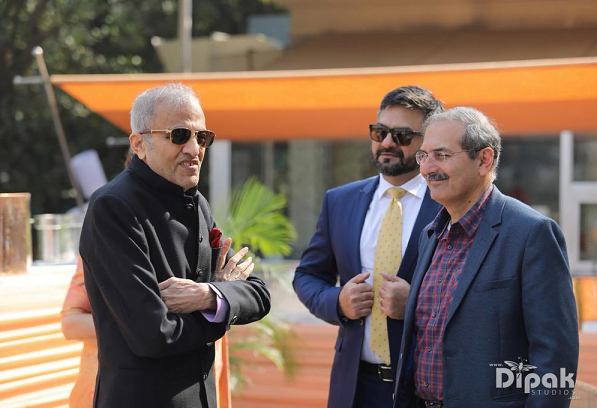 He has been a front runner in using the latest and emerging technologies of the world like Pavement Management Systems, Submerged Tube Technology, Cable-Stayed Bridge technology and others that brought a competitive environment in the civil industry as whole at the global level. Mr. Malik as MD (International) of Sverdrup-Jacobs, was the first to introduce in India the advanced highway design software INROADS with MicroStation as its base platform. “Be brave. Take risks. Nothing can substitute experience. Because that’s how you become better, and then the best,” says Mr. Suresh Malik, who was registered as a Professional Engineer with the Washington Board of Professional Engineers and with the Michigan Board of Professional Engineers. He is also a member of International Monorail Association since 1982. 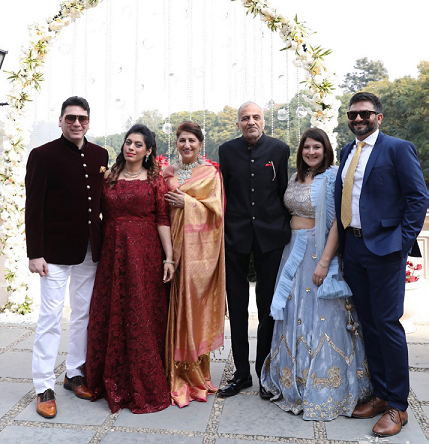 Currently, Mr. Malik is heading as Chairman, MSV International Inc, an ISO 9001:2015 certified, one of the leading engineering & multi-disciplinary consulting organization – a global leader in the field of Civil consulting worldwide (2001 onwards).