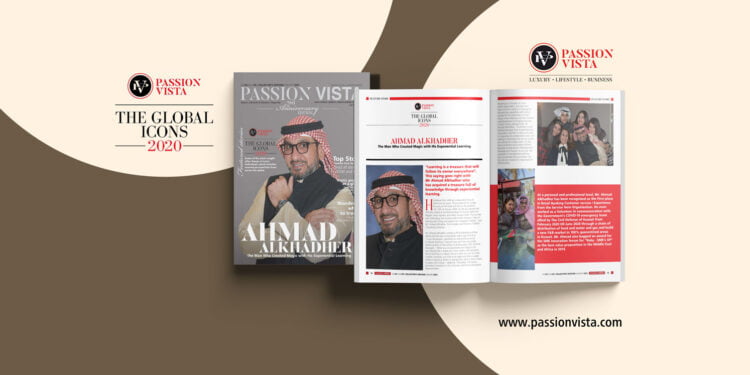 The Man Who Created Magic with His Exponential Learning

“Learning is a treasure that will follow its owner everywhere”. This saying goes right with Mr Ahmad Alkhadher who has acquired a treasure full of knowledge through experiential learning.

He believes that nothing is impossible if you’re intentions are good. All you need to do is keep focusing on the Goal and not on the problem. “On 15th of January 2000, my life as a Banker has officially started at the National Bank of Kuwait (NBK) the Biggest, most reputed, and oldest Kuwaiti bank. The journey was challenging, but exceptionally fruitful because I kept on learning new things and explore the untapped markets,” says Mr. Ahmad Alkhadher, The Founder and Director of OBIDA Consulting Company.

Mr. Ahmad Alkhadher started as PR & Advertising officer whose job role was cutting-banks news clips from 6 or 7 local newspapers, searching for relevant Economical & relevant banking / financial news and then personally delivering them to the offices of all executives CEO, General Managers. “When you are passionate and happy to do any required job it makes you more creative and energetic-hence working in a happy culture is what you aim to create a leader. However, you have to be Agile and Able to adapt without expecting others to change their style or their motive to adapt and change,” added Mr. Alkhadher, The Senior Executive Consultant to the Chairman and Family Inheritance Representative.

“So in 15 Years, I got 12 promotions (averaged a promotion every 13- 14 months!) While the history of the bank and other similar employees got a promotion and moved up the ladder every 2-3 years if they exceed expectation! I was only 38 years old,” asserted Ahmad Alkhadher, The youngest ever General Manager of The biggest profit center of the Bank.

With his exceptional business acumen and outstanding clarity to services of News Clip, he got an opportunity to showcase his talent and work in NBK-London that further brought supernormal success to his experiential learning. “I always considered this moment as an opportunity to prove myself and exceed my productivity standards because, as an entrepreneur, I wanted to accomplish something beyond the ordinary,” expressed Mr. Ahmad Alkhadher, The Investment Manager at the Al-Ahlia Investment Company.

Mr. Ahmad outshined in his excellence and slowly and gradually spearheaded the largest real estate deal in Kuwait’s History at that time. “Being so ambitious and passionate about Banking sector and entrepreneurship, Mr. Alkhadher got series of promotion in a short span representing their intelligence and astuteness towards growth and learning. He got promoted and became the Head of the Small businesses in NBK Kuwait and then Head of General Trading & Contracting businesses Unit and shortly he was asked to make another career shift into the Consumer / Retail Group. In no time, Mr. Ahmad Alkhadher became Head of all local branch network (~ 68) branches, and I was personally assigned the tasked to design, build, implement and control a new business line “SME’s” into their retails mix.

“With every growing stage, I understood an investment in knowledge pays the best interest. All you need to do is acquire, attain and accumulate your learning to convert into a worthy investment,” added Mr. Ahmad Alkhadher, who was promoted as the Deputy General of the Group Head of Sales. Mr. Ahmad was the in-charge of any touch point interaction with the Direct – sales and service channels & All Alternative E-channels.

“From a young age, my parents were my inspiration who taught me how to clear off barricades and win the race. While my wife Dana and three kids – Amal, Khalid, and Eqbal have strengthened it hard. Special thanks to my Family who held my hand during thick and thin and gave continuous support until today. I probably would not have made it that high! My Mother is the 1st female Kuwaiti Dentist, who was representing herself in a tough culture and working exceptionally twice as hard and that’s how she thrived in her professional dental services. While, my Dad, a civil engineer who graduated with Honor from Georgia Tech University in states inmate 60s, pushed and forced me to go and study abroad in the US, where I was exposed to different cultures and with patience and perseverance cleared off several hurdles to become the one who I am today,” asserted Mr. Ahmad Alkhadher, who is an Honorable Member of the International Retail Academy- England and a Certified General Manager from the Central Bank of Kuwait. 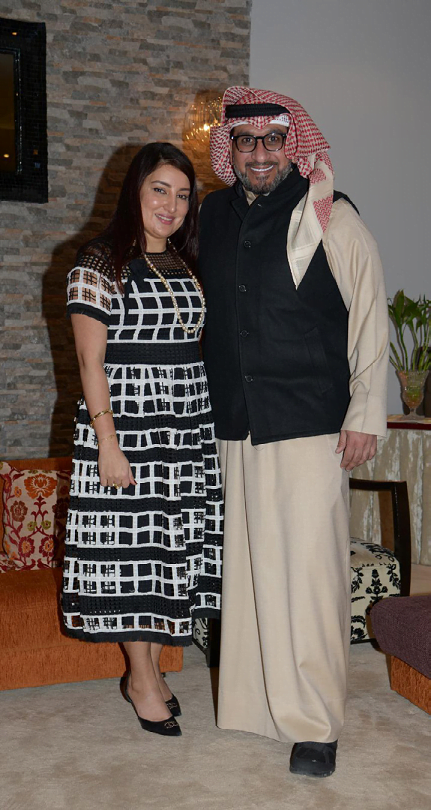 Mr. Ahmad is someone who never doubted himself, a very self-focused and self-motivated. He knows his strength and often searches for fire and desire whenever challenged with “the impossible” when he plays professional football and it continued to build on till this date! Certainly, that’s his secret to success.

Working as a founder of a nonprofit organization, the main idea was to infuse creativity in leveraging the exciting capabilities and helping society for the betterment of their future. From helping small and medium scale businesses to bringing accuracy in their money management, Mr. Ahmad Alkhadher, – A certified Credit-lending Manager from Kuwait Banking Association has left no stone unturned in improving his professional career and making it meaningful by serving society as a whole on a larger scale. He also did a certificate course from INSEAD Business School Alumni -Management Development Program to uncover the potential of management activities and incorporate those principles into the decision-making for organization’s effectiveness.

At a personal and professional level, Mr. Ahmad Alkhadher has been recognized as the First place in Retail Banking Customer service / Experience from the Service Hero Organization. He even worked as a Volunteer in commemoration with the Government’s COVID-19 emergency team allied by The Civil Defense of Kuwait from February 2020 till June 2020 through a chain of distribution of food and water and gas and build a new F&B market in 100% quarantined areas in Kuwait. Mr. Ahmad also bagged an award for the SME Innovation forum for “Baby – SME’s VP” as the best value proposition in the Middle East and Africa in 2014.