The Royal Man with an Imperial Enthusiasm & Philanthropy

Prince Lakshyaraj Singh Mewar of Udaipur represents the third generation of hospitality professionals from the illustrious House of Mewar, each of whom has contributed to Udaipur’s emergence as one of the ‘Top 15 Cities of the World’ and the HRH Group of Hotels as India’s largest chain of palace-hotels and sanctuary-resorts under private ownership.

Since 2006, Prince Lakshyaraj Singh Mewar of Udaipur has been an integral part of the HRH Group and is facilitating the Group’s development in the competitive world of heritage-hospitality. 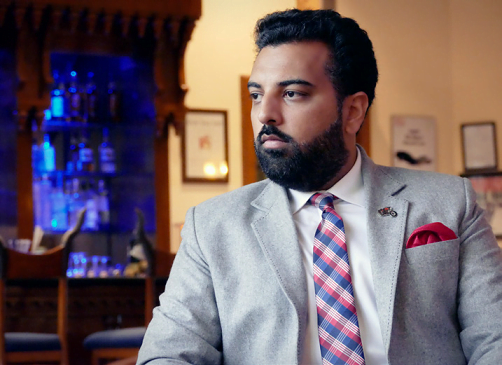 He learns every day from every person he meets and greets at The Palace in Udaipur or the world outside. “With poets – young and old, I have learned about the rich history of Mewar besides the golden beauty of words and phrases; with music maestros, I have delved deep into the mysteries of sound and rhythms; with sportsmen, on and off the cricket field, I have learned to push myself to the limit,” asserted Prince Lakshyaraj Singh Mewar of Udaipur. With new interactions, he keeps on learning the trends from historic to modern and understands the vision and lens of an individual.

Acknowledging that hospitality comes naturally to people from his background, Prince Lakshyaraj Singh Mewar of Udaipur attended Indian boarding school Mayo College and honed skills with a Degree at the Blue Mountains International Hotel Management School, Australia. Today, as the Executive Director of the HRH Group, he is confidently abreast in F&B technology, management, and service standards. Besides completing the Bachelor of Commerce in Hospitality and Tourism course from the University of New England, he has successfully completed a Professional Development Programme from Cornell Nanyang Institute of Hospitality Management.

Prince Lakshyaraj Singh Mewar of Udaipur is a scion of the 1500-yearold House of Mewar in Udaipur. As a child, he was raised to respect and honor his esteemed lineage, which is rich in history and culture. He is deeply involved with several developmental works and the growth of Maharana Mewar Public School in the eastern wing of The Palace, Udaipur. Under his leadership, the School has been voted as ‘Best school of Udaipur’ by leading agencies. He remains a committed sports administrator, promoting cricketers, young swimmers, athletes, and badminton players from Udaipur and Rajasthan.

Prince Lakshyaraj Singh Mewar of Udaipur has received several noteworthy awards and has been facilitated four times by the Guinness World Records: First for his outstanding initiative towards Vastra Daan campaign, a state and nation-wide campaign for the ‘collection of clothes for recycling donation’. Second for the ‘largest donation of School Supplies in 24 hours. Third for ‘Go Green’ initiative called ‘Vriksh hi Jeevan Abhiyaan”, for the most people potting plants simultaneously at Udaipur, the previous world for most saplings planted in 60 seconds stood at 2000 but this unique initiative broke the previous record with 4035 saplings potted in less than 60 seconds and fourth for the most personal hygiene products donated in one hour on 25th January 2021. 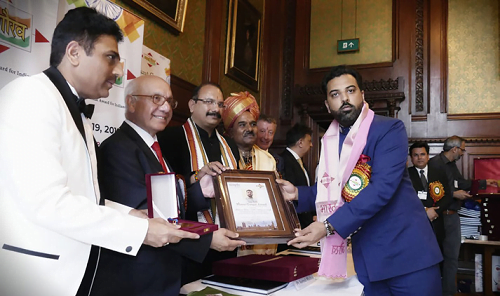 In July 2019 he was awarded the 7th Bharat Gaurav Award at UK House of Commons at Parliament in London for being a source of inspiration to the youth of the Nation. Over the years he has been facilitated by FHRAI, received MICE awards, National Tourism Awards, and commemorative awards for the extensive philanthropic work that he undertakes.

Prince Lakshyaraj Singh Mewar of Udaipur has been felicitated as one of the Covid Warriors organized by Bhamla Foundation at Raj Bhawan, Mumbai by the His Excellency Governor of Maharashtra, Shri Bhagat Singh Koshyari on 04th November 2020 and also felicitated by His Excellency Shri Kalraj Mishra, Governor of Rajasthan on 15th January 2021, in recognition of his philanthropic initiatives including three Guinness World Records and social services support during the covid pandemic. 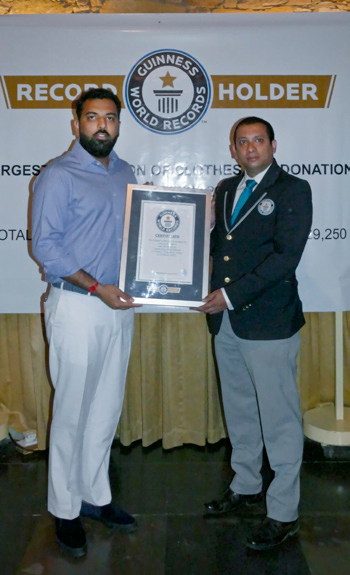 During the nationwide lockdown, Prince Lakshyaraj Singh Mewar of Udaipur took the initiative of arranging a supply of hygienically packed food grains to be distributed amongst the rural areas adjoining Udaipur from where daily wage workers come. Also, sanitizers and masks were distributed.

Aside from business, Prince Lakshyaraj Singh Mewar of Udaipur’s pursuits run deep. The sportsman in him still prevails with a deep and abiding love for the national game of cricket. Today, he focuses on Sports Administration, and under his able stewardship as President of the Udaipur District Cricket Association, the local cricket team had a good run of success.

Prince Lakshyaraj Singh Mewar of Udaipur is also the President of the Maharana Pratap Smarak Samiti, Udaipur, and is extremely active in the conservation of Mewar’s cultural and historic heritage, Managing Committee Member of Hotel & Restaurant Association of Northern India, Executive Committee Member of The Federation of Hotel & Restaurant Association of India, Member of Indian Heritage Hotels Association, Advisor of Imperial Chamber of Commerce & Industry, Honorary Member of Udaipur Chamber of Commerce and Industry and Chairman of Tourism Sub Committee 2020-21. He uses his public profile to create awareness regarding the issues relevant to the urban and rural societies in the region and campaigns for health, environmental, and youth causes.

A free-spirited traveler, a scientific sadhu, a rational philosopher who dreams of a world without boundaries making chaotically creative energy.