Renowned worldwide as the Dinosaur Princess or Dr. Dinosaur or Princess Dinosaur!

If I ask you to identify Rahioli on the map, chances are you’ll get it wrong. Quite possibly, even the district, town and city. But there is a person, a girl no less, who holds the distinction of single-handedly putting the small district of Rahioli (Balasinor, Gujarat) on the global map. And this acclaimed personality is that of Nawabzadi Aaliya Sultana Babi, of the erstwhile princely state of Balasinor in Gujarat, India. 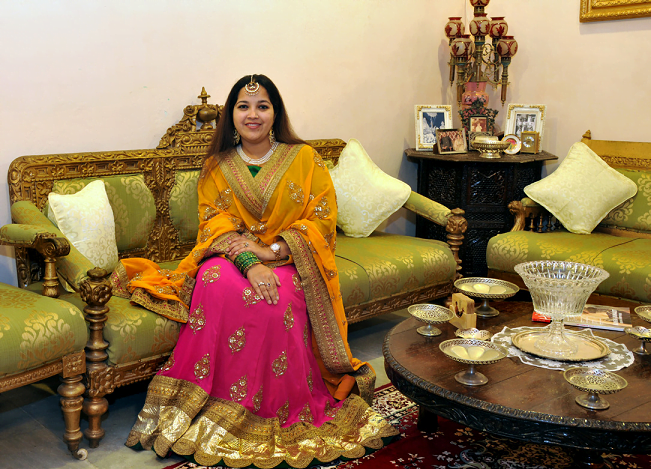 Born to the late ruler of the Babi dynasty, HH Nawab Mohammed Salabat Khan and Begum Farhat Sultana, Princess Aaliya was leading a charmed life when everything changed in the winter of 1981. For it was in this year that scientists from the Geological Survey of India (GSI) accidentally discovered fossils in the sedimentary rocks near Raihioli village! The geologists were in the midst of conducting a mineral survey and systematic mapping when they came across some unique stones of different sizes. The stones were rushed for lab testing, which confirmed beyond doubt that they were indeed dinosaur eggs and bones, as surmised by the experts. This marked a turning point in the history of the state of Balasinor, as well as the royal family.

Once Aaliya returned after completing her studies at Sophia High school, Mount Abu, she was drawn to the plight of the fossil remains in her home town. Recognizing the importance of the discovery, she took it upon her young shoulders to protect, preserve and promote the dinosaur remains. Since then, paleontologists have excavated almost 10,000 dinosaur eggs, making Rahioli the third largest dinosaur hatchery in the world.

Aaliya soon realised that if she were to continue in this field, she must educate herself. And so began her tedious journey towards becoming a self-taught paleontologist. She learned as much as she could and then started accompanying other experts to learn some more. Till date, she is the only aristocrat to serve as a tour guide for dignitaries and scientists and the horde of tourists who throng the fossil site who come to marvel at the fossils of Balasinor. 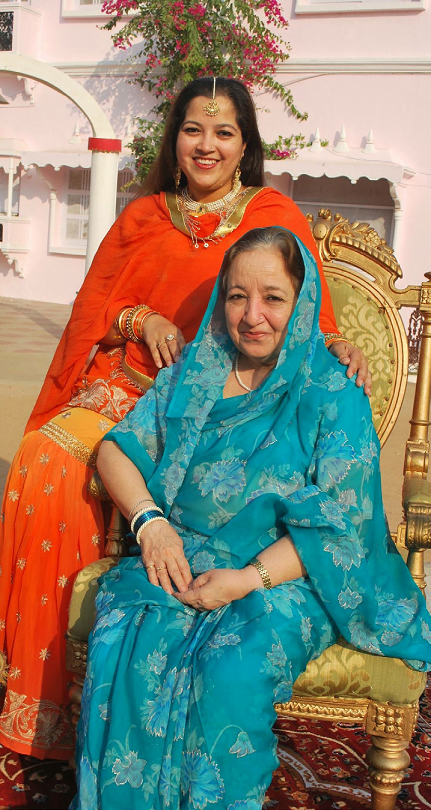 Dinosaurs have forever captured our unanimous imagination. Through stories, books and movies, people have been fascinated with these mystical, sometimes scary, but always enthralling creatures, for centuries. Understanding the importance of preserving the discoveries of these fossils, eggs and bones for future generations, Aaliya did everything in her power to get them their due.

This took her across three departments – Tourism, Forests and Geological Survey, all of whom had to be brought on common ground. It is largely due to her effort and dogged determination that Balasinor now enjoys a very special place in the Indian and global scientific community. Today, as the guardian and custodian of the Balasinor Fossil Park and Dinosaur Museum, she can be credited with promoting what people are now terming as “dinosaur tourism”, rightfully earning herself the epithet of Dr Dinosaur.

However, before you make the mistake of thinking that Aaliya’s sole contribution to society is through her work in the field of paleontology, let us emphatically state that that is not true. Related to the late yesteryear actress Parveen Babi, Aaliya, herself a classic beauty, carries forward her traditions and legacy with much aplomb.

Along with her brother Nawab Sultan Salauddinkhan Babi, Aaliya runs the Garden Palace Heritage Hotel from the royal palace in Balasinor, offering a homestay with the royal family. She is passionate about sharing the history of traditional Balasinori cuisine, which till date is cooked in the royal kitchen under the watchful eye of Begum Farhat Sultana. One can even book cooking classes for the same. Interestingly, Balasinor is the only location in Gujarat that has played host to the Maharaja’s Express.

A visit to Balasinor is a trip down history. One can experience true royalty in the palatial premises, devour delectable delicacies from long lost recipes, and be enchanted with a personal interaction with the royal family. The grace of the Babi family has become legendary.

Having always been patrons of the arts, Aaliya too has achieved her bit in the areas of art and education. A philanthropist at heart, she actively supports a school in Balasinor and Rahioli. In addition, she supports various artists by promoting their work through her label, ‘Aaliya’.

Yet, her first passion remains in the area of dinosaurs. When home, she conducts various tours and interactions for visitors. But to promote interest and information among the youth, she also undertakes classes about dinosaurs and fossils as well as tourism and management across schools and college campuses in India and abroad.

Among others, she has conducted classes at IIT Chennai, CZ College of Tourism and Management in Vallabh Vidhyanagar, Serenity Libraray in Gandhinagar, and a lecture at the Prince of Wales museum, Mumbai, as part of World Museum Day. She was also invited by the Emerald Heights International School, Indore, for the Round Square International Conference in October 2019, which was attended by over 1000 students from 55 countries. 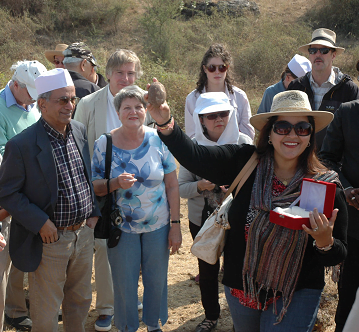 Needless to say, Aaliyah’s many talents and her successful pursuit of them have taken her all over the world. She has graced innumerable Indian and foreign language newspapers and magazines like Femina, Hello, Hi Blitz, Gr8, India Today, Times of India, Daily Mail, The Indian Express. She has also been part of various television shows and channels such as Cooking for the crown, Discovery Channel, BBC, Royal Reservations for NDTV Good Times, History channel, Living Foodz, Travel XP, Channel News Asia, among others.

Aaliya’s perseverance has rightfully been recognised and rewarded by government’s bodies and scientific institutions. She has been recognized as Gujarat’s cultural custodian of a Pre- Historic habitat. She has been felicitated by Hello magazine and Royal fables and has been conferred with a certificate for her dinosaur fossil conservation efforts. Femina and the Asian African chambers of commerce and industry have also felicitated her for her conservation efforts. More recently, she made it to the Times of India’s Times Power Women 2019 list for her conservation efforts for the preservation of the fossils. She recently has made it to the first 50 of the 500 most influential list which was conducted by the New York press news agency!

It is not easy to wear with success as many hats as Aaliya Sultana Babi does – Princess, dinosaur expert, hotelier, philanthropist – and this is probably why the world calls this woman extraordinaire the Dinosaur Princess.