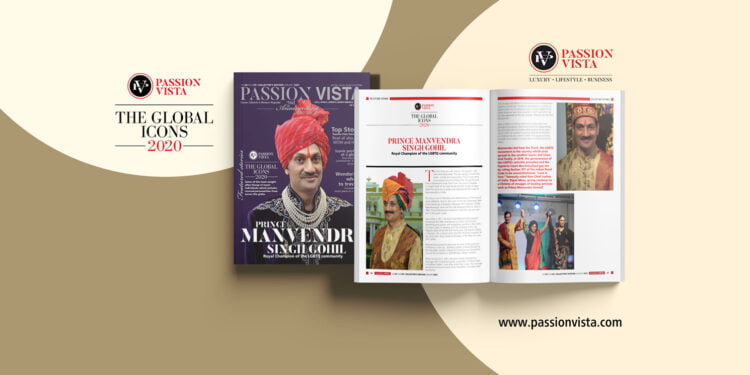 Royal Champion of the LGBTQ community

The first thing you will notice is the speech – soft, calm and impeccable. The demeanour is much the same – simple and unassuming. Thus it may come as a surprise for you to know that this gentle soul, Prince Manvendra Singh Gohil from the state of Rajpipla in Gujarat took on his royal family and the society at large when he came out as queer and championed the cause of homosexuality in India.

His story is one of discovery and determination in the face of acute adversity. And so, let’s start at the very beginning. Born to the Maharaja of Rajpipla, Maharana Shri Raghubir Singhji Rajendrasinghji Sahib and his wife Maharani Rukmini Devi in 1965, Prince Manvendra turned out to be the only son and heir of the royal couple. 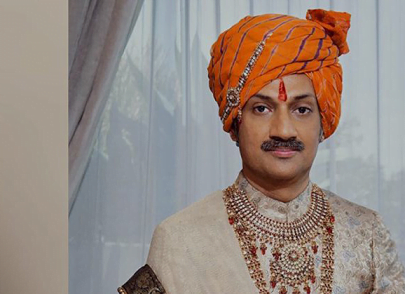 Soon after in 1971, the then Prime Minister Indira Gandhi introduced the 26th amendment to India’s Constitution, abolishing privy purses and recognition granted to the rulers of Indian states. In keeping with the changing times, the Rajpipla royals converted their family seat, the Rajvant Palace in Rajpipla, into a tourist resort and film-shooting location. At the same time, they moved to Mumbai, or Bombay as it was then called.

When he was 25 in 1991, the senior royals arranged his marriage with Chandrika Kumari, a princess of Jhabua State in Madhya Pradesh. Even after more than a year, the marriage remained unconsummated. Soon thereafter, Chandrika filed for divorce.

Manvendra was miserable. He did not feel “normal”. And there was guilt too. Yet, royalty has its priviledges. He started receiving other good offers for marriage, but he steadfastly declined them all. As after a passage of time, one thing had become irrefutable – He was gay.

He managed to keep his sexuality a secret for almost ten long years till it overtook him and resulted in a nervous breakdown in the year 2002. Eventually, it was the doctors who informed his parents about him being queer. They had no choice but to accept the truth, choosing to keep the news a secret. Following this episode, Manvendra left Mumbai for good and began a new innings with his parents in Rajpipla. 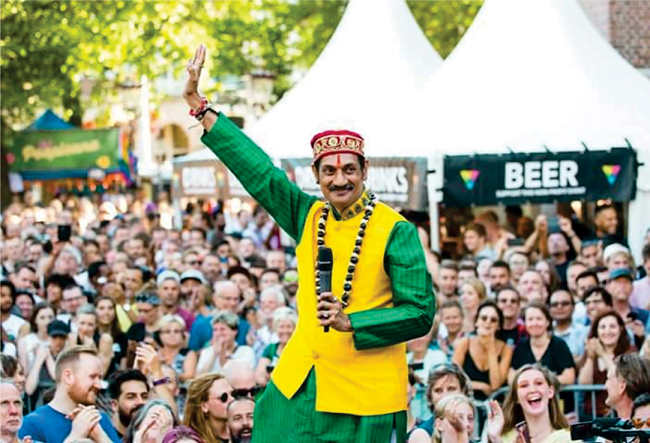 With discovery and acceptance came activism. Manvendra soon found himself ingratiating within the small homosexual community in Rajpipla, only to realise that the stigma attached to being queer was magnanimous. This fuelled his desire to come out of the closet and start a dialogue.

At the age of 40, it was becoming more and more difficult to live a lie. And so, Manvendra opened his heart in a Gujarati daily in 2006 and the story of the “Gay Prince” made headlines across the world.

Expectedly, reactions were polarised. And unfortunately, they were most opposing from those who were closest. His family was quick to accuse him of dishonouring his legacy and disowned him immediately. In Rajpipla, people were shocked and took to burning his effigies. When he appeared in public in town, he was jeered and heckled.

But Manvendra stood his ground, and doing so, became a paragon of hope for all those who lacked courage and feared discrimantion. In addition to the now evolving LGBTQ community in the country, many others too publicly came out in support of Manvendra. He gave innumerable interviews and talks, and people started coming to seek his good counsel.

Very soon, he became the unofficial spokesperson of the Indian homosexual community across the globe. In 2007, he appeared on the Oprah Winfrey show. In 2008, he inaugurated the Euro Pride gay festival in Stockholm. And in 2009, he featured in a BBC series, Undercover Princes. In 2007, he also joined the Interim Governing Board of the Asia Pacific Coalition on Male Sexual Health, known as APCOM, where he served as India Community Representative on behalf of INFOSEM, the India MSM and HIV network.

Coming out of the closet changed Manvendra’s life 360 degrees. With some setbacks and lots of success, Manvendra became the first openly Gay prince in the world. And he used his royal status to champion the LGBTQ cause in India and abroad with grit and grace.

In 2000, he had started the Lakshya Trust. Lakshya is a community-based organisation working for HIV/AIDS prevention among men who have sex with men (MSMs). It provides counselling services, clinics for treatment of sexually transmitted infections, libraries, and condom-use promotion. The trust also creates employment opportunities for gay men and plans to open a hospice/old age home for them.

In 2006, it won the Civil Society Award for its contribution in preventing HIV/AIDS among homosexual men. And in 2018, Manvendra inaugurated his dream project – he opened 15-acres of palace grounds to help house vulnerable LGBTQ people who might otherwise have no support and nowhere to go. 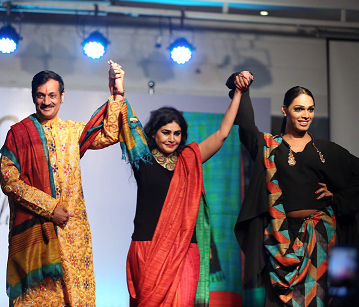 The courage and efforts of frontrunners such as Manvendra played a crucial role in breaking stereotypes in a society as rigid as India. For his advocacy work, he was invited to the Oprah show on two more occasions in 2011 and 2014. He has also appeared on the very popular ‘Keeping Up with the Kardashians’.

After a lifetime of facing adversities at every step, and emerging triumphant, Manvendra found his happy ending. He reconciled with his mother after a period of ten years. And in 2013, he married his partner DeAndre Richardson, an American he met online in 2009. The couple continue to reside on an estate in Gujarat given to the prince by his father.

Manvendra led from the front, the LGBTQ movement in the country which soon spread to the smallest towns and cities. And finally, in 2018, the perseverance of the LGBTQ+ activists prevailed and the Supreme Court decriminalised gay sex by ruling Section 377 of the Indian Penal Code to be unconstitutional. “Love is love,” famously ruled then Chief Justice of India, Dipak Misra, giving credence to a lifetime of struggle of leading activists such as Prince Manvendra himself.