It is hard to imagine a boy from a refugee family in Lyallpur (now in Pakistan) rising to become a kingpin in a foreign land. But Lord Diljit Rana went on to achieve that and much, much more in Northern Ireland as well as the United Kingdom.

Born in 1938, Lord Rana witnessed the partition of India first-hand when he arrived with his family in Indian Punjab, “possession-less,” he remembers. From there to establishing the Andras House Ltd., a large conglomerate in Northern Ireland with interests in hotels, restaurants and commercial properties, his journey has been nothing short of spectacular. 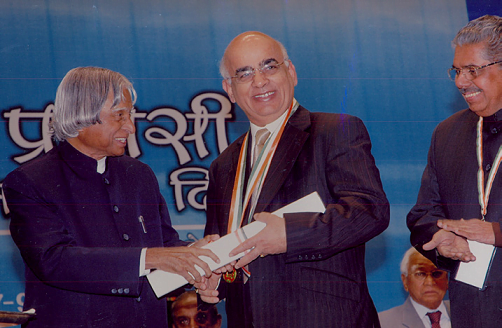 Lord Rana left India in 1963 to try his luck on foreign shores. In 1966, he found his way to Northern Ireland, where he would play a crucial role in the years to come.

In the late 1960’s, Northern Ireland went through what is known as ‘The Troubles’. This was a period of conflict and violence caused by the disputed status of Northern Ireland within the United Kingdom and the discrimination against the Irish nationalist minority by the dominant unionist majority. ‘The Troubles’ lasted almost 30 years, and it is during this period that Lord Rana made some significant and timely contributions in the peace building process.

When it was considered dangerous or downright impossible to do so, Lord Rana facilitated dialogue, mostly in his own home, between people from opposing sides (Republicans and Unionists), key politicians and religious leaders. It is widely accepted that such efforts went a long way in ending three decades years of terrorism with the peace settlement and Good Friday agreement of 1998.

However, more than 30 years of turbulence had brought the industrialised economy of Northern Ireland to a complete standstill. In addition, corporations became afraid to invest money in the country at a time terrorist attacks were common and economy was slipping. This is the time Lord Rana stepped in and helped develop a range of commercial properties for offices, shops and restaurants.

His confidence in the future of Belfast particularly in the eighties was crucial in reviving business activity and economic regeneration in the city. He was the driving force in what became the ‘The Golden Mile’, the entertainment heart of Belfast. He was also instrumental in the development of ‘Harmony’, an iconic statue of peace and reconciliation at the city’s Thanksgiving Square. Unsurprisingly then, he was the first ethnic businessman to be elected President of the Northern Ireland Chamber of Commerce, the region’s biggest business organisation. 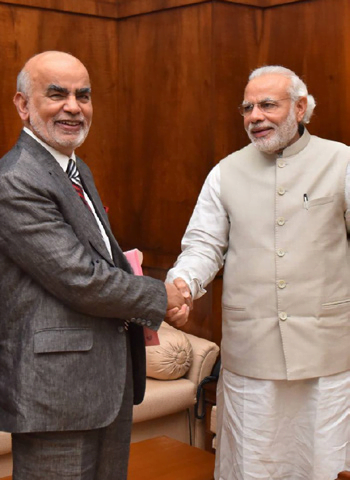 For his business acumen in driving the successful regeneration of Belfast city centre and his efforts to encourage political dialogue which led to peace talks in Northern Ireland, he was appointed to the House of Lords in 2004 by the then UK Prime Minister Tony Blair. Today, he is the Rt Hon The Lord Rana, Baron of Malone in the British House of Lords.

To call Lord Rana a leading businessman from Belfast would be nothing short of gross understatement if you study his achievement in every sphere. He holds honorary degrees from the region’s two universities, Queen’s University Belfast and the University of Ulster, as well as the Bengal Engineering and Science University.

As the Founder and Chief Executive of the Andras House Ltd., Lord Rana has proved a pioneer in the travel and hospitality industry. He holds awards for enterprise from the Confederation of British Industry in the UK and from the Northern Ireland Tourist Board for his work to promote tourism. He was also awarded LCN lifetime achievement award as “Beacon of Tourism” for his contribution to Northern Ireland Hospitality and Tourism in 2016.

There is no dearth of Indians who have found their calling in a foreign land. Lord Rana too, worked his way up to a position of pride and influence aided by years of hard work, smart work and networking. But what sets him apart from others are the ties he maintains and strengthens with his motherland.

As his businesses grew exponentially, he simultaneously took every possible step to bring India and Northern Ireland close by promoting bilateral business and travel ties.

A fact not gone unnoticed by the Indian Government. He was appointed by the Government of India as Honorary Consul for India to Northern Ireland from 2004-2012 and then reappointed in 2014. He was elected President of GOPIO (Global Organisation of People of Indian Origin) International in 2009 and is currently the Chairman of GOPIO International, headquartered in Mauritius.

He has actively promoted business, education, political and cultural links between the two countries, leading a series of business missions from Northern Ireland to India. Due to his efforts, India is the second biggest investor in Northern Ireland next only to the USA and many Northern Ireland companies have set up businesses in India and vice versa.

In 2007, he was awarded the very prestigious Pravasi Bharti Samman Award by Dr APJ Abdul Kalam, then President of India, for his work in promoting links between UK and India, and outstanding service in peace efforts and charitable causes.

In addition to promoting cross cultural links, Lord Rana has undertaken commendable charitable work in India itself. His Cordia Group of Institutes, situated in Lord Rana Edu-City, Sanghol (near Chandigarh), aims to transform the lives of rural youth through world class educational opportunities in an integrated campus with state-ofthe-art infrastructure and personality development in an environment of excellent teaching and learning practices.

In truth, a noble dedication to Sanghol, Lord Rana’s birthplace and his mother, Smt. Jawala Devi’s hometown. Famous Swedish author Henning Mankell had once quoted, “You can have more than one home. You can carry your roots with you, and decide where they grow.”

82-year-old Lord Rana did just that, with flourish.