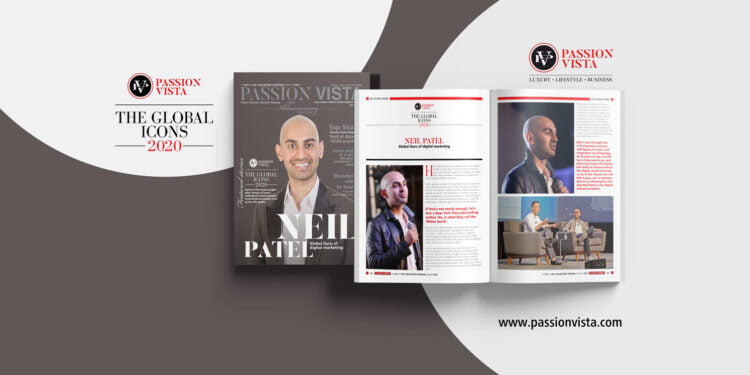 He could have been just another Patel in just another foreign country. But, he turned out to be the SEO guy! If you still can’t guess, we’re talking about Neil Patel; digital marketer, entrepreneur, blogger and angel investor; prolific in each role. 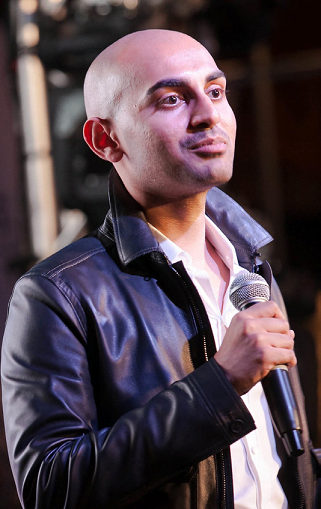 If that’s not nearly enough, he’s also a New York Times Bestselling author. His, is what they call the ‘Midas touch’.

His story is the stuff of dreams. Neil dreamt big and toiled hard to ensure those dreams become his reality. Born in London in 1985, he grew up in La Palma, California. Yet his Gujarati heritage was never too far away. He felt entrepreneurship in his blood and used to scout for business ideas when he was as young as a teen.

His first was selling burned music CDs. Following in his cousin’s footsteps, he started selling CD’s, releasing soon it would never be profitable enough. His next was selling black boxes to school students and their parents until he figured that that could land him in legal trouble. His third was producing discounted car parts, after observing that his high school peers would get their cars fixed with aftermarket parts.

There were other business quests too – Neil worked at Knott’s Berry Farm where he was given the task of keeping the washrooms clean. He lasted three months. Then he joined an organisation to sell Kirby vacuums, but most American families were not interested in buying one for $1600.

A chance encounter with his sister’s boss, an Oracle consultant, set Neil on his path when he discovered that the boss was making $250 an hour. 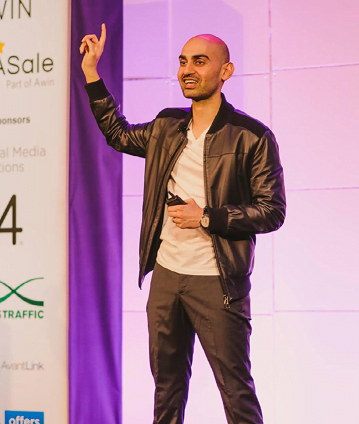 He began researching Oracle consulting jobs at Monster.com. Curious that he was, he was soon researching Monster. com’s business plan and how it made money online. He then went on to launch a similar website called Advice Monkey when he was just 16.

Neil was nearing 18 now and needed to pursue a college degree. He enrolled himself in the Cypress Community College. Some classmates who by now were familiar with his passion for search engines introduced Elpac Electronics to him. He worked on Elpac’s strategy as a consultant and earned himself a deal of $3500 a month. Neil then knew this is it.

With his passion, work commitment and determination, he was now ready to launch his own internet marketing company. Years later, his companies KISSMetrics and Quicksprout were valued at more than 10 million dollars. He also co-founded the tracking app Crazy Egg and was the brain behind the free keyword tool Ubersuggest.

With the ever-changing world of technology, Neil knew the name of the game was ‘evolve’. He studied, learned and constantly upgraded his knowledge to remain at the top of the game. Through the years, he’s helped an impressive list of clients like Amazon, Microsoft, Airbnb, Google, Thomson Reuters, Viacom, NBC, Intuit, Zappos, American Greetings, General Motors, among others, to grow through marketing and increase revenue.

In his own words, his favourite term is “traffic” and there’s nobody who can gauge and increase search engine traffic as well as Neil, whose content and engagement knowledge is legendary.

In the process, Neil has become a brand unto himself. Suave and sharp, he’s everywhere in this social media-driven world, educating marketers and growing businesses. Chances are, you’ve read one of his many articles or books, heard him speak, or watched one of his videos.

Especially because his newest endeavour is his most publicly successful yet. We are talking about his personal blog as well as ‘Neil Patel Digital’, the personal consultancy site that has become the go-to for every digital marketer. Neil uses both not only to garner business but also to share his knowledge and disseminate information with his huge fan base, which has only swelled in number with this personal venture.

We really weren’t kidding when we said he’s everywhere. His marketing blog generates over 4 million visitors per month (with 51% of them spending money on paid ads), his Marketing School podcast generates over 1 million listens per month, his YouTube channel about marketing has over 31 million views and 765,000 subscribers, and he has 1 million Facebook fans and 372,000 Twitter followers.

A born orator fluent in English, Spanish, Gujarati and Swahili, Neil has spoken at over 300 conferences and companies around the world. From speaking at Facebook and Thomson Reuters to every major growth marketing conference, he’s travelled widely and shared his skill set in every corner of the world. 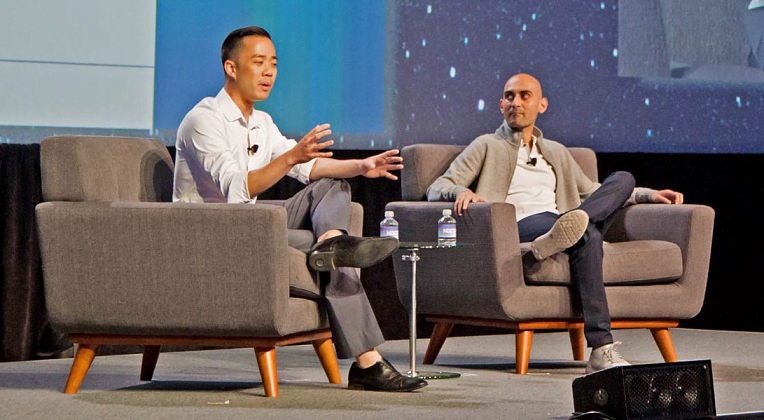 A glimpse at his blogs will tell you that he feels strongly about sharing his mistakes too, more so than his successes, for he thinks people have more to learn from mistakes. And by analyzing his own, he’s always in a race to better himself and increase his productivity. Like most successful people, he begins his day really early with some form of physical activity and carries out his work by dividing his day into small blocks of time.

Neil’s core strength lies in his business acumen, willingness to learn, and adaptation to technology. At 35 years of age, he still has a long way to go, and there are many who follow him daily to foresee where the digital world will lead us to, in the future. For call him a guru, pro or pioneer, there’s no denying the fact that Neil Patel is the digital industry prophet.