His name may not ring a bell. For that’s the thing about the best philanthropists – they serve society and make no din. However, it would be safe to assume that they all achieve success beyond the ordinary. And one among them is Shri Kailash Kumar Jain.

Hailing from a chartered accountant family, Mr Kailash was keen to become a financial and tax advisor in his youth. He was quick to clear his CA exam, followed up with an MBA from Manipal University, and top Harvard in the Entrepreneurship in emerging economies course. He also obtained a PhD from the University of Arizona, completing an envious academic journey. 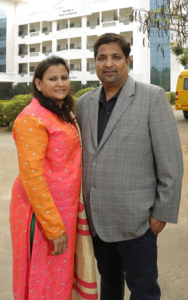 Today, the audit firm he started in 1996 is one of the most prestigious in Coimbatore, Tamil Nadu, where he resides with his family. He is well regarded in arbitration and has secured decisions worth crores in favour of his clients. He even handled assessment cases in income tax departments for ten years.

Converse with him, and he’s quick to credit his success to his family. “I was brought up with extreme values of hard work, teamwork, and the determination to succeed,” he says. He is born to Shri Meethalal Jain and Smt. Bhagwanti Bai in 1973, Kailash shares that his father was his first inspiration.

Today his family also includes his wife Trishala Kumari and two sons, Bhavik and Shreyans. “While my wife is a partner in my success, my kids have inspired me.. to embrace technology with a change in consumerism. My elder son, who is with KPMG audit, has mentored the digitisation of all my work,” he adds proudly.

Family man, expert professional, market leader… What truly propelled Mr Kailash to iconic status is his shift towards social service. As an accomplished chartered accountant, he has participated in various national conferences and given guest lectures in NIIT, CMS, IIM, CPS and other institutions. 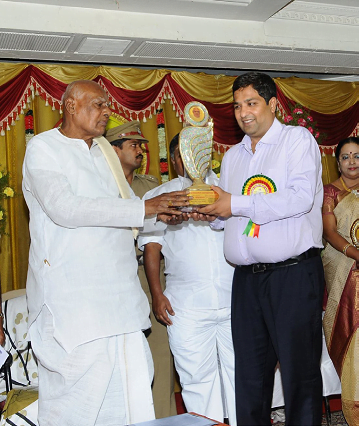 Following his foray into education, it didn’t take Mr Kailash long to turn towards other activities aimed towards society’s welfare.

Kailash has four brothers and three sisters. After he lost his younger brother Pravin in 2008, he contributed Rs 10 crores. He built a Dharamshala at Palitana, Gujarat, named Pravin Meethalal Bhavan, and a Pravin Seminar Hall at the college he studied.

At an age boys can only be bothered about sports, Kailash was already involved in a few charitable programmes when he was in the eighth standard. “It is not about going to a temple, praying every morning, or performing some ritual. It is about trying to be a good human being,” he says adding it was this spirit which pushed him to do better and be better.

As a trustee of various charitable institutions and NGO’s, Mr Kailash has been in a position to serve the society in myriad ways. He has undertaken numerous philanthropic projects both in Coimbatore and Gujarat. He is the President of Coimbatore Animal Welfare Society which takes care of thousands of cattle and birds in Coimbatore. He has been conferred the Excellency award from Tamil Nadu’s governor for adopting Tholampalayam village and social and ethical contributions to various social organisations. He also won the Paul Harris fellow award from the Rotary Foundation and the Best New Generation Director Award from RD3201 District along with Rotary II level major donor award for contributing $25000 to the foundation.

Kailash has a single mantra for a fulfilling life – ‘Learn, Earn, and Return’. His next wish is to construct a hospital to serve the needy in his hometown of Coimbatore. He also wants to pursue writing a book as a means to mentor young minds. 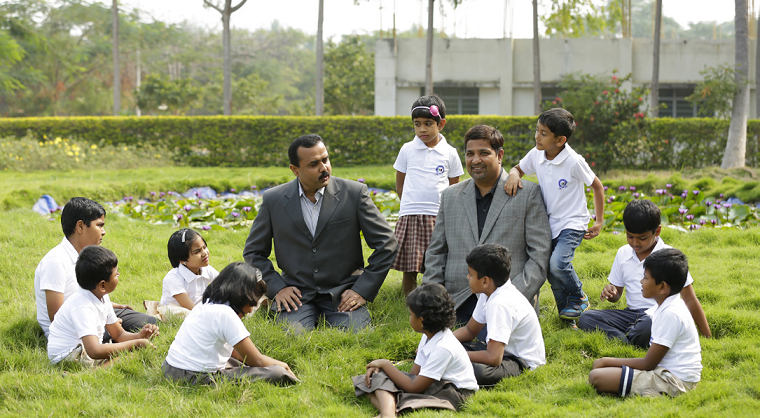 Talking about making a difference, Kailash says, “A man who never wore a watch, carries no money in his pocket, and does not even possess a mobile, has single-handedly created the finest bank, HDFC, the man in question being Mr Aditya Puri. I want everyone to feel inspired by such a lifestyle.” He goes on to advocate the benefits of meditation towards a good and healthy outcome stating that meditation should be one’s primary business, and all other businesses should be secondary for one’s growth. He looks up to the illustrious author Yuval Noah Harari, who is rumoured to meditate for up to two hours every day.

Kailash also considers it essential to connect with friends and relax with music. He can often be spotted listening to melodies, especially those of Nusrat Fateh Ali Khan Saab. He’s also an avid traveller and hopes to visit al the continents and half the world’s countries by 2024. He has been to 40 countries and all big continents except South America and Antarctica.

This affinity for travel and hospitality has seen him launch a water theme park under the banner of Kovai Kondattam while two more luxury resort properties are getting ready to be operational soon.

With people looking up to him for support and guidance, Kailash has had to assume leadership throughout his life. His favourite leader, however, is Yuval Noah Harari. “Yuval Noah Harari is a true leader who has created a movement with his pen,” he says with admiration.

He is a simple man, what Kailash doesn’t know is that he is their Yuval Noah Harari or perfect leader for many people.