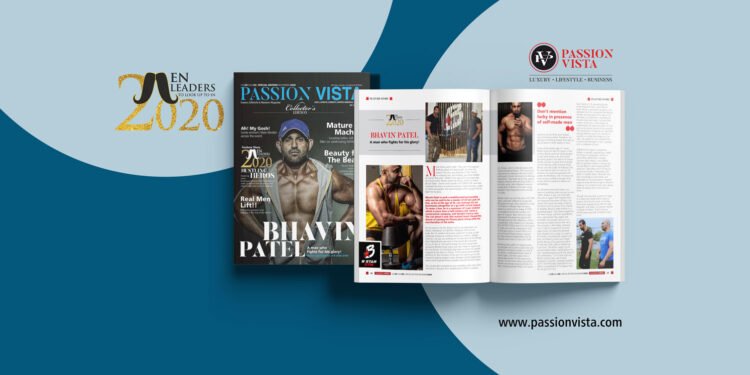 in Men Leaders to Look Upto 2020
Reading Time: 4 mins read
A A
Share on FacebookShare on Linkedin

A man who fights for his glory!

Marie Forleo said it right -”You can’t find passion thinking about it in your head” as when the passion hits you, you embrace it, then there’s no stopping you, and instead, you dwell deeper to cherish the same. Similar is the case with a businessman by chance and a fitness activist by choice, artistic at mind, Bhavin Patel – Owner and Founder of B STAR GYM, who has inherited not only a successful business empire but also, a zest to follow his passion and sportsmanship which taught him to fight for his glory.

Bhavin Patel is such a multifaceted personality who can be said to be a master of all but jack of few, as he at the age of 45, can manage his six businesses altogether at a go with varied nature. To name a few, he is a successor of a gas station which is more than a half-century old, owns a construction company, and designs luxury cars. The List doesn’t end; this zealous head chased his dream of owning his fitness place along with his merchandise of the same. 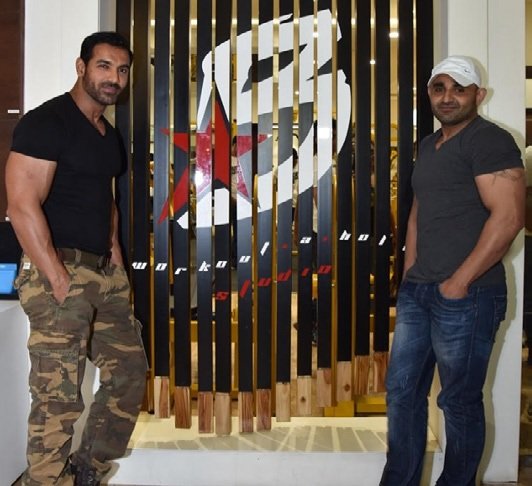 At one point in his life, Bhavin had to stay dependent on heavy medications to fight the imbalance and inactive body. But his resilient will-power urged him to take up the challenge to become medicine-free in six months. Weight training, running, and working on his diet were all the things that helped Bhavin get back to that toned abs and arms he has to die for. During this phase, he could spend time analysing different body types and their needs to figure out the mechanism of individual body types to which he started suggesting diet plans to follow. To his surprise that worked perfectly on the members of the gym he used to go to and instead of seeking dietitian’s help, members started seeking his advice which boosted Bhavin’s passion towards having his gym.

The recuperation experiences and a meeting with actor John Abraham in the year 2011 contributed to Bhavin’s passion for fitness. John’s meticulousness with food stimulated Bhavin. The fascinating conversations between the two fitness enthusiasts struck the bond of a lifelong friendship. They both are strictly against tobacco alcohol and any drug intake. In no time, actor John Abraham became a vital part of Bhavin’s life even today, wherein they frequently communicate in a day.

Bhavin came up with the plan of B STAR Gym, and John offered to inaugurate the place himself. John showed so much confidence in Bhavin that he had to meet his words and so today, B STAR is considered to be the number one gym of Gujarat. Also, the entire gym equipment has been encrypted with the signature of John Abraham, which is patented. John stated in an interview that BSTAR GYM is one of its kind gyms in India and can be compared to one of the best gyms in South Africa. It is one of those fitness heaven revered by International bodybuilders like Kai Greene who loves to train at B STAR.

Breaking the pattern of regular gyms, he decided not to hire nutritionists and dieticians instead he prefers to attend to clients, understands their needs & body types, and then gives them a personalised plan for the miraculous results. To add more about his passion, Bhavin has trained several athletes for free, including Rutvik Bhatt, the fastest swimmer to win three gold medals and one bronze medal. Therefore, he believes in enrolling people who seek an overall boom in their quality of lives.

It was at the tender age of 7 when Bhavin found his love for sports. A fan of Boris Becker and Ivan Lendl decided to give lawn tennis a try. He started practising against the wall of his house initially and got so good that he finally started training under Pramesh Modi. Bhavin won the under 18 National Title for lawn tennis when he was just 16 wherein, he could have appeared for under 16 effortlessly. Still, he chose not to as he was confident enough of his victory that he wanted to defeat the competition.

An achiever knows that there is no return in anything unless you put in your 100%. Bhavin is also one such highflier who is against half-hearted work and espouses the power of focus. He reveals that sports are deep-rooted in his blood since he comes from a family of athletes. Bhavin’s elder brother is a basketball player. Their father played for the Ranji Trophy, and their grandfather was a spectacular Polo player and a wrestler. No wonder why he is so focused and determined in life. He is the youngest in the family, receiving much cheer to outperform at every opportunity. He staunchly believed that whatever he is today; he owes to his family’s unconditional support and love, but Bhavin’s world was shaken by the demise of his generous father in February 2020, who he looked up to as God. “My father taught me to accommodate others’ needs before my own. He bestowed me with the value of this selflessness.” To his fond memory, Bhavin constructed, and himself designed a futuristic minimalist building with 5-inch thickness dedicated to his father as a landmark of his legacy that he has got from him.

Ever heard of CA operating bodies in the hospital? Nah, right! Bhavin Patel, being a commerce graduate, has designed cars for companies like Maruti, Honda, and Hyundai at the age of 23. He loves to modify them according to his penchant and make it an exclusive version of his own. Surprisingly, he understands the head and heart of cars just as any doctor would of his patients. The mechanism of diverse cars and their varying features vary from country to country is a study that keeps him on toes. His avidity for cars impelled him to work hard enough to own a garage with a collection of cars.

Though this busy bee is short of 7 days in a week and needs 30hrs a day to quench his thirst for work, in his free time, loves staying home with his wife, daughter and dogs. His success mantra is simple to follow- “Pull in all your efforts every day with consistent hard work.”