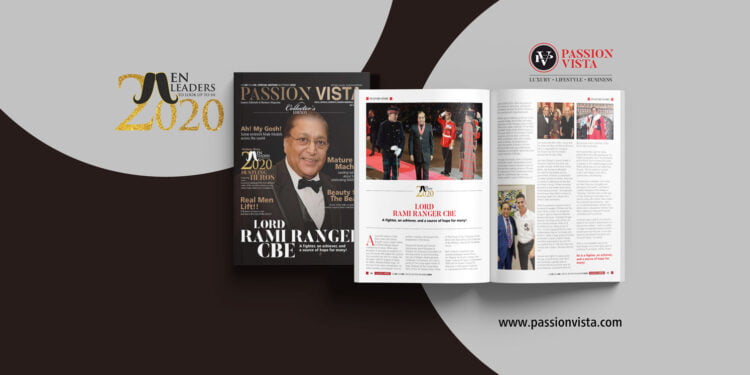 in Men Leaders to Look Upto 2020
Reading Time: 3 mins read
A A
Share on FacebookShare on Linkedin

A fighter, an achiever, and a source of hope for many!

A man with values is richer than a man with money. Brought up by a single mother, Lord Rami Ranger became a wellspring of values. While value education is not a part of academics, it was the former that helped him become the successful man that he is today. His life began with the tragedy of losing his father, Shaheed Nanak Singh, for the love of the nation. Nonetheless, he drew inspiration and strength from his mother, a teacher, who became the breadwinner of the family.

Despite the familial and financial disturbances, Rami flourished to become the Chairman of Sun Mark Ltd and Sea and Air & Land Forwarding Ltd, two of Britain’s fastest-growing companies. Furthermore, he is also a patron of the Conservative Friends of India, Treasurer of the Conservative Party, Patron of Combat Stress, Fellow of The Prince’s Trust, Chairman of the British Sikh Association, and Chairman of the Pakistan, India & UK Friendship Forum. 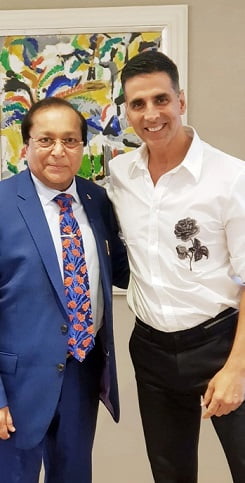 Both of Rami’s companies have received prestigious awards from Her Majesty the Queen, namely, the Queen’s Award for Export Achievement 1999 and the Queen’s Award for Enterprise in International Trade for an unprecedented fifth consecutive year (2009-2013). With the power of his morals & hard work, Lord Rami’s company became the first in Britain to be credited with these bestowals.

When you’re trekking to the top of the success ladder, the hurdles ultimately lead you to life-changing opportunities. Rami was made a Member of the Most Excellent Order of the British Empire in the year 2005 for his services to British business and the Asian community. With a steadfast vision and a tireless work schedule, he progressed to raise the profile of Asians in Britain. He launched many groundbreaking initiatives to strengthen democracy and social cohesion in Britain.

To back his mission, Rami co-founded the British Asian Conservative Link to encourage Asians to become a part of the decision-making process of Britain. It is because of this Conservative Party that he could throw light on how Asians weren’t a part of the House of Commons until then. Rami, along with the other members of the Conservative Party, is responsible for changing the Asians’ and the Tori leaders’ perspectives for each other.

Lord Rami Ranger’s staunch belief in Hinduism made him the voice and founder member of the Hindu Forum Britain. He strongly emphasized the need for the people and the government of Britain to understand the belief systems of Hindus. Rami was successful in addressing his fear that the Hindu’s living in Britain would be pushed to a low-esteem zone owing to demeaning remarks. He organized the first-ever Hindu Ball in London to showcase India’s rich culture and a Hindu’s deep sentiments.

While he achieved massive success in bringing the people of Britain and the Asian Hindu’s closer, he recognized it wasn’t right to make the Pakistani Muslims feel lesser. To bridge the gap between the three communities, he instituted the Pakistan, India & UK Friendship Forum. Being a man of firsts, he also organized the first Joint Independence day for the Hindus and Muslims. Today, a large group of Hindus and Muslims stands united in Britain. Lord Rami expressed his joy over this accomplishment as “We now have one country and a Queen. We have become one.”

Anyone who fights for peace paves the way to the Promise Land. Rami demonstrated a grander side of interfaith tolerance and the need for peace between humankind when he became the active Chairman of the British Sikh Association.

Rami learned the need for being passionate in life while growing up. He makes resourceful use of the fellowship at the Prince Trust to impart the value of passion to the underprivileged youth. When addressing one such gathering, he said, “All one needs to succeed in life is self-respect, work ethics, commitment, and empathy.”

Life becomes a complete circle when you learn from your struggles and give back to the world. Lord Rami is a perfect example of the display of “empathy.” He looks back on the days of how receiving an education was a task for a boy who neither had a father nor a strong financial backup. And so, his aid and donations towards the betterment of educational facilities have been a blessing in disguise to several universities and its students. 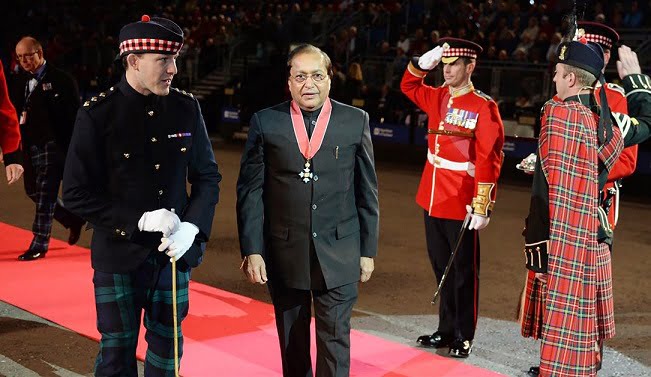 Lord Rami gives credit for his altruistic deeds to his mother’s determination to educate her children. “Had my mother not been an educated woman herself, I would have never become a man who supports educational institutions and the youth today,” he reveals.

What is commendable about Lord Rami Ranger is his never-dying spirit of partaking in numerous worthy causes.

He is a fighter, an achiever, and a source of hope for many!