The Leading Man and Hero for his Family, Business, and Adventures

A family that sets an example nurtures their children with qualities like hard-work, sincerity, and generosity. Television & film actor and MTV fame Rannvijay Singh comes from a family of prosperous people who set the bar of accomplishment high from the beginning. He draws inspiration from his grandparents and parents, who he has learned the best of his life lessons, to become the spectacular icon that he is today.

Five generations of Rannvijay’s family served in the army, while the women at home demonstrated severe strength in living life. A combination of confidence and strength aided in building his very charming persona. Such is the bonding in the Singh family that all his ambitions, happiness, adventures, holidays, and the like revolve around them and his friends. “My life has no point without my family and friends. They are my priority and will always be,” he adds. 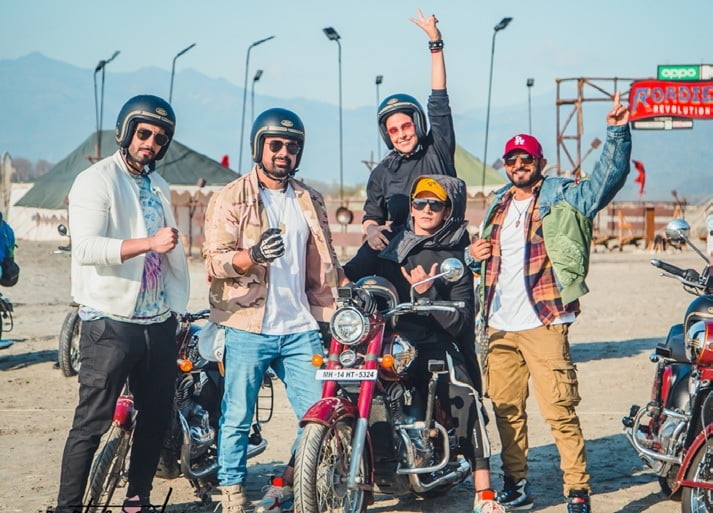 Rannvijay believes in making the most of every opportunity after understanding one’s own potential. He ideates that one is not doing their job as a human if they aren’t aiming to achieve the optimum of their flair. Being a passion-driven person, he maintains that he doesn’t concur that he is the “best” at one thing. Rather, he strives to be better than average or even good at something. Such is the charm of his thoughts that the youth look up to Rannvijay for encouragement.

Being so in love and interested in the work he does makes this star seem like a glowing bead of energy and enthusiasm. So be it attending a game at the end of a long day or riding a bike to Leh, nothing mentally tires Rannvijay. He seizes every work opportunity, making him one of the most sought faces on Indian television.

Adventure and Rannvijay have always gone hand in hand. We hear the word “Roadies,” and we conditionally associate it with him, the first winner on the show. It is this very aspect of his work life that gets his heart beating in excitement. The tasks in Roadies, the adventures he performed for the action web-series Pukaar, or the stunts in a movie are things he enjoys about his job. “When performing an action scene, you’re not just a character on the show. It isn’t just acting. It is about being physically involved in a challenging activity. I love it!”

Nonetheless, watching his daughter run towards him is a feeling that competes with nothing else in the world! Rannvijay is indeed a textbook example of striking the right balance between a time-demanding job and family.

Every person interprets success differently. While the world tries to weigh him down with questions like why his last ten films haven’t been a box-office hit, Rannvijay’s take on success is extraordinary. The reality that he started working at the age of twenty, that he inspires thousands, and above all, that his parents are proud of him adds up to his interpretation of success.

Today, Ranvijay is the face of many brands and is in talks to associate with several businesses. Had he let the opinions of those who questioned his work back then affect him, he wouldn’t be confident of the accomplishments he’s making. “Lastly, if you are happy, you are successful. Being with a family that loves and appreciates you, outline your achievements.”

Rannvijay is one who doesn’t stop with the crowd, but one who chooses a path that makes him happy. He is the proud owner of a company that organizes sports leagues and a clothing brand called Disrupt. The world is also watching him in the current season of Roadies and Splitsvilla on MTV. Very soon, Netflix will launch a series titled Mismatch that stars Rannvijay in an enthralling role. But of late, Rannvijay is investing quite a lot of his pandemic time in vlogging. He is also actively staying involved in making the required changes in his businesses to flourish in the post-covid era.

Having experienced ups and downs in life, Rannvijay urges people to take an interest in what he does in life apart from being a celebrity. He worries that a large part of today’s youth feels that having a starry profession is enough to live happily. But he opines that they should think less about how to earn money and more about the right ways to save and invest their income.

A creative spark of wanting to travel, ride, and follow adventurous dreams allowed Rannvijay to try something no one in his family had. “Roadies defined me. By the time the show reached season five, I met people who wanted to perform tasks as I did.”

Eventually, he became a part of the selection team, which later even sped off internationally. For Rannvijay, the seventeen-year journey on Roadies from being a contestant to an anchor to the one who challenges gang leaders on the show is a collection of irreplaceable memories.

Rannvijay Singh is not just a celebrity. He is the leading man and hero for his family, business, and adventures. 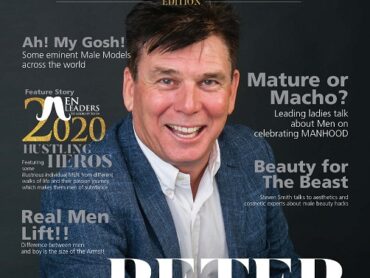