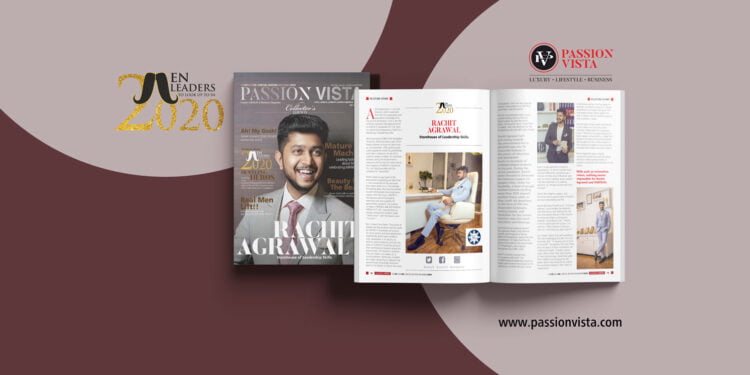 in Men Leaders to Look Upto 2020
Reading Time: 3 mins read
A A
Share on FacebookShare on Linkedin

A third-generation is one that blossoms with innate skills from the first generation and expanded knowledge from the second generation. Such is the life of Rachit Agrawal, Managing Director of SUNTECH Geotextile Pvt. Ltd. Born in a family of entrepreneurs, Rachit is a storehouse of leadership skills.

After pursuing his BBM from Bangalore University, Rachit became a part of his family business to hone his adroitness as a businessman. After gaining quite some experience under his grandfather and father’s direction, he set off to make his dream a reality. His inclination towards saving the environment’s resources and his love for nature led to the inception of SUNTECH Geotextile Pvt. Ltd. Rachit proudly calls this company his “brainchild.”

Rachit wants to give back to the environment everything we take from it. He is respectful of the resources that nature gives to us. The stronger this feeling grew, the more he wanted to plant his business that could serve nature. With this vision, SUNTECH has become one of the leading manufacturers and suppliers for geosynthetic products. His another company THERMOCARE ROCKWOOL (INDIA) PVT. LTD. manufactures an energy conservation product called “Stone wool ” with the brand name “Sunrock.”

But it doesn’t end there! Thousands of people use the products manufactured by SUNTECH to prevent soil erosion, for flood control and land stabilization. Additionally, Rachit also installed a Solar generation in his factory to reduce carbon footprints and also the team at SUNTECH could feel proud of their contributions towards saving the environment. The factory is pollution free unit, there is no water, air or sound pollution. Rachit also installed rain water harvesting to replenish the ground water & sewrage treatment plant at his factory to reduce the water consumption. Even the raw materials used to make products at SUNTECH come from recycled sources.

The list of environment-safe sources is never-ending, but so is Rachit’s determination to keep the world green. He loves the name “Green Earth Crusador” and truly deserves the title for planting over two-lakh trees till date.

Rachit Agrawal isn’t just caring towards the environment but is philanthropic too. He staunchly believes in the power of education and distributed books to hundreds of underprivileged students in the past. During the recent pandemic, Rachit came forward to showcase his immense respect for people’s lives. Under his headship, a team of people worked towards sending more than 1500 migrant workers home safely as they could. His donations in the form of PPE kits, disposable bedsheets, testing booths, and medicines for the corona warriors won him much adoration and blessings.

Such benchmark products backed by a genuine dream surely deserve awards and recognitions like the National Entrepreneur Award from the Government. Of India, First Prize for Export Promotion by the Government Of Chhattisgarh, and a Special Recognition by CWRC, Delhi. 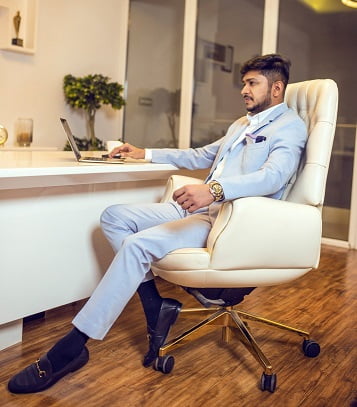 Rachit’s humility complements his closeness with Earth. His multidimensional leadership ensures a happy work environment. Based on his experience, he finds that one cannot have a single approach to lead an organization. He tries to handle every situation differently, sometimes as a mentor, at times as an influencer, and even as a team member when needed. “My best approach is to ‘lead by example’ as it brings out the best from my team.”

Values like integrity, respect, and humanity have a special place in Rachit’s personal and professional life.

Rachit describes himself as an “irrational optimist” since he likes the adrenalin rush that comes with taking risks. He has encountered failures in the process but discounts them as temporary setbacks. According to him, “Failure is not the alternative for success. It is common. What matters is how you react to it and what you learn from it.”

As a leader, Rachit finds self-awareness the most challenging but also the most important skill. “It requires you to focus on yourself.” He explains that only those who are aware of their motivations can understand others’. A leader cannot coach others when they aren’t aware of their shortcomings. Rachit also adds that a leader should always be self-aware about their emotions to control the emotional climate in their team or organization.

A self-aware person has the space for empathy and Rachit roots for it. Being empathetic has taught and given him invaluable lessons, which aided him with a holistic view to handle situations and customers’ needs.

For the high-octane leader that Rachit is, he makes sure that every team member understands the company’s vision. Therefore, he urges everyone to have regular conversations, a habit that became stronger during the lockdown. He brought out the creative leader in him during this phase to overcome the distance and hurdles that came with it.

Rachit Agrawal’s plans include conducting workshops and providing education about geosynthetics to academic institutes and industries in the future.

With such an innovative vision, nothing seems impossible for Rachit Agrawal and SUNTECH.