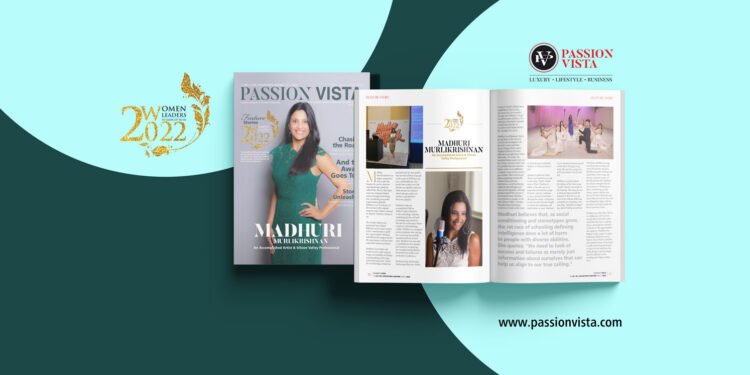 Her artistic talents and generosity have helped different social causes as part of her commitment to uplift the impoverished. Madhuri embellishes her songs with her life experiences, and they have captivated numerous hearts.

Madhuri has written and produced over eight original songs and mashups, including conceptualizing, directing, and producing music videos. Her unrelenting attitude has touched over ten non-profits that served millions of people in the areas of childcare, pet care, and healthcare. Her tracks have scaled over 50k listeners on Spotify, and over 360k streams on JioSaavn which also got a place on JioSaavn and Spotify’s Discover playlists.

Madhuri is also an accomplished Silicon Valley Product Marketer in the technology industry, combining her love of both technology and creativity. She thrives in the space where creativity and technology collide. Madhuri is a computer science graduate who, during her career, has successfully transitioned from several roles. Madhuri was also able to establish her own identity and brand by recognizing her complementing abilities from both her artistic and professional endeavors.

Madhuri leads the Product Marketing efforts for Adobe Creative Cloud’s collaborative capabilities. Prior to this, she drove the Go to market strategy for VMware’s Cloud transformation solutions. Her industry and product-agnostic consulting expertise at Accenture and Slalom helped her navigate her career.

Madhuri is enthusiastic about giving back to the women’s community to empower the diversity causes and help them navigate their careers. Madhuri believes it’s often difficult to navigate your career efficiently. For many, the intended future career may not be a linear, vertical, senior role. It’s possible that our intended future career is in a different company, team, or may need a new skillset. She is convinced that recognizing transferable skillsets from previous experiences, as well as having a plan for the skill gaps and areas of development, will help position oneself for success in any desired career. Madhuri was invited as a speaker at the 2021 Silicon Valley’s ‘Women Transforming Technology’ conference to talk on this topic of ‘Identifying transferable skillsets to find your dream job’.

Madhuri’s platform, Flute Theory was named as an ode to her father ‘Murli’ which means ‘Flute’. Madhuri’s father is the sole source of inspiration behind her songs & music, and she continues to stay connected with him through her songs. A dreamer, as she describes herself, fought to realize her ambitions and aided others in need. Madhuri is on a mission to know herself a little more through every song. She says her songs are a gift to her future 70-year-old self.

Madhuri is excited about the release of her latest song “Azadi” which is currently in the making. The song she says is about giving yourself the freedom to live life on your own terms without following a template or a checklist. Her last song, “Apnalien Zindagi,” was about finding acceptance.

Pehchaan, Madhuri’s song, was about discovering selfworth & identity, whereas Khushi was about finding real inner bliss. Every song, she claims, contains a piece of herself and her life. Madhuri has always thought that the secret sauce is “finding your why” in anything you do. Dance, music, and her day job as a Product Marketer are more than just job for her; they are things that align with her purpose, making it simple for her to prioritize them.

Madhuri uses the Flute Theory to collaborate with various non-profits across the world, contribute her time teaching dance, and urge her students to donate to the organizations she supports. Madhuri has helped a wide range of causes, including children’s cancer, Indian Army Martyr families, and animal rescue. It has been a really rewarding experience to share the joy and have fun while doing it, and she hopes that the influence is far-reaching and impacts many lives.

Madhuri believes that, as social conditioning and stereotypes grow, the rat race of schooling defining intelligence does a lot of harm to people with diverse abilities. She quotes; “We need to look at success and failures as merely just information about ourselves that can help us align to our true calling.”