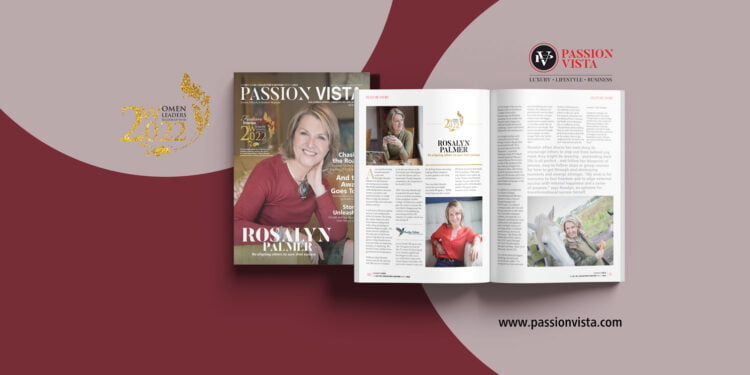 Re-aligning others to sure shot success

As an award-winning transformational coach and therapist, Rosalyn Palmer is in the business of creating success stories. She works predominantly with entrepreneurs, business owners, executives, and maverick leaders, to enable them to align the outward success of their life with inner balance and joy.

A self-starter, Rosalyn’s global success is an amalgamation of her life-lessons. She brings the unique fusion of a first-class business background with a deep psychological understanding of people. This stems from her childhood, the early part of which was spent living above her parents’ grocery shop. Rosalyn never read any books on leadership, business, or marketing. She lived it! From a family of two-generations of entrepreneurs.

While at school, Rosalyn always went for the starring role. She was an A-student; at 16, she was chosen as the Girl Guide from Nottingham to meet the Queen; and in a nationwide Young Enterprise competition, she stepped up to be the MD (CEO).

After University, Rosalyn got accepted for the post-degree course in Fashion Journalism at the prestigious London College of Fashion but couldn’t gain the money to attend. She was bitterly disappointed, but it led her to the publishing, advertising and then PR industry in London, which was just taking off.

Lynne Frank’s PR agency was ‘the’ UK agency to work for (the TV series Ab Fab is based on it). Rosalyn applied and thus began an early career in a world where trips on the Orient Express, breakfast with movie stars, launch events with the Rolling Stones and seeing leading fashion designers at close quarters, were daily occurrences.

Two years later, Rosalyn started her own highly successful PR agency – RPPR, which later won the coveted PR Week Award for Best Small UK Consultancy. That same year, Rosalyn was runner-up in the ‘Women into Business’ Awards. 10 years after it was founded with £5,000, Rosalyn sold her PR agency with a turnover of £1.3 million.

At the height of her success, Rosalyn had an 8-bedroom London house with a housekeeper. It all looked amazing on the outside, but Rosalyn paid a huge price with her health and mental wellbeing. Cancer and divorce followed in the ensuing years.

As a single mother newly returned to the UK after living overseas, Rosalyn had to reinvent herself. Then, an amazing synchronicity happened – a personal invitation from RTT (Rapid Transformational Therapy) creator Marisa Peer to train as one of the pioneers of her new therapy dropped into Rosalyn’s inbox. She trained, loved it, became a trainer for the next 10 courses, and is now a world leading practitioner to individuals and groups in this field of therapy.

In addition to certification in Advanced Rapid Transformational Therapy, Rosalyn is also a Clinical Hypnotherapist and NLP Coach. As a natural communicator, she’s the wellbeing expert for a radio show, has a monthly newspaper column, two podcasts, is a featured contributor for many publications and platforms and a multiple Amazon #1 self-help author. A multiple award winner, she was an Honouree – The Brainz 500 Global list of 2021, and the Best UK Coach/Therapist for Trust Transformation therapy/coaching – Janey Loves Platinum Award 2019.

We ask her about the biggest challenge she has faced, to which she replies, “I’ve realigned my inner and outer life and wellbeing after many setbacks. My resilience and good internal voice have been key to this success. An inner critical voice is the biggest impediment to women leaders. A voice that cruelly tells you that you are not enough. That you are not educated enough, pretty enough, successful enough. That’s why I do the deep mindset work to free them.”

Women in leadership are one of Rosalyn’s key client cohorts as they face up to how stressed, exhausted, and overwhelmed they’ve become and finally turn to therapists who are wellness-warriors. “I’m passionate about enabling them to create lives that feel as good on the inside as they look on the outside. One can get caught up in the ‘do more to be more’ trap and not enjoy the rewards,” adds Rosalyn.

Listing her strategies for helping women, she states: “Create balance and a feeling of self-worth, then adopt the following strategies: Have determination; Cultivate gratitude; and Ask for help. Men have had clubs, networks, and support systems for hundreds of years. Women now need to develop and use them.”

Rosalyn often shares her own story to encourage others to step out from behind any mask they might be wearing – pretending their life is all perfect – and follow her blueprint of proven, easy-to-follow steps or group courses for how to get through soul-destroying moments and emerge stronger. “My wish is for everyone to feel freedom and to align external success with internal happiness and a sense of purpose,” says Rosalyn, an epitome for transformational success herself.