WHEN THE GOING GETS TOUGH, THE TOUGH GET INNOVATIVE!

Mr. Shafee Maniar, Group President of Maniar Group, is a revolutionary leader with indigenous ideas, truly an advocate of Make in India, honoring the skills of Indian Manufacturing and Technology.

Long before, Indian Industrial Revolution, in 1946, Maniar & Co. was ignited by Lt. Abdul Rahim Maniar (beloved father of Shafee Maniar), as an entrepreneur, hungry for carving his own journey, in Bombay (now Mumbai), into the business of fabrication of hand carts, bullock and camel carts with a meager amount of INR 200 borrowed from a friend. They had observed that animal carts were restricted in movement owing to the wooden / iron wheels for transporting goods. His idea of replacing wooden/ iron wheels with rubber tyres for ease of movement, helped the men maneuver better and improved speed and efficiency. Their innovation became instantly popular and saw a huge demand. 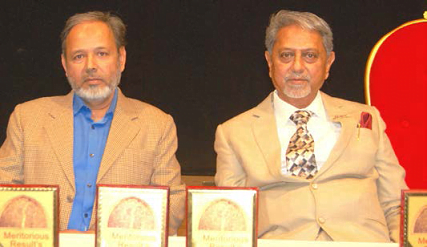 Although Mr. Abdul Rahim was unable to attend school yet he was determined to give his two sons: Shafee and Iqbal higher education. Having realized that education was the key to success in his techno-creative engineering business. Mr. Shafee Maniar did his MBA from the USA in 1971 and his sibling Mr. Iqbal Maniar, who looks after Marketing & Engineering Dept. in Maniar & Co., did his Bachelor’s in Science from Ahmedabad in 1976.

Their voyage had begun and they had developed loyal customer demand for customized engineering tools and pieces of equipment. Tractors and implements were then imported at high costs, not affordable to the agriculturists in India. ‘Maniar Trailers’ modified those implements to tractor trollies, which were hugely accepted by the agriculturists and thereafter Mr. Shafee and Mr. Iqbal continued to introduce innovative, cost-effective, path-breaking engineering products which made Maniar & Co. as one of the best Innovative Companies in Small and Medium Scale sectors, winning them awards and recognition on national platforms.

Small manufacturers, Government policies and also the volatile political scenario in the Indian subcontinent in 1969, 1985 and 2002. This had caused the Maniar Group irreparable losses, infrastructure loss, and a marred business. Nevertheless, the brothers vehemently rebuilt their father’s dream and transcended all barriers, continued to innovate – Indianising many foreign products and tools. It is fascinating to note that despite these products being made in India, their quality, longevity and serviceability was being catered by the Maniar’s while being sold at half the price.

Mr. Shafee Maniar, recalls and shares, ‘We stayed calm with deep faith in the Almighty, for our family & staff and nearly rebuilt the whole business once again with far greater clarity, understanding and determination for the attainment of sustainable growth’. 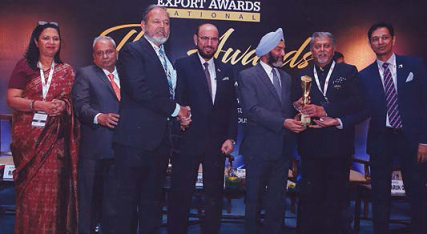 Mr. Shafee serves as the Chairman – Khurshid Park Co. op. Society Ltd, President – Hazrat Pir Mohammed Shah Dargah Sharif Trust, President – Sunnat Jamaa’t Quame Bawahir, Trustee of 3-Educational Institutions, EEPC INDIA – Member Working Committee, Member – Gujarat Chamber of Commerce & Industry & Bank as well as is actively involved in social contribution towards society and development. On his visit to Gujarat in the year 2002, Dr. A.P.J Abdul Kalam ( then President of India ) visited ‘Widow Home’ run by Maniar Group in the name of their Mother “AZIZUNNISA”. There are only 3 of a kind in the country, where the Maniar’s help impart skills to the inhabitants for livelihood earning, like kitchen gardening, tools and equipment usage and more.

The Trustees are imparting education to the poor and less fortunate 19,200 students, from KG to 12th standard, also runs Arts college, Science and polytechnic, in three languages English, Gujarati, and Urdu Medium, in remote areas where there is an extreme necessity, The Trust is proud of its infrastructure,
teachers and a 95% success ratio year-on-year.

Mr. Shafee Maniar’s Mission 2030 is to live for bettering other lives and contribute back to the society. Always keep the faith in almighty and modernize with the current needs innovatively.