in The Most Admired Global Indians 2019
Reading Time: 4 mins read
0
A A
0
1
SHARES
118
VIEWS
Share on FacebookShare on Linkedin

TAKE IT EASY AND LET’S CELEBRATE!

Yes, that is what defines Mr. SP Bharill, a powerful Motivational Speaker, Speech Coach, Business Consultant, and Author, let us read how he describes the world of Direct Selling. 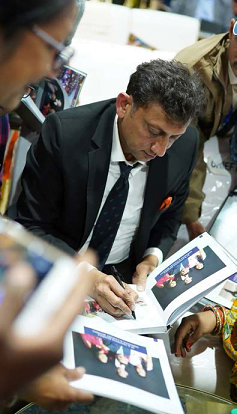 Shuddhatm Prakash Bharill is a leading motivational Indian Speaker, inspiring, motivating and transforming the lives of many people. With his personality development training, workshops and seminars, he inspires and encourages people, making them realize their true potential to fulfill their dreams. He has positively revolutionized the lives of his million followers by his awe-inspiring leadership, which has helped people on the path of personal growth and fulfillment. He shares his struggles, trials, and lessons that help understand the potential of people.

Mr. Bharill has authored one of the National bestselling book – ‘18 chapters’. He has been awarded the ‘Indira Gandhi Priyadarshini Award’ in 2006 for contribution to the society in uplifting individuals and motivating them to achieve their dreams. He is fondly referred to as ‘Mr. Excitement Speaker’, by his Audiences. He also contributes to preaching spiritual principles through his lectures to people who are seeking spiritual enlightenment.

Born in MP and brought up in Jaipur, Mr. Bharill had always dreamt of being a business owner. After struggling for five years in the diamond tools business, a cable TV business in 1991. Later in 1997, having partnered with Ramanand Sagar under the project ‘Divya Yatra’ an Amitabh Bacchan Corporation Limited’s entity, Mr. Bharill tried his hands at varied opportunities.

He then got introduced to Direct Selling Business in 1999, which he grabbed for it offered assurance of leveraging individuals’ time. Mr. Bharill struggled, worked really hard for his family’s dreams and achieved significant levels in the Direct Selling industry. He grew to the top as Executive Director of a reputed national organization, spreading his business in the entire Rajasthan and North India.

The whole idea behind involvement in Direct Selling business was the multiplication of time and manpower. He cites, ‘The philosophy of earning wealth is to duplicate yourself. When your income is not dependent on your ability, you become financially independent. If someday, something happens to me yet the source of income won’t stop as it’s not dependent on me. I have successfully duplicated myself into lakhs of individuals working for their own time/money/security’.

The direct selling industry in the late nineties was interesting as a concept but was new to the market. People thought money making has become really easy but sooner realized that there is no free lunch. Mr. Bharill narrates, that many resigned thinking it would not work. That was the time Mr. Bharill as a Business coach took responsibility, trained individuals to build the business. Today, the Direct Selling industry has matured and is recognized by many as the fastest growing industry. However, cautiousness is necessary, as few people even today start Ponzi schemes in the name of direct selling and mislead thousands of innocent individuals. Today the fight is to keep up the industry’s image, values & deliveries.

Launching a traditional business is usually very difficult, sprouts from an indigenous idea, initial capital and capacity to build it without return for at least three years and also the risk of business failure as a whole. In Direct Selling, a person can start a business without investing anything, by purchasing the daily need Fast Moving Consumer Goods(FMCG) products, the person becomes a consumer as well as a distributor. The money which gets distributed among the middlemen like the C&F agent, Distributor, Advertisement, Celebrity endorsement, Retailer is now diverted to the consumer itself or to the person who is purchasing it from the direct selling brand.

Now, if the person desires to earn more, he or she is free to create a word of mouth publicity and share the product range with friends and family for which they get a commission and the buyers also are benefitted by changing their brand. This creates a network of consumers and everyone gets compensation according to their effort. 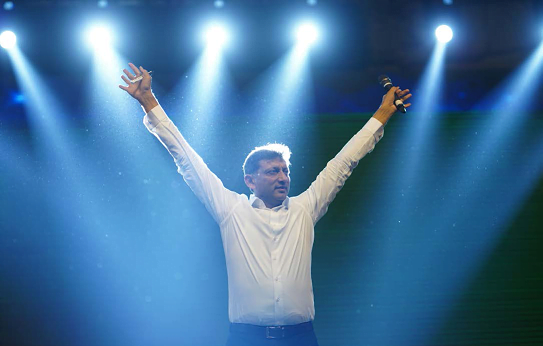 When enquired about any Government Policies that affect the Direct Selling Industry in India, Mr. Bharill, shared; ‘There is a dire need of a separate law akin to The United States or Europe. In India, it is hard to distinguish between Ponzi and Genuine, ethical, product-based direct selling companies. The law is confusing, hence they tend to treat everyone in the same manner under the Prize Chit Fund and Money Circulation Act of 1978. The Indian Government released guidelines in 2016 but that is not enough. A separate law in place will help the industry grow to a larger scale’.

Direct Selling is a profession where a housewife, student, professionals turn into entrepreneurs and dreamers. The most profound strategy Mr. Bharill suggests is to provide the needed information through a well-managed education system through literature, starter kit, mobile application and training seminars. When followed properly it can last your business for decades as people may perish but the system remains. Mr. Bharill is passionate about living a life dedicated to empowering people to realize their true potential, enabling them to become entrepreneurs and fulfill their dreams.

Mr. Bharill concludes, ‘What makes me emotional about people, is how they actually become from ordinary to extraordinary, I am left inspired and sometimes proud to empower them’.