A woman can be bright like a flame, clear like water, and versatile like glass, Marina Nosenko is one such woman who regards hardwork above all else and has achieved success in all forms. She is the founder of a marketplace ectrust.com.ua for waste management and recycling and feels that “Being a mother who does everything to keep our home cleans and use all possibilities for sustainable management of the family, I wish the same for our world. The idea that waste is a source of energy, resources has been proven and worth investment of time and money.”

Born in the Ukrainian USSR to a family of a Soviet officer that enabled her to receive access to a high quality and free education. She studied English and French at the faculty of foreign languages which opened her worldview to new cultures. With the dissolution of the USSR and the formation of an independent Ukraine, she learned about her country’s language, history and literature. She says “European history, its rich culture and true democracy have become the values of my everyday life.”

After her bachelors she found a suitable job that matched her criteria which was at a metallurgical factory in the city of Dnipro for the position of an interpreter. She convinced the HR of the company of her aptitude for the job and they even agreed to wait a whole year till she completed her Marketing and Business Administration. She started her work on August 19th 1991 on the exact same day the military seized power and the Soviet Union collapsed which marked the beginning of a new era for her and her country.

Marina views her personal and professional life as a whole and strongly believes in planning ahead so that she never has to ‘sacrifice’ one for the other. Her daughter was her partner and support system on whom she relied on thoroughly. She states “For me, it is a question of priorities at different ages. In your 20’s, a professional start will give you more time with your family for your 30’s. In your 40’s, you will master the work life balance and unite these two, seemingly opposite, parts of life.”

She has many strengths including adaptability to any situation, high responsiveness to a challenge, thinking ahead as preparing for a future event by equipping plans for the best possible outcome. She models her development on the basis of Charles Darwin theory of natural selection and she states “I want to be competitive through education and implementation of my knowledge, I am adapting to the world permanently, I am flexible enough to grow. I keep my resources thoroughly.”

Marina has learned alot from her experience and feels that one of her biggest weakness is a full trust to everybody. This had led to many troubles in life when she was unable to protect herself due to not being able to check people’s intentions. But she has picked herself up and is marching forward with her symbol of survival that is to defend herself in all situations. She is deeply passionate about caring for people and after receiving an education as a licensed healthcare professional nurse she likes to practice some treatment for sick people.

Marina has many powerful women as her ideals including DC Comics fictional Wonder Woman who fights for her society. She also takes inspiration from historical figures from all over the world like Jeanne d’Arc who was instrumental in protecting her country against occupants. She admires Hillary Clinton as she is a self made woman who guided and helped her husband become the President of U.S.A and was herself an electoral candidate.

She shares a beautiful message for all the women out there and says “The women in our world are at a unique crossroad today. We are empowered more than ever, with access to education, employment and leadership positions. I would like to push women to achieve their full potential, to explore all of the options ahead of them. May they be independent and make their own decisions based solely on their values. I wish for all women to be free and to occupy a decent place in society, as CEO, as mothers, as employees or as any other position they wish, in a way, which makes them involved, fulfilled and happy.” 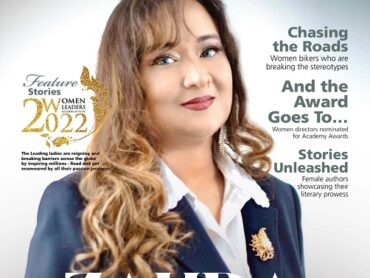 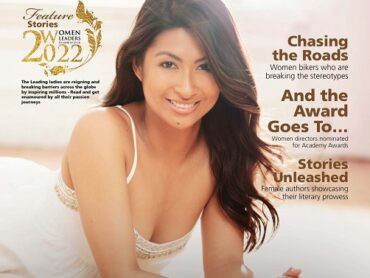 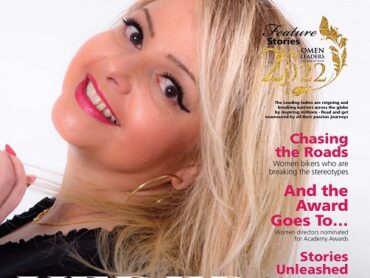 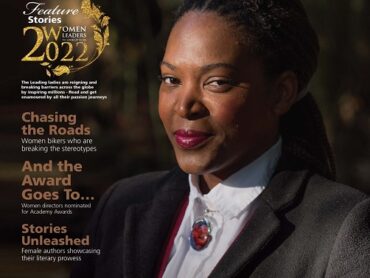 A Firm Resolute with an Unwavering Radiance With the ability to triumph over any stumbling blocks coupled...