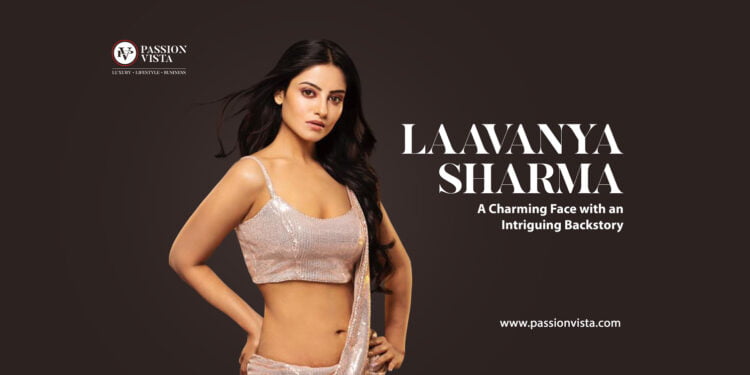 A Charming Face with an Intriguing Backstory

Introducing you all to one of such passionate souls, who not only is all in for the debut stances but has a courtside personality that will charm everyone she meets. Laavanya Sharma, born and raised in the city of Kolkata, India, was always destined for greatness. From a very young age, she showed an innate talent for the arts and a passion for entertainment.

After completing her MBA degree, Laavanya had a successful job offer at Wipro. However, she chose to pursue her dreams instead and left the security of that job to chase after her passion.  Being from a business-class family, her parents always wished her the best and expected her to inherit the family business and make it flourish.

But unlike the fate that has been followed in most business class families, Laavanya made fame for herself. She carved out her own unique path in life and refused to succumb to societal pressure.

Laavanya Sharma is a woman who knows what she wants and goes after it with determination. So when she decided to pursue an acting career, she knew that she would have to work hard for it. She had no connections in the industry and no one to help her get started. But that didn’t stop her. She worked tirelessly, auditioning for every role she could and building up her resume.

Eventually, her hard work paid off and she landed some great roles. Laavanya now has done many successful endorsements, television commercials, south movies, and hit song brands. Her story is an inspiration to anyone who wants to achieve their dreams, regardless of their background or lack thereof.

Laavanya Sharma had always dreamt of making it big in Bollywood. She was confident and talented and knew she could win the hearts of the people with her acting skills. So she took her step forward and started working on projects in South India.

Laavanya has collaborated with several famous actors such as Tovino & Dulquer Salman and she is now gearing up for her next project, which is sure to be another hit. Laavanya has always been a strong believer in love. She respects and cherishes the love that she shares with her parents, friends, and colleagues.

She says each relationship is unique and special in its own way. As of now, Laavanya is happy living her independent life. She enjoys spending time exploring new things and experiences on her own. But she knows that someday she will find someone special to share her life with.

Laavanya Sharma always looked up to artists and entrepreneurs who were able to showcase their brilliance. People like Priyanka Jonas Chopra, Indra Nooyi, and Elon Musk, were the stars that shone brightly in her eyes and she aspired to be like them one day

However, Laavanya also understood that there were lows in life and that’s okay. She cherished the love and support of the people around her during those times and used it as fuel to push herself harder during her highs.

Laavanya also has a deep respect for her community. She believes that it is the community that shapes us into who we are today. And it’s our responsibility to use this gift positively and be grateful for everything our community has done for us.

Laavanya Sharma is a strong believer in following your passion. All we need is self-belief and determination. “Believe in yourself, because you are meant to be the best,” she tells her audience.