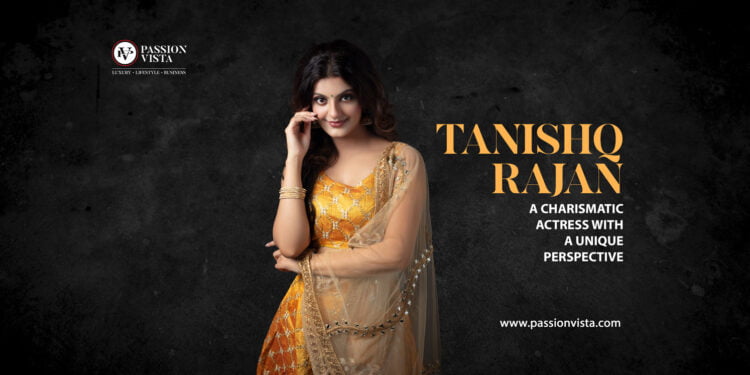 A Charismatic Actress With a Unique Perspective

A highly talented actress who from a very young age was fascinated by the world of performing arts. She loved the idea of stepping into another person’s shoes and telling their story. Tanishq Rajan has achieved extraordinary milestones in her life story with even better life experiences. Her amazing journey is something we all should look up to.

At the age of four, Tanishq started performing dance routines and stage plays in Delhi and quickly won several accolades for her talent. Later on, her elder sister shifted to Mumbai for her professional courses. During one summer vacation visit to Mumbai, Tanishq’s sister took her to a production office where she randomly gave an audition.

To everyone’s surprise, she landed the role. This is how Tanishq’s acting journey started in front of the camera! After that, she pursued further studies in Mumbai. She dreamed of being one day up there, entertaining people and making them laugh or cry.

She always loved the filmy atmosphere. Even though she had no background in it, she felt like she was made to be an actor. Life was full of challenges every day, but she called it the process and not a struggle. She worked hard to learn the language when she first moved to South India, and it paid off. Now people are often confused when they hear her speak – they can’t believe that she’s not a native South Indian girl.

Sridevi was always her role model. The diva of Indian cinema, she was someone who had it all – talent, persona, and grace. She inspired Tanishq to chase her dreams and be the best that she could be. Her family’s faith in her was also a driving force behind her pursuits.

There were many relationships in Tanishq’s life that were close to her heart – her mother and father, brother, lover, sister, and friends. Each one brought something special to her life. She cherished them all dearly and treated them with the respect they deserved.

Tanishq believes that love is the most powerful force in the world and she tries to spread as much of it as she could. She loves travelling. It doesn’t matter where it is – a long holiday tour or a simple road drive. Travelling is always refreshing for her. She loves going to new places and exploring their culture, food, and lifestyle.

However, she also understands the importance of following her heart. She knew what she wanted in life, and isn’t afraid to go after it. Tanishq had given at least 500 or more auditions in all these years and recorded them to learn something new!  “Shortcuts are temporary,” she says, “do something permanent.”

She is always grateful for everything life had given her – from being able to breathe and eat to working hard and making her loved ones proud of her. She appreciates every moment and thanks God for blessing her with this wonderful life.

Tanishq has done six films as the protagonist in Telugu cinema, and she still feels that she has not started yet. She wants to do more and more work with betterment every day. She lives for the camera and wants to keep working as an actor till her last breath.

Truth be told, she believes that she is a simple living person who loves cinema, camera, action, home food and travel. Currently, she is working really hard on her future projects which include a commitment (Telugu film), another Telugu film (untitled) and a Hindi web show in July.