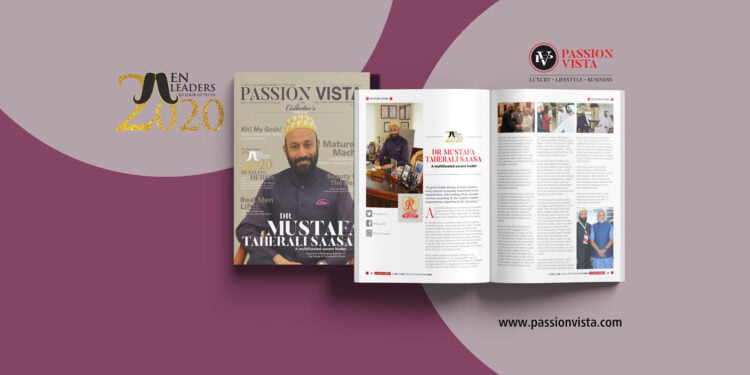 in Men Leaders to Look Upto 2020
Reading Time: 4 mins read
A A
Share on FacebookShare on Linkedin

“A great leader always creates leaders. Every person is equally important in an organization. The Leading Chair should revolve according to the subject matter requirement, expertise & the situation.”

Awe-inspiring thoughts as such belong to those who fathom what it means to toil, try something new, and find success in their unique ways. Dr. Mustafa Saasa’s idea of leadership is gripping and a savant. 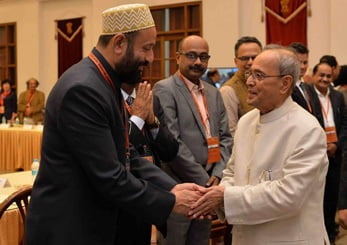 Dr. Mustafa Saasa is a prominent Indian business magnate, social philanthropist, a renowned corporate speaker, mentor, mindset & leadership coach certified by the world’s best leadership coach – Mr. Marshall Goldsmith. The multifaceted man helps leaders and CEOs enhance their results by teaching them how to work smarter than harder in today’s economy. Dr. Saasa is the second generation of a business that started in the year 1958. He is a serial entrepreneur with diverse business experiences internationally. Additionally, he is known for his CSR work in education & water.

With a master’s degree in Emotional Intelligence and Criminology from the U.K., Dr. Saasa decided to give his education and business a fair shot of knowledge. He followed his degree with a Ph.D. in Leadership from the University in Colombo in 2014 to take his father’s company the level it deserved. After years of sitting on a chair that sparked innovative ideas, he is the Chairman & Managing Director of Raj Group of Companies, Dubai, Sell Force International LLC, Dubai, and Sarrahaj Enterprise Pvt. Ltd in India. Besides this, Dr. Saasa is actively involved with several other companies and organizations at renowned posts as a valuable contributor.

For someone who has a doctorate in leadership, there is always the scope to keep aside set rules and create a company that no one else has. Dr. Mustafa Saasa adopted two forms of leadership- Servant Leadership and Situational Leadership.

Having inherited his business skills from his father Lt. Taherali Saasa, Dr. Mustafa breathes innate leadership expertise. He diversified the businesses with uniqueness, quality & innovation, which he asserts are the keys to sustainable business and customer satisfaction. Not only that, he makes sure that all his business leads to a positive social impact.

Before Dr. Mustafa Saasa decided to enroll in a Ph.D. program, he ran a flourishing business. But after one life-changing decision, the company came to a standstill. Even though the decision wasn’t so big at the time, changing the company business to cash from credit cost him a lot more. He stood at a path where he had to make yet another decision- to fix what had happened, to initiate something new, or allot time to studies. After the successful completion of the Master’s program, Dr. Saasa went back to fix what stood still and how!

“A leader is a person who follows,” Dr. Saasa elaborates his idea of a good leader. “If one is alone, he isn’t a good leader.” And this, according to him, is the hardest skill to develop. “When people follow you, transform their skills to bring out the leader in them.”

Dr. Mustafa Saasa’s definition of a leader is empowering. He regards it as true that a leader is more a warrior than anything else. Just like a soldier at war, who doesn’t have any other choice than to win for his team ethically & culture based performance, a leader doesn’t have the option to give up either and demonstrate culture based performance. The consequence of giving up is ruinous for the person, their company, and several others. 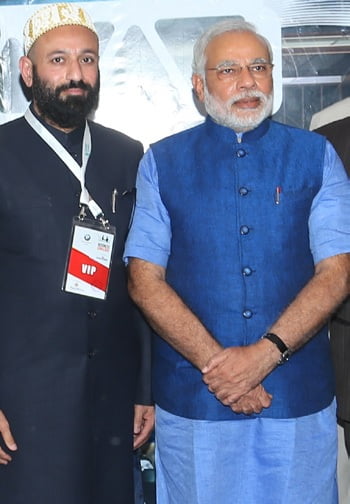 The Raj Group of Companies, led by someone who respects his company, the people, and his leadership, is a role model. They feel proud to be Green Earth Crusaders as they contribute to protecting nature’s resources. Be it by manufacturing a GPS System that reduces carbon footprint or their Herbal & Cosmetics, which is free from animal products, chemical, alcohol, or the introduction of a frugal writing Instrument- V2 Newspaper Plantable Pencils made from recycled waste. Interestingly, every V2 pencil will play a crucial factor in reducing the rate of deforestation. All one needs to do is plant one of these and water it. It sure is a fabulous feeling to have pencils grow in pots!

An experimental mind like Dr. Saasa’s deserves as many trophies you can offer. He holds several respected awards like the Pride of India, Rashtriya Udhyog Ratna Award, Outstanding National Citizen, Game Changer of The Year – In Leadership Award, Arch of Excellence, CEO of the Year, Gem of India, Business Visionary Award for Business Excellence, Indian Leadership Award for Industrial Development, Literary Excellence Award, Knight of Honor, and Business Award by Giants Group.

The cherry on top is Dr. Mustafa Sasaa’s Mahatma Gandhi Pravasi Samman in the House of Lords, London by the hands of British Minister of Environment & Climate Chane along with the Bharat Samman Award in New Delhi and the recognition of India’s Most Influential Leader.

These are just a few from his mega-collection of awards. Genuinely, Dr. Mustafa Saasa justifies the title- “A multifaceted savant leader.”