The Most Deserving King of the F&B World

Dreams that develop in innocent ages evolve into something beautiful if followed. Sandeep Sekhri, Founder and CEO of Dining Concepts, knew since he was only fifteen that he wanted to thrive in the hospitality business. And so he did!

It was in the year 2002 when Sandeep launched his first restaurant, Bombay Dreams, in the lively land of Hong Kong. Interestingly, he named the restaurant behind the musical launched in India in the same year, also called Bombay Dreams. The name echos with Sandeep’s life story, a determined boy from Punjab, India, who moved abroad to fulfill his dreams. Today, he is the owner of twenty-six luxurious restaurants and bars across Hong Kong.

Sandeep was special right from the start. With much faith in his strong relationship skills, he decided to forgo all other booming professions of those times to step into hospitality. His passion for the industry was so strong that he would wait tables at hotels like Taj Mahal and Maurya Sheraton after his classes. 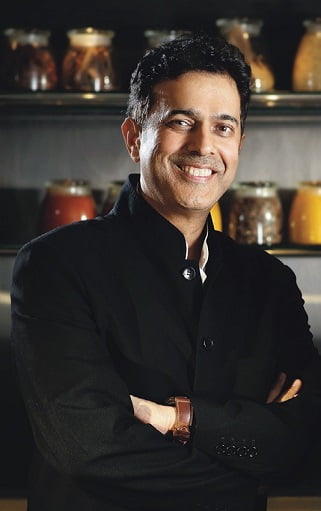 At the mere age of twenty-four, a newly married Sandeep left India to work as a Manager in an Indian restaurant in Hong Kong. With time, his designation changed for the better, and so did his life, until one day, when he faced a setback.

Differences with the management, where he was by then a stakeholder, urged him to quit. That was a time when he had two young children with not much savings left. But the very relationship skills he had faith in spoke up as his biggest support. Eight others who worked with him quit too, knowing that Sandeep would come up with something that could sustain all of them.

Sandeep’s determination and belief paid off when he didn’t just inaugurate his first restaurant in 2002 but could also
launch his second food venture in the following year.

Several setbacks followed even after when the risks and losses were higher, but Sandeep lives by a simple formula, “When you hit a wall, work even harder!”

What shocks the many fans of Sandeep’s restaurants is how he serves lip-smacking steaks in his steak houses despite being a vegetarian. Even though the food in his chain of restaurants serves cuisines from around the world, he remains grounded with needing nothing more than Indian staple food.

Sandeep is in plans to expand his business to other countries. While India is not on his list as yet, he frequents his mother quite often. He has much gratitude for everything his family and his loving wife, Rosie, have done for him.

The man with an attitude of gratitude leads realistically and strategically. It has worked because Dining Concepts is one of the most-talked-about restaurants, not just in Hong Kong but around the world. Hong Kong Growth Enterprises Market listed Dining Concepts looking at its widespread popularity. Even though the restaurant’s review splits between fans and critics, Sandeep’s focus remains on finding out what is new in the hospitality world and where!

Newspapers and business magazines in the various parts of the globe quote Sandeep Sekhri’s business story to encourage budding entrepreneurs. That isn’t surprising, since he is one who’s invested his heart, blood, and sweat to become a revolutionary man in the industry. “The hotel business isn’t for the faint-hearted,” he jokes.

A highly-pursued F&B hero, Sandeep, doesn’t worry much about competition. He believes in the survival of the fittest and in the truth that there is enough space for everyone to not just survive, but also prosper. Whenever he comes across the story of yet another successful restaurant, it doesn’t disappoint him. In fact, it lifts his spirits because it means that it’s a pie of recognition for the people of Hong Kong.

After fifteen years in the hospitality world, Sandeep still finds happiness in keeping all his employees together as a family. He doesn’t like people leaving him and gives his all to retain his “professional babies.” “I think what makes me most satisfied is to see my team grow and see the kids do so well.”

Getting listed among the top restaurants in Hong Kong was one of Sandeep’s most challenging experiences, which he now considers rewarding.

Staying grounded and not forgetting one’s roots is Sandeep Sekhri’s success mantra. Treating people rightly and valuing human resources over temporary achievements is his secret to finding happiness in his personal and professional life.

Hands down, Sandeep Sekhri is the most deserving king of the F&B world.