Gifting life, one heart at a time

As Gujarat’s leading Cardiothoracic & Heart Transplant Surgeon at CIMS Hospital, Ahmedabad, Dr Dhaval Naik has gifted life to thousands of patients and revolutionized the cardiac surgery sector in the state.

Dr Naik wanted to be a cardiac surgeon for as long as he could remember, but his journey to get there was far from easy. Born and brought up in Bilimora, a small town in south Gujarat, he grew up in a middle-class Anavil Brahmin family. Dr Naik’s grandfather, Mr Maganlal Naik, was a freedom fighter and his parents, Dinubhai and Manjulaben, both teachers.

He studied in different schools across Gandevi, Bilimora and Valsad, before securing his MBBS seat in B.J. Medical College, Ahmedabad. Recalling that time, he shares, “Our financial status those days was weak, yet my father never said no to anything which I craved. He fulfilled every wish, even if it was out of his pocket, including borrowing a loan to pursue my education in medical college. It was the most gratifying gesture.”

A young Dhaval made his father and family proud through his next journey by securing Gold Medal in General Surgery from Gujarat University. After that, he went after private practice for a year in Navsari. Finally, He made his way to Apollo Hospital, Chennai, to achieve a super specialization in Cardiac Surgery under Dr M.R. Girinath. The renowned Dr Girinath intimated to him that Cardiac Surgery is not a child’s play and that one must be prepared to sacrifice things in life. This did not deter Dhaval, and he persisted ahead. After completing the cardiac surgery exam with flying colours, he did not stop. He was always willing to learn, and he accepted Advance Training offers at Royal Prince Alfred Hospital, Sydney. Furthermore, he strengthened his experience in cardiac surgery from the Heartcentre, Leipzig, Germany. But remembering his grandfather’s message to serve the community, he returned to India to help the needy.

In 2009, he joined CIMS hospital in Ahmedabad. “My original plan was to start a cardiac surgery unit in Civil Hospital, Surat, to help the poor and needy. However, that did not materialise, so I joined CIMS, which was started by renowned cardiac specialists led by Dr Keyur Parikh. In 11 years, we’ve become a huge family,” he says.

Upon his return, Dhaval noticed that Cardiac Surgery in Gujarat was in its infancy, not in other states. So he took the onus of introducing all the advanced technologies in the state. “We started with keyhole surgery more than ten years ago and achieved all other milestones one by one. Today, we are one of the most advanced departments in the country,” he says.

They were also the first in Gujarat to launch ECMO – Extracorporeal Membrane Oxygenation, an artificial lung programme. An extraordinary treatment, Dhaval trained many doctors in ECMO technology across various hospitals in Gujarat. Recently, CIMS Hospital achieved another landmark; 25 Heart Transplants in Gujarat state.” I appreciate the hard work of my partner Dr Dhiren Shah and the entire team” added Dr Naik.

Ask him the most challenging part of his job, and he says, “Counselling. When someone discovers they need heart surgery, they feel a massive setback to their personal and social life. Thus from the very beginning, I focus on in-depth Counselling. First, I explain everything to the patient and give them all options, entirely at ease. This is followed by precise surgery and aftercare.”

They say behind every successful man, there is a woman. In Dhaval’s case, it is his wife Pinky, whom he met during his MBBS and married during his surgical training. Together they have two kids – A daughter pursuing computer science at IIT Gandhinagar and a son in 9th standard.

“My wife is from a very well to do family in Surat, yet she never asked me for anything and stood by me in all my decisions. Being a very skilful Gynecologist, she compromised her practice just for me and never put her foot down to support me. Through the years, I sacrificed a lot of family time and missed some good moments with my children. But because of their support, I could focus uninterrupted and deliver a great heart transplant and artificial heart programme to the community,” shares Dhaval.

Dr Dhaval Naik’s skill and precision have won tremendous accolades in India and abroad, as has his pioneering community work. He appealed to the government for patients waiting for a heart transplant and got Rs 7.5 lakhs for each. He also requested an air ambulance service to transfer vital organs and move patients and is hopeful it’ll start soon. He conducts free medical camps regularly and has a published phone number to contact him directly. In addition, he’s writing a book on heart diseases for the commoner, which will be ready shortly.

Summing up, he says, “Till the day my hands (and mind) don’t shake, I will continue to craft hearts.” 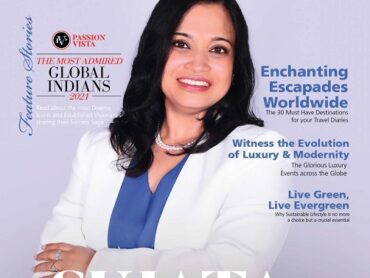