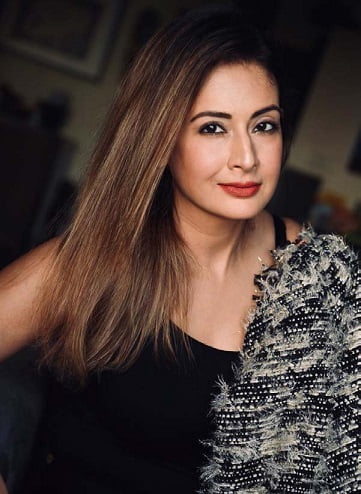 A face that launched million fans

Model-actress-producer, Preeti Jhangiani’s foray in Bollywood had been quite flamboyant with a star-studded movie, Mohabbatein. After a hiatus that saw the actress enjoying the bliss of matrimony and motherhood, she is seen enjoying her space with a media interlude but one thing sure is that she is here to stay in our hearts forever.

This innocent beauty is the daughter of Gobind Jhangiani and Menka Jhangiani who married actor Parvin Dabas in 2008 and had her first child Jaiveer and second child Dev. Success and fame are not new to her; she tasted fame at a very young age when her song with the Rajshri Productions, “Chui Mui Si,” became a big rage. Her elfin face has graced a good number of commercials on TV too. Preeti has also acted in a Malayalam film, Mazhivillu, directed by Dinesh Babu which was critically acclaimed, but didn’t do too well at the BO.

Your face carries a goodwill that reminds us of that hit song Chui Mui Si, which made you famous instantly. How did you cope up with instant success at such a young age?

None of us expected the video to become a huge success. It was the first venture for Rajshri Music which was newly started by Sooraj’s cousin Rajat who is unfortunately not with us anymore. This song was directed by Kunal Kohli, choreographed by Saroj khan with clothe designed by Manish Malhotra. We had gone to Pune for its promotion where we could sense how hit the song was as there was a street full of people waiting to greet and meet us. It was the first time to experience such a hysteria and, I wasn’t prepared for it at all because I didn’t come from the film background. Moreover, it wasn’t my dream or ambition to become an actress; it was sudden and surprising to me.

How did you feel having a celebrity status all of a sudden?

Being Mumbaiker, I was in the habit of roaming around casually, mostly street-hopping with my dad. Suddenly one day when I went for pani-puri, I was mobbed. I was lucky to take it in my stride easily. My family gave me good support too by keeping me grounded and sane.

How did you manage to do movies and assignments of multiple languages?

I was just going with the flow. I did not have any such plans in place neither had I a manager nor had my portfolio done. My dad was handling my work in spite of not being from the film industry. I rather got to learn so much from working across states and getting to know great artists who were exceptionally well.

You have enjoyed every phase of your life, right from career, hobbies to family. How did you work everything so smoothly?

When I found somebody with whom I wanted to spend the rest of my life, I did not think too much. It was impulsive without any big thought of how and what. I felt for that person and thought that was the right time to get married; same way how I took things in my career also.

OTT platform is most happening currently, do you have any plans to produce an OTT platform.

We had started a production house long back. We have a MM India show, that’s the number one show in India right now. We have a Pro league for arm wrestling sports India shows. Moreover, I’ll be producing a film very shortly.

You look fresh as you used to look in your younger time. Please share your secrets with our readers.

Well, I will say that a lot of it is genetic. I don’t do anything special for myself but have a fetish to remove my makeup before going to sleep. No matter, how exhausted I am, I never miss to remove my makeup. Besides, I drink a lot of water and follow a healthy diet although, I must admit, I eat a lot of non-vegetarian food which nowadays is not the right way, I know well.

If not an actress, what should you have been?

This is the toughest question to answer as I don’t know the answer. I was just the girl next door doing computer graphics but had never thought about what I would do further. I was good at drawing and painting and had given related exams also. I must have done something creative probably, must be graphic designer of some channel.

Tell us something that we don’t know

There are few things I can mention thou not so fancy to add in. Firstly, I quite enjoy doing canvas painting; just did two of them in this lockdown. Secondly, I am sure many millennial girls will relate to me when I say I did not know cooking at my early days. I did not even know how to make my own tea. Apparently, marriage polished me well and later in this lockdown, I managed to explore the cook in me.