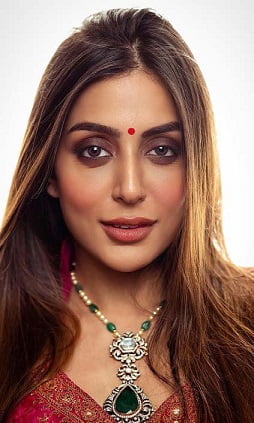 in Passion Story
Reading Time: 5 mins read
A A
Share on FacebookShare on Linkedin

“You know someone is truly special when the most beautiful thing that she has is a kind soul.” Well, she has it coming from her family, who is force for goodness & kindness.

Sanskruti Patel, a young enterprising girl who is a lethal combination of beauty & brains, lives her life with full flaunt & fashion, but has oodles of compassion to share and live a life for us to wonder.

She is the granddaughter of a very Dynamic lady, Honorable Anandiben Patel, presently serving as the Governor of Uttar Pradesh & Madhya Pradesh. She was the first female Chief Minister of Gujarat. A very powerful and inspirational lady, whose motivation not only percolates in her family & community but all over the state & country. She is creating a history; her daughter Anar Patel is also involved in creative & humanitarian work to save rich crafts of India.

No doubt, Sanskruti has all running genes, she prefers to be called Sanskruti Jayana, being daughter of Anar & Jayesh. She is a true blue fashionista who exudes elegance and sports every ensemble with elan. Her fashion and aura has made her an internet sensation. She is quite active on social media and shares her pictures time to time. She is grabbing limelight, a woman of substance & savvy urban youth icon. A charming young girl with keen interest and education in film, fashion and food.

Your name Sanskruti sounds so meaningful, what is the mystery behind it?

My Mom & Dad really liked the name Sanskruti, in fact, they had decided even before they got married that if they ever had a daughter, she would be named Sanskruti. Even till date, I pull their leg asking them, what name would they have given if they had a son? They had never thought about it though, even my cousin brother’s name is somewhat similar; his name is Dharm, so we both have Indian traditional names.

Exposure that you received while studying in the UK and USA, and how has it shaped you further?

After completing my 12th Board studies from Ahmedabad, I went to London for further studies, where I studied fashion management mainly, and other courses of business, acting and dance in a span of four years. Actually, I was never in opinion of leaving home and studying abroad. Back in Ahmedabad, I was living a much protected life in the warmth of my parents and community. As they were social workers, there were a lot of people visiting our house. Whenever I woke up, there would be so many people sitting around. So, I was brought up as a community child, because I have been around the community all my life. I used to accompany my parents whenever they used to visit slums & villages for social causes. They had adopted a village in Kutch when the earthquake happened; at that time, all of us had stayed in that village for around six months, when I had literally picked up the language there. So, basically I had grown up with the community and around people, so it was very difficult for me to stay alone in a foreign country. First year in London was difficult for me, when I just wanted to come back but I stayed firm for my parent’s sake. But they were right, within time I started evolving and a shift took place within me. I took one full year to come to terms with it, accept and make up my mind for it.

I was one helluva girl, who would just eat Indian food in cosmopolitan London, had very few friends. Even in Ahmedabad my group was quite limited. But after a while, London started changing me, as I was compelled to talk to different people, make friends with them and go out on my own. I started opening up slowly, got receptive to culture and things there. Thus, it was not only education but exposure to the wide world was necessary, living in that big city changed me a lot. As I became more confident, I started understanding myself better. If the outside world is big, the world inside us is even bigger; I was discovering myself more and more.

It was the time when I was working from London for my Ahmedabad fashion store as a fashion consultant cum coordinator. After finishing my studies in London, I went to New York which was a much bigger city and I was neither too young anymore nor grown up enough. London is cultured, intimate and has a lot of history. New York just changed things for me; I was studying an acting course there, which made me very confident. New York was something where I got clarity of what I wanted in my personal and professional lives. My parents are very spiritual which as a child I was not able to understand but in New York when I was totally with myself, I got hold of such things more clearly and shifted more towards the spiritual world from the materialistic one. So, I will say. I grew up a bit more in New York.

You prospect Bollywood, what are your plans in the film and entertainment industry.

Yes, I am an actor and I really want to act, that’s my call. Fashion & films have always been my passion. Storytelling is such a medium that can influence people in a big way. Ever since I remember in my childhood I was fascinated by stories. I had started in production of films first, as business had always been my passion. But after giving acting a chance, I felt that this was something I really wanted to do. I will surely like to act in Bollywood, but why only Bollywood! As an actor I will go wherever the work appeals to me. Why just Mumbai, but anywhere in the world, wherever the work calls me.

As of now, I am staying in Mumbai, reading scripts for production which is in pipeline. But acting is very much in my mind, and will take up if something suits me. Other plans involve relaunching my fashion store in Ahmedabad, turning it into pop-up around Navratri. It will be the first popup in India that will exhibit a new brand every three months. I am also working for a digital application; it is my dream project. It will have features that have not been applied in a digital world yet.

Your grandmother is a well known figure in Public services. Would you ever like to play her role in films ?

My grandmother, Anandiben Patel is former Chief minister of Gujarat. She was the first female CM in the state. At present she is serving as the Governor of Uttar Pradesh & Madhya Pradesh. She is a very powerful lady who has done so much on her very own, her life’s journey of ups and downs and living with such high values, will inspire not only women but men also. She has just written her own first book. There will be two books out on her life story; people should really look out for that. As an actor or as someone from the storytelling world, I feel not only because she is my grandmother but as a woman also, her life is very inspiring. Just to read about her life, it will be an amazing experience to know the roller life journey. To make a play or film based on her life story is highly suggestive.