A Fireball of Youthfulness, Gusto, and Panache

Ideas come to those who dare to evolve with exposure and creativity. Aakash Goswami, the Co-Founder of Whiskers – a luxury men’s grooming brand, started as a businessman at the age of eighteen. As much as he enjoyed working in his family’s real estate business and appreciated the things he could learn there, he wanted to do something of his own. And then one day, the idea to undertake a project in the grooming industry just clicked. But the story is a gripping one.

Aakash was on a drive with one of his friends, Hardik Varia (co-founder) to grab a cup of coffee on the highway. His friend abruptly mentioned wanting to venture into the grooming products and that stole Aakash’s attention too. One conversation later, the two friends became business partners. Thus began Whiskers, luxury grooming products for men, a decision he doesn’t regret. 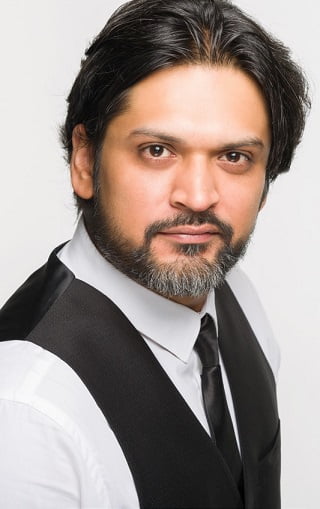 There are various effective leadership methodologies, but Aakash Goswami prefers the aggressive kind. He is into pro brainstorming sessions, that enables a person to bring out their ideas. When a team realizes that the ideas are their own, it increases work productivity. “It is like a win-win situation for both the leader and his team,” Aakash adds.

With utmost care to work with precision, he enjoys the challenge that comes with a deadline. Aakash makes sure to give his team deadlines too but in a way that they find entertainment in it. There are many reasons why a team can lose focus, productivity, or feel burned out. It can often be frustrating for any individual when deadlines loom. Aakash worked a fabulous way to deal with such situations. “We can erase such scenarios by encouraging team members to be creative and come up with ways to improve current processes. When team members feel that they are making a difference in the business, it gets them more invested in a project, especially if it is their idea.”

He also claims that a team’s dynamic leads to an increase in work productivity and meets the specific deadlines while
staying energized.

A leadership style, as such, requires one to be adroit in effective delegation. For Aakash, this quality was toughest to
polish but he feels he is quite adept to it now. “Convincing people to do what you want them to do is tricky. But being
a leader, you tend to develop a way to do that with the team you have.”

Family and friends hold a special place in Aakash’s life, especially when it comes to dealing with tough times. As a responsible leader, he comprehends how failure is a part of life, for he dealt with many; personally and professionally. He looks up to his sister, Anjali, his constant, who stands by him through thick and thin. Aakash credits the people who he is closest to for feeling strengthened and motivated at all times.

Since Aakash began early in the business world, he gradually learned how risk-taking is vital but doesn’t come with a guarantee. The consequences go both ways, and a leader should be prepared for both. He feels lucky that he found mentorship from the best, his father, Anup Goswami.

“To be a leader, you must be kind and courteous. Respect the people who work for you as nobody is ever below you,” Aakash holds on to this teaching by his father to race through his workdays. Generosity is a very big part of Aakash’s life. He is compassionate to people as everyone is in the race of survival. In his viewpoint, we shouldn’t classify respect. “Everyone at Whiskers follows this like a religion,” Aakash maintains.

Aakash, an active person of today’s youth, believes that the environment is everybody’s business. He stays updated about the impacts of carbon footprinting and also considers it a responsibility to spread awareness amongst others. That is just the theory of his contribution. His company is working on the implementation of recycled paper for product packagings. Aakash points out how his brand is forever committed to taking up all the necessary steps the environment asks of them.

Strategic planning has become an everyday aspect, particularly in today’s world. Aakash likes to keep track of the work a team is doing to know whom to hold accountable for their goals. He proposes his team to create individuals working plans to quantify vision and strategy. They will know how valuable their contribution is to the company, which acts as a catalyst to stay self-motivated.

The ever-energetic Aakash is all for the Millenials and their equipment with regards to education and exposure these days. He is confident that it will raise persuasive leaders.

Aakash holds on to his other dreams of inaugurating a hospital and a school in the years to come. He also is in plans to launch Digi-forms to make his products available to a larger segment of the world. Being today’s person, he also wishes to give digital marketing a try to bring mileage to Whisker’s brand.

By all means, Aakash Goswami is a fireball of youthfulness, gusto, and panache.