Ms.Leela Bordia, founder of Neerja International Inc., an enterprise that is a compelling example of social change, and preservation of a dying local craft, shares her inspiring story.

Inspired by her mother’s work with Mother Teresa in Calcutta, Ms. Bordia had inculcated the zeal to improve the lives of village people, and it was during her extensive sojourns, she learned about these small communities, and discovered ‘Blue Pottery’- a traditional local craft. She strived all her life for the upliftment and betterment of her fellow countrymen and has been accredited with reinstating the glory and stature of Blue Pottery – once upon a time nearly extinct and dying craft form. 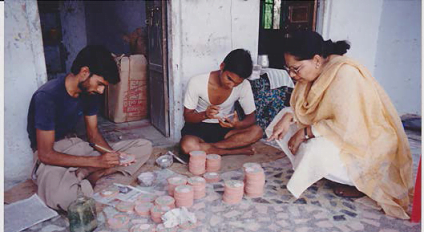 The resurrection journey of Blue Pottery commenced during the year 1978, when Leela Bordia was engaged in social welfare activities in the villages in and around Jaipur district of Rajasthan, India. During her forays, she chanced upon noticing some artisans selling their wares of traditional Blue Pottery items. She was instantly attracted to the vibrancy, grace, feel and demure kind of styling of the traditional Blue Pottery merchandise on display. She, however, saw that despite having the skills of this fine craft, the craftsmen appeared to be in a paltry state of affairs. She realized that these rural craftsmen had little means of marketing their products and were surviving on the meager sum of money they sold these articles for, which was apparently an irregular feature for them.

Traditionally, Blue Pottery items consisted of big vases, pots and other heavy items. These naturally needed big and multiple customers, owing to the size and material cost of the products. With an approach to fetch more livelihood options for these craftsmen, Leela pondered on the possibilities of innovating these Blue Pottery items and envisioned in them, small, delicate and day-today utility items essentially crafted of the original clay. The result of her ingenious vision and dedication to the craft brought forth, beautiful, intricate items in the form of enchanting doorknobs, beads, curtain rods, ashtrays, candle stands, lanterns, coasters, decanters, perfume bottles, and other astonishing, trendy and useful items.

Ms. Bordia thereafter launched ‘Neerja International’ to help the craftsmen in marketing and promoting their Blue Pottery articles. Her endeavors had tales of both ups and downs but steadfastly, she strode onwards and turned the tide in her favor. Leela is a true social veteran, having traversed small and remote villages of the entire Jaipur District for the past 3 decades to instill self-reliance abilities in the craftsmen and promise them a brighter future.

Today, Leela Bordia and her firm Neerja International are synonymous with the name of Blue Pottery articles. She has not only reinstated this intricate craft back to its lost glory of the yesteryears but also creatively created innumerable indigenous innovative Blue Pottery articles world over.

Neerja International Inc. has been reinventing the articles for over 4 decades now, their artisanal tiles, bathroom accessories and doorknobs are being used extensively by the hospitality barons like the Taj and Oberoi group of hotels. They employ, train and partner with over 1000 skilled craftsmen in Rajasthan. The Blue pottery articles are also exported to France, the U.K, the U.S.A, Japan, and more global locations.

Leela’s work has found mention in almost all the major newspapers and magazines, she is extensively interviewed and written about in Indian as well as foreign publications. A few of the prominent ones include Marwar, Femina, Indian Express, Discover India, Statesman, Flair, Vogue, Sunday Mail, Times of India, The Hindu, and also in the prized Official magazine of The Bead Association of California. 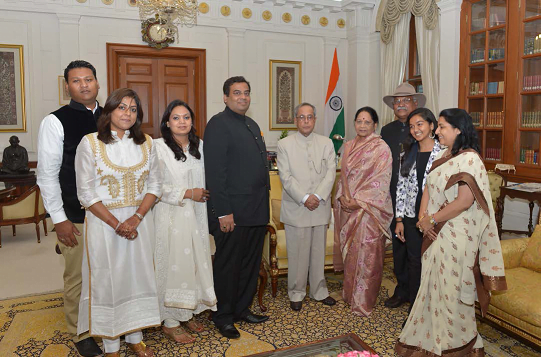 Her inspiring story is also penned by popular writer Dr. Aruna Bhargava’s Everyday Entrepreneur (U.S.A). Neerja International Inc. is the only Indian company to be featured in the book Business of Asia, as a part of the curriculum corporation of Australia.

The Awards and Felicitations ornamenting her Office over the years are proof of her excellence and recognition. She was honored by Gopal Krishna Bhagat Award 2019, by All India Pottery
Manufacturers Association, Life Time Achievement Award in recognition of her Outstanding Contribution by Zee Marudhara 2015, Numerous Women Empowerment Awards and Outstanding Business Woman Award 2011. Certificate of Merit for Excellent Export Growth for Ceramic Art Wares
consecutively for 3 years; Life Time Achievement Award For Service to Handicrafts Sector by E.P.C.H 2010 and many more.

Ms. Leela’s mission is always ‘We shall succeed jointly’, rather than ‘I’ shall succeed solely. These have held her in high esteem in the hearts of her co-artisans, well-wishers as well as the Indian and Foreign Print Media who have spoken volumes on her. 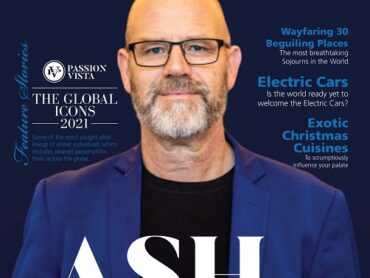