CHRONICLES OF A PRUDENT CULTURAL AMBASSADOR. 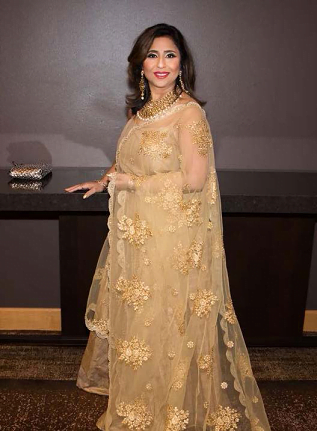 Born as the 5th daughter in a typical old-school family, Menka battled the traditions and completed her education, later became the only working professional from her family, she built an illustrious career, while enabled and opened doors to her cousins & nieces to follow. An MBA in Finance and a Certified Investment Banking and Project Management Professional, Ms. Soni has served in the top 5 Info-Tech companies including General Motors, Starbucks, Microsoft, handling multimillion-dollar global projects. Soon in 2004, post her marriage she moved to the U.S.A, it was while working at top IT companies, she was bitten by the entrepreneurial bug.

In 2011, Menka gave wings to her enterprising venture by launching her first designer apparel brand – Ravishing Inc., an initiative to aid Luckhnowi hand-embroidered Chikan women artisans and talent rural embroiders and women business owners. From her first brick & mortar store in Redmond Downtown, Seattle, to launching -Ravishing Women’s 2013- a nonprofit with the mission to Encourage, Inspire, Appreciate & Empower Women, she had done it all. She hosted Ravishing Women’s first pageant of Ms. India WA, to inspire and motivate women to showcase their talent. Menka became a  mentor and coach for several women and advocate to stop violence against women including domestic violence.

As a promoter of arts & culture, very soon she gave wings to another dream of bringing recognition for Indian culture and arts, launched Indian Cultural Center – ‘PRANAAM INDIA’. She became a cultural ambassador in the U.S.A. and launched a new concept of ‘RESOCLANT’ a unique combination of Resort, Restaurant, and Club. Rendering importance to Indian culture, all forms of music and art classes were offered at this cultural center along with celebrating all festivals to bring mini India in the USA. Undoubtedly, it got noticed for its unique offerings and became the talk-of-the-town. However, with huge disappointment, the city had conveyed the complex to be converted into apartments and within a few months, Menka lost both leased space and her conceptual cultural center. 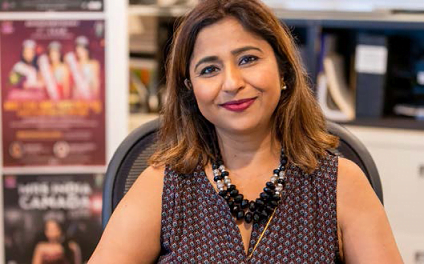 With her never giving up attitude, in spite of the hardships, Menka continued to make the path for other women to follow and was awarded as ‘The Best Nonprofit & Pageant Director’ along with the President of Miss Universe, Ms. Paula Shugart, at one of the biggest awards from global pageant and beauty industry. She was awarded several times for her designs, featured in Seattle Fashion Week and nominated several times as best designer. This catapulted her into launching–‘The North America Fashion Week’, the biggest fashion week in the North West area of the U.S.A, where reputed designers like Neeta Lulla, Prashant Verma, Rohit Verma walk the ramp. NAFW is supported and proclaimed as the most diverse and inclusive event by the City of Redmond Mayor; Recognized & appreciated by the Consul General of India for promoting fashion, textiles and cultural heritage of India in the USA.

While, on the other hand ‘Ravishing Women Festival’ is coming to be now City of Renton Mayor’s event; supported by Senators, Council members, Governor, Chief Police, and big Bollywood celebrities. Menka’s events are popular to be well organized, and attract diverse designers, artists, fashion houses, and celebrities all across the USA, Canada, India, Africa, Korea, China, Cambodia, and all other Asian countries. She is also a well-known name for big media productions in Seattle and Portland. As far as pageants are concerned Menka is running successfully Mr. & Ms. Asia Global, Mrs. India Canada, Miss Teen, Miss & Mrs. India Washington & Oregon USA pageant parallel to her Ms.India WA. 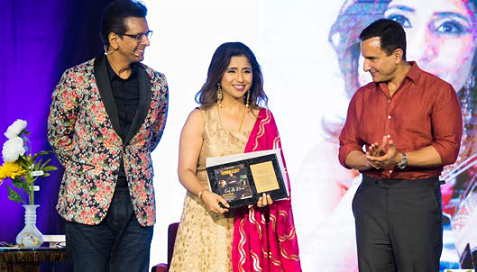 Menka has launched multiple charity and humanitarian projects under Ravishing Women from feeding underprivileged kids in schools to creating employment and job opportunities for women or supporting various shelter homes & orphanages across Seattle, Canada and in India. She is also involved in City Government and working as Board of Director in One Redmond Foundation in City of Redmond and Inclusion Task Force member with the City of Renton Mayor and recently she was awarded as Ambassador of Diversity & Inclusion by Mayor and Campaign Queen by NWPC, a national level organization for women in the USA.

Menka is invited as a public speaker in various forums, she is a healer, life coach, a motivational speaker.
Having felicitated, posted blogs for over 500 women, she also founded ‘Global Women Leadership Awards’. As a part of her non-profit agenda, Menka has launched – branded Biodegradable Sanitary pads along with disposal machine that can convert soiled sanitary pads into a spoon of ash, that is distributed free of cost to various shelter homes and brothels.

Talking of women empowerment and health,Menka concludes, ‘It is imperative to follow your passion, yet in the desire to be successful, I urge my fellow women to focus on personal health too. I learned this lesson the hard way, having suffered a heart attack. Please pay heed to your body, mind and soul.’