Steering Environment Initiatives and Education for Sustainable Development Across the Globe.

Kartikeya V. Sarabhai is an eminent environment educator and founder director of the Centre for Environment Education (CEE). He established the institution in 1984 as a Centre of Excellence of the Ministry of Environment, Forest and Climate Change (MoEFCC), Government of India.

He was educated in Cambridge (Tripos in Natural Science) and went on to do post graduate work in development communication at the Massachusetts Institute of Technology (MIT). It was during his master’s degree that Kartikeya Sarabhai came face to face with the reality of the environment’s rapid degradation. From then till now, he has left no stone unturned to inspire people around the globe to contribute to saving the environment.

He is on several national and international committees contributing to shaping world views and actions on enhancing the role of education as a key driver towards achieving SDGs. He has contributed immensely to ways in which education can play a significant role in achieving the objectives of the three Rio conventions. Under his visionary leadership CEE had entered in to partnership with all three conventions to strengthen critical role of environment education in successful implementation of these conventions through innovative local initiatives, and in creating synergies among these conventions.

Some of his innovative ideas present a transformative view towards achieving SDGs. Such as under his guidance, the concept of Handprint action was developed and launched at the UNESCO International Conference in 2007, which symbolises the positive action towards sustainable development.

It was under Mr. Sarabhai’s leadership CEE organised the UNESCO 4th International Conference on Environmental Education (Tbilisi+30) in India in 2007 that led to discussions on efforts of EE in strengthening Education for Sustainable Development. This laid the foundation for highlighting the role of education for Sustainable Development and enabled CEE partner with UNESCO and UNEP to organise key international conferences in 2005, 2010 and 2016.

Mr. Sarabhai was UNESCO Chair on Education for Sustainable Development and the Human Habitat (2014-Apr 2018). He was a member of the UNESCO Reference Group for UNDESD (United Nations Decade for Education for Sustainable Development) as well as a member of the International Steering Group for the End of the Decade Conference 2014.

He was also on the Advisory Council (2015-2018) of Global Education Monitoring Report (GEM) of UNESCO. And contributed to the UNESCO’s Education for All Global Monitoring Report for the year 2016, through his paper on ‘role of education in sustainable development and climate change mitigation’.

He was the co-chair of the Global Citizenship Working Group convened by the Brookings Institute, Washington D.C., to examine how Global Citizenship Education is measured, and make recommendations for new ways of assessing learning. Presently, Mr. Sarabhai is the Editor-in-chief of the Journal of Education for Sustainable Development, a Sage publication.

Over the years, Mr. Sarabhai has been a pioneer in contributing towards the Action for Climate Empowerment (Article 6 of the UNFCCC and Article 12 of the Paris Agreement) at the UNFCCC dialogues and Conference of the Parties. Mr. Sarabhai led the development of a compendium titled Good Practice in Action for Climate Empowerment: A compilation and analysis of case studies for UNFCCC in partnership with UNESCO. He has also served as the Vice-Chair of the Indian National Commission of IUCN, and a Member of the Steering Committee to oversee the UNEP/GEF supported Phase-II Capacity Building Project on Biosafety.

Mr. Sarabhai was also member of the expert group for development of a strategy for a global public awareness and education programme to sustain the phase-out of Ozone Depleting Substances (ODS) formed by United National Environment Programme.

He has long been associated with IUCN, and was the chair of South and South East Asia IUCN Commission on Education and Communication. Mr. Sarabhai was a member of Communication, Education and Public Awareness-Informal Advisory Committee of UNCBD, from India.

Kartikeya Sarabhai is the Chair of the Earth Charter International Council and the chair-holder of the UNESCO Chair on Education for Sustainable Development and the Human Habitat and also of MECCE’s Regional Hub for Australasia. Recently in December 2020, Director, NCERT has nominated him as an esteemed member of the Departmental Advisory Board (DAB) of NCERT.

His transformational work in the field of Environment and Education has earned him numerous accolades and awards. Kartikeya Sarabhai holds the Sir C.V. Raman Memorial Award in the field of science and technology popularisation and innovation and is also the recipient of the “Tree of Learning Award” from The World Conservation Union in 1998 in appreciation of his contributions to the field of environmental education and communication.

In 2012, the Government of India conferred the prestigious Padma Shri Award on Kartikeya Sarabhai, recognising his exceptional and distinguished service in the field of Environmental Education. In the year 2013, IAA (International Advertising Association) bestowed him with the Olive Green Crusader Award for his contribution to environmental education and education for sustainable development. He is also the recipient of 2016 International Brandwein Medal by Brandwein Institute and the IUCN-CEC in recognition of his lifetime work for inspiring new generations to experience, embrace and love nature first hand.

As one of our Most admired Global Indians, Kartikeya Sarabhai endures to advance forward in the field of environment, education, and sustainable development, making him our planet’s one of the most valued preservationists. 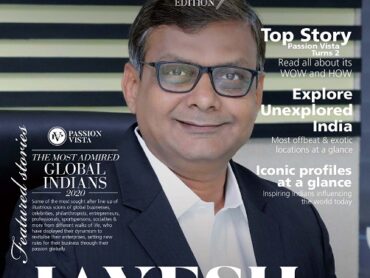 A Sanguine Personality with a tenacity and Grim Persistence “Never let struggle come in the way of our... 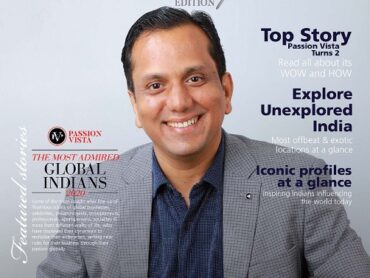 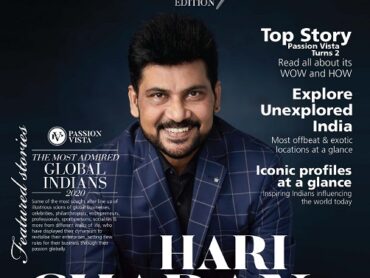 Skyrocketing to Accomplishments Hand in hand with his brother Ravi Bade, Mr. Hari Charan Bade is... 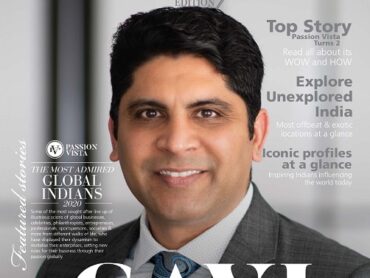 A Flawless Blend of Eruditeness, Solicitousness and Flamboyance. Leader, entrepreneur, and veteran officer,...