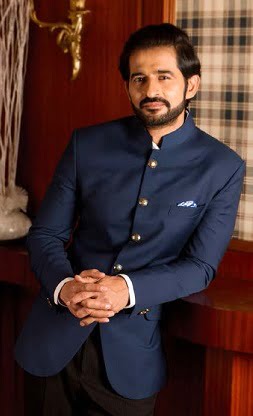 in Passion Story
Reading Time: 2 mins read
A A
Share on FacebookShare on Linkedin

He married his co-star Gauri Pradhan Tejwani from Kutumb and Kyunki Saas Bhi Kabhi Bahu Thi. There is a love story which stands out between them, which is why Hiten and Gauri make a power couple. They participated in the second season of Nach Baliye 2 and returned to host Season 4 in 2008. He was one of the celebrity contestants in the Bigg Boss 11, the reality show of its kind where he survived for 11 weeks.

What is the best thing that you like about films and acting?

I always dreamt of becoming an actor, and I chased my dream with the passion for being one. Actors are living a life of different characters; one gets to portray some brilliant characters, that inspires and changes your thoughts. We get to meet different people which adds a whole new experience in everyday life. Moreover, film is a media through which one gets a chance to send a message across the world. The epicentre of being in the film industry is that you are privileged of getting loved across the globe with a great fan following.

Three things that you would like to change about Hindi cinema

Change is inevitable. Over time, we have seen how Hindi Cinema has evolved. With a period of time, new concepts, new producers, directors and actors have entered, new kind of movies are made, so it keeps on changing with time. So, I don’t think I would be in need to change anything.

Big Boss experience was one of its kind. What were you doing in the house all the while?

Big boss experience was one of its kind indeed. Every year I was getting a call from them to join, so once when I had time on my hands; I thought why not to give it a shot. It is said that when you are in Big Boss house locked, your real self comes out with time. With the camera 24 hours, one cannot fake or hide it all the time. To the best of my belief, nothing changed for me; I came out with the same person as I had gone. The show was a lovely experience. It takes a while to rebuild yourself with the world around as you were away for quite a while.

Do you have any business or production plans ahead?

You never know what comes your way and should never say NO to any opportunities coming your way. So, Yes, why not, I would love to.

Your weakness and strengths

My weakness is my affirmation to everything being soft-hearted. I need to learn to deny where needed says, my wife and friends. Whereas my strength is my positivity and hard work, I lay to fulfil my dreams.