A Pure Soul with Real Strength of Character

One of the most promising leaders of the younger generation, H.E.S. Fabrice Houmard established the new neutral GU’s GHC Foundation, the supranational organization, and its permanent mission project, the “GU” parallel the fund structure for the iGov. In a record time of setting up this initiative, he was officially elected in 2017 as the youngest president of a complex global public affairs office.

H. E. S. Fabrice Houmard, a committed young entrepreneur with political connections, has a role in various startups and projects in association with his business partners. He has also served on several boards.

He positions himself geopolitically, and his travels enriched him culturally through the diverse network he established in both the public and corporate sectors. This exposure empowered him to play a pivotal part in ensuring that his team represents a diversified cultural background, which is both inspiring and a source of enrichment for many.

H.E.S. Fabrice Houmard believes that we rise by lifting others. This thought allows him to assess neutrally and handle national and global challenges as well as develop preventative and innovative solutions for the benefit of humanity – to protect, save, rescue, and empower lives around the globe.

His style of leadership is a mix of traits, contingency, behavior, participative, managed, relationship-oriented, cordial, loving, tolerant, co-existent, guided, and motivational. “I never think and act like a “Boss.” I think and act like a “Leader” and with the words in mind, ‘hard work with heart work,’” H.E.S. Fabrice Houmard elucidates. He is amongst those who keep all other positive attributes before thinking about profits and ego.

During a phase in H.E.S. Fabrice Houmard’s career, he had to fight the pelted stones thrown at him by people from third parties. During that time, he felt clouded, attacked, or even abandoned, but never did he feel like he messed up in deciding to be there. “I didn’t give up. You have to get up, take the stones, and form a staircase. Maybe lay the strategies but never lose sight of the goal and grow with the everyday risks.”

To refine the overview, and to recognize possible troublemakers, profiteers even faster were some of H.E.S. Fabrice Houmard’s most challenging leadership skills to develop. Although, it didn’t take him time to sail through this process since he already spends a lot of his time in introspection. If anything, he is beyond happy that he gets to work on such skills because they strengthen him as a leader.

H.E.S. Fabrice Houmard urges people never to give up, come what may. People might come and go, they could hurl harsh words, throw stones, but nothing should shake us away from the path. In this context, he suggests seeing an experienced professional to overcome fears rather than feeling lesser. “It is in our power to transform all fears into respect. Don’t look down upon those who have come between you and your dreams. Keep moving forward with your head held high.” 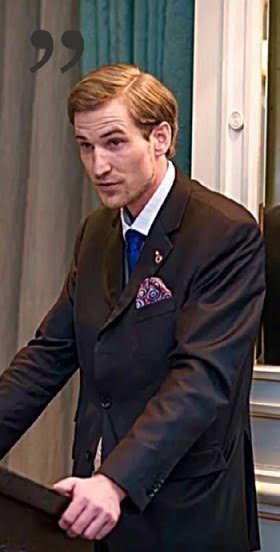 It is essential to stay connected, no matter what. Therefore, H.E.S. Fabrice Houmard highly encourages people around the globe, no matter how disadvantaged they feel, to think positively, to refrain from stress, not to become aggressive, to reflect, to allow help, and to embrace new ways of working.

Even though H.E.S. Fabrice Houmard likes to keep the idea of templates and deadlines personalized to each work profile, he does work on one particular template to meet his tasks. He is also open to new ideas, suggestions, and additions for improvement from his employees. Sometimes innovation is also allowed to prevail, which leads one faster to a goal. He discusses and implements them with the employees because he confirms that it is the way to get the most out of it.

H.E.S. Fabrice Houmard doesn’t consider himself a complete Green Earth Crusader. Since his election as the president of the global office of the GU & its permanent mission, he ensured from the very beginning of their new sustainable and innovative, global, supranational & iGov. He makes sure that people meet virtually, and save as much travel costs when possible so that foreign affairs, protection, humanitarian aid, education, innovation, and climate impact are in balance. “I am so proud of our delegates and our contributors & employees who are also, happy to implement it,” Sir H.E.S. Fabrice Houmard expresses.

With his position in the GU, H.E.S. Fabrice Houmard yearns to implement a lot more goodness, equality, education, security, justice, and peace among people. Additionally, he wants to facilitate people with adequate mental health services, contribute to reducing the effects of climate change and take the nation and thereby the world to a level of zero-hunger.

His Excellency Sir Fabrice Houmard’s thoughts, contributions, and plans inspire one to look beyond themselves. He is a pure soul with real strength of character.