in The Global Icons 2019, Cover story
Reading Time: 4 mins read
A A
Share on FacebookShare on Linkedin

Dr. P Shyama Raju, Chancellor at REVA University and Founder, DivyaSree Developers, is a man who is indigenously changing the education system in India.

Dr. P. Shyama Raju was born on 6 January 1950 in Chittoor District Andhra Pradesh, with modest beginnings. After acquiring a degree in Commerce from SGS Arts College, Tirupati, AP, he established Shyama Raju & Company Pvt Ltd in Bangalore and geared up to undertake Public projects. He walked into the offices of the Bengaluru City Corporation (BCC later rechristened BBMP), seeking an assignment. He was entrusted with two most challenging developments under the BCC. DivyaSree Developers, a real estate development company was thus born.

As his learning and evolution continued, Dr. P. Shyama Raju steadily imbibed the maturity and wisdom of a leader. Adept at building bridges with people and organizations, he forged alliances where it seemed
impossible and earned a reputation for meeting challenging deadlines. Always adapting to new, diverse environments with transformation and learning, he continued to adopt new skills and practices as he
entered novel avenues. 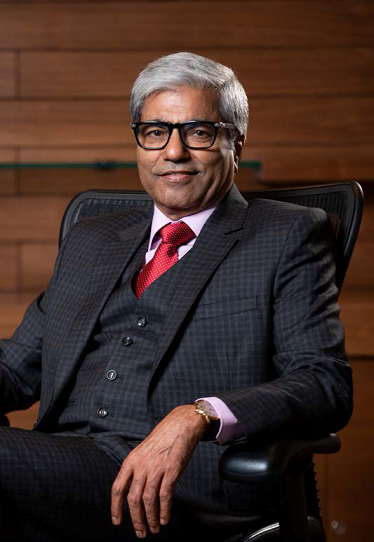 Always an admirer of academic values, Dr. P. Shyama Raju was evinced by Late Mrs. Rukmini Shyama
Raju’s strong interest to take charge of REVA University. Today, REVA University is a torchbearer in the ﬁeld of higher learning, moving steadily up the rankings in excellence.

Dr. P. Shyama Raju later also established the Rukmini Educational Charitable Trust, which is involved in the pursuit of providing aid to the growing need for quality education and philanthropic quests for the environment and general awareness. Continuing excellence of Global Education, REVA has been marching forward to be a young, vibrant University in India offering multidisciplinary programs. Within a short span the University has carved a niche for itself being a QS GOLD Band University, KSURF 3rd ranked University and listed in BRICS.

Dr. P.Shyama Raju has been presented with the Sir. M. Visvesvaraya Shiromani Award for being a Visionary Educationist in 2016, followed by prestigious State award –“Karnataka Rajyotsava Award 2017” for outstanding services in field of Education, also was recognised as “Global Asian of the year 2017”, also “Most Exemplary Leader in Internationalization of Indian Education Forum, 2018”.

In five very short years, Dr. P. Shyama Raju’s leadership as the Chancellor significantly impacts REVA.
The Chancellor has grown beyond his Herculean business entity. Dr. P. Shyama Raju was awarded an Honorary Doctorate (Honoris Causa) by the prestigious Visvesvaraya Technological University, Belagavi in 2015 for his outstanding contribution to Higher Education and Learning. Asia One Awarded him with the Best Brands and Leaders of the Country 2018 and he was featured on the cover of Forbes India in their March 2019 Edition as one of the top Global Business Leaders of the Country.

He entered the list of the most reputed names as an Entrepreneur courtesy DivyaSree but he became
the most recognized and emulated figure in the country as an Educationist. Steadily building the University, covering different facets of learning and disciplines, he is deeply involved in this process of
providing the best education and nurturing the healthiest environment for the exchange of this scale.

His single-mindedness has garnered REVA with many surprising recognitions, bringing to light efforts
that have an impact on us as a society. Jagruti – a voting awareness campaign organized by RELA (REVA Electoral Literacy Association) is one such work that took the nation by surprise, being hit with the realization that a mall but potent community can resurge people into action. Spurred by the success of Jagruti towards Global warming which was acknowledged well by the Government of Karnataka
as the Governor felicitated Dr. Raju for his efforts; REVA has now under his leadership initiated Jagruti towards Global Warming.

According to Dr. P. Shyama Raju, education should create curiosity to know more and learn more. His
vision for the University is it becomes a place that inspires global thought and creates a mobilized generation, who aspires to be a part of a transcendent movement. More innovation, more knowledge exchange, more application, more technology and influencing innumerable people to permeate
revolution, is where Dr. P. Shyama Raju is headed. 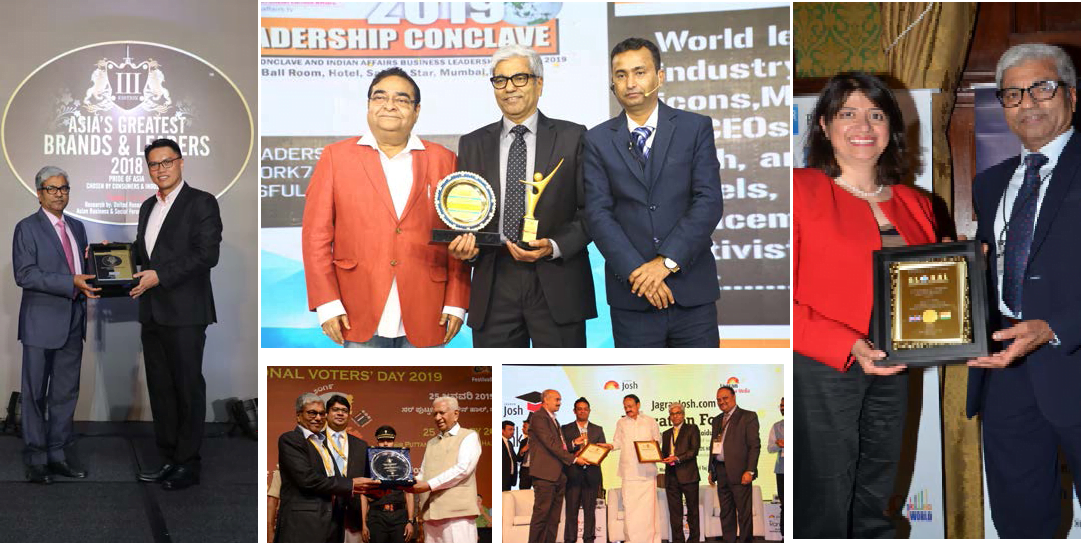 In an interview with Dr. Raju, here are few excerpts:

PV: How do you pitch yourself among your major competitors? Who are they? Your USP(Unique Selling
Proposition)?

Dr.Raju: REVA is a young, vibrant University that is amongst the league of Universities that have been
established just 5 years ago, albeit the REVA group is more than two decades into education now. Having said that the milestones achieved by REVA and the growth spurt in this short span of time have been remarkable and that which has been acknowledged by various accolades received by the University. Being a multidisciplinary University, the challenges are very many and this young University has many top league Universities to compete with. Having said that, our USP is that we believe in a personal touch
and fostering values in our students. We believe in creating leaders for global success and therefore our
curriculum is global in essence and spirit. Enabling and equipping our students with the knowledge and
competencies to flourish in a digital age is crucial for us. Inspiring greatness in our students is our mission and that is where we make a difference.

PV: Are there any Government Policies that affect your Business/Service/ Industry? Are they in favor of
or need change?

Dr. Raju: The education system is fast emerging and changing. There are many players in this sector today. We need flexible and nonbureaucratic government policies and one we are benchmarked as growing or quality institutions, there should be very less of Government interference, except for periodic quality checks.

PV: What was the turning point for growth in your strategy?

Dr. Raju: My realization that Education has to be value and skill-centric and not book-centric was perhaps the turning point for growth in my strategy. All education institutions impart knowledge, but the true essence of educating the youth lies in the fact that we need to focus on innovative ideas which is of value to the Society and which will help the youth face challenges.