An epitome of grace and elegance, this quintessential beauty queen is showcasing her charisma all over the world. Debanjali Kamstra made headlines when she became UAE’s first Mrs. World contestant and stood third in the Mrs. World 2022 beauty pageant. She is of Indian origin and has been living in Dubai for the past 14 years and is an entrepreneur by profession.

With her roots in Kolkata, India where she spent her formative years and completed her education. She later moved to Dubai since she was working as a cabin crew for Emirates Airlines which is a UAE-based mega airline company. She comments “India gave birth to me but the UAE adopted and nurtured me.”

Passionate about interior designing she launched her own interior designing firm called ‘Veloche Interior and Exhibition’. She has now launched two more businesses, one that sells home furnishings and another that sells healthy snacks and beverages. “The country has given a platform not only to me but to several people, to achieve their dreams,” she says.

The 35-year-old is happily married to her husband of 10 years, Christiaan Kamstra, a South African, and they share two beautiful daughters Victoria, 6, and Tiffany, 5. Her hectic life and busy schedule are very well managed by her while simultaneously running 3 companies. With the new responsibility of representing UAE in the WORLD woman empowerment platform, she is determined to make a wondrous and memorable headstart.

Tracing back her journey to becoming the first Mrs. UAE World and being a representative she recalls, “It was a friend who encouraged me to apply.

When I got a call back from Mrs. World saying they were excited to have UAE Participating for the first time in the MRS world competition. We then did a couple of rounds of interviews before I was told I’d been selected as Mrs. UAE World.”

The pageant took place in Las Vegas, U.S.A. and the finale was held on 15th January before which she took a week-long vacation in New York City to rejuvenate herself before the big competition. She also promoted her residential country wherever she travelled and shared “The more I talk, the more people will be aware of the participation of UAE.”

After preliminary Competition, this celestial beauty was selected in the top 15 amongst the 41 contestants. She states “Sending me to the top 15 will be such a great message to the world about the UAE’s inclusivity and diversity, we’ve recently celebrated 50 years as a nation and have achieved such great things, and this will remind everyone about the country’s open mindedness and welcoming nature.”

Having stood as the second runner-up in the biggest beauty pageant for married women, she is delighted with her achievements. Debanjali feels “I already felt so happy and satisfied to have even made it to that level. At the end of the day, everyone wants the crown. But it’s the judges’ decision. They have certain things they want to focus on for the year, so it’s about who fits that role the best.”

Though she is not a UAE citizen, she did not hold back the organizers of Mrs. World to give her the Mrs. UAE crown.

She embraces her association with the country and chose red and gold colors in her outfit when presenting on the international stage. “I believe the UAE is known for its luxury and richness, and it’s known for its gold. Red is in the flag and it resembles its power, as I’m also a woman of power,” notes Kamstra. Cary Santiago, a Filipino designer, designed her national costume, which was also “falcon influenced.”

This pageant was started about 38 years ago in 1984 and organizes the event with the belief of “celebrating the uniqueness of married women”, this year the crown was eventually won by Shaylyn Ford, Mrs. America and she was crowned by the reigning Mrs. World Ireland, Kate Schneider.

Kamstra had chosen many lines of advocacy work to get engaged with as part of her pageant campaign, including those for children with autism, individuals of determination, and fostering female leadership.

She recalls “When I applied, there was no beauty pageant in the UAE. There is no central body that governs Mrs. UAE here. I was appointed by the Mrs. World organization, who selected me as pioneer Mrs. UAE World.” Now her success in the beauty pageant has prompted her to start an organization that will promote and coach women who seek to participate in the various beauty competitions and provide them with guidance that she never received.

Her progressive thoughts regarding womanhood are a life lesson that she shares and says “People will judge you but it’s up to you what to take and what to discard. The problem is when you judge yourself. You don’t have to worry about what people think of you unless they’re your source of income or your financial provider. For women, financial independence is the best form of empowerment.”

When it comes to motherhood, striking the right balance both personally and professionally plays a key role in her life and she states “As long as you give your children quality time, that’s more important than the quantity of time. Spending the entire day with your children and not being able to achieve your dreams, it’s sacrificing a major part of your life. To be a better person, you have to be happy within.”

Debanjali Kamstra is a breath of fresh air as she shares her experiences as a mother, entrepreneur and now a successful pageant winner. She demonstrates that women can shift gears and can become whatever their hearts and mind aspire to achieve.

So when the question arises about the relevance of these pageants that some people deem as outdated, Debanjali has the perfect response to that “Whenever you want to do something in life, you always need a push. You want to prove something to yourself and others around you. When you enter a pageant, you get to prove certain things and streamline opportunities for yourself. It gives you a platform to make your voice louder.” 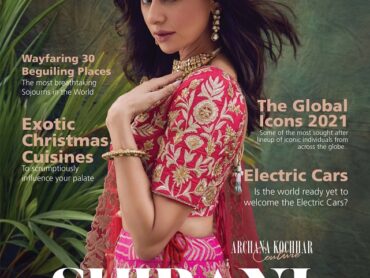 A synonym of benevolence, endurance, beauty Always charmed by the world of glamour, the second daughter born... 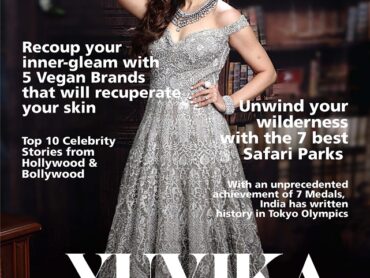 Yuvika Chaudhary is an actress, model and social media influencer who hails from India and exclusively works... 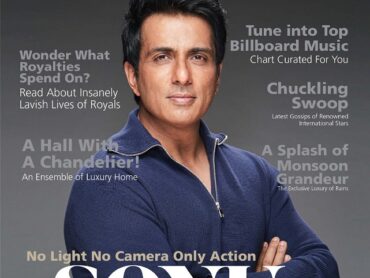 The man who Embraced HEROISM as a Personality An idol isn’t just someone who plays, acts, or rules; a hero... 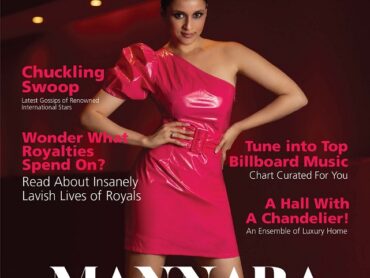