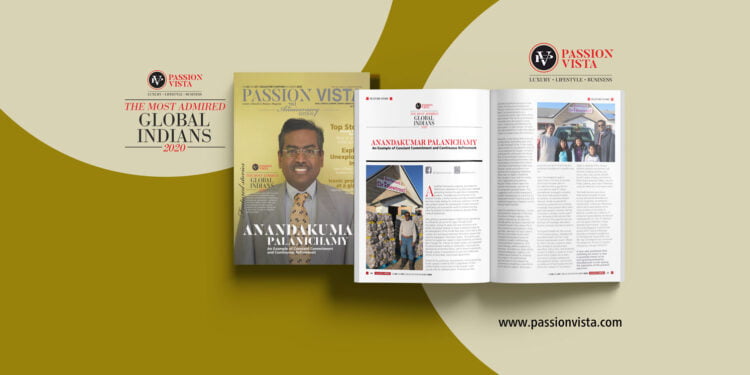 in Feature Stories, The Most Admired Global Indians 2020
Reading Time: 4 mins read
A A
Share on FacebookShare on Linkedin

An Example of Constant Commitment and Continuous Refinement

A qualified food-process engineer, Anandakumar Palanichamy, dedicated his youthful years towards generating solutions for agricultural engineering problems. Anandakumar is the founder of Dr. Beetroot Canada, a family business currently wheeled towards franchise model strategy for continuous expansion. It is he who worked towards the development of water resources significantly and surprised the world of entrepreneurship when he entered the field by introducing specialty foods made of red beetroot.

After getting a graduate degree in Agricultural Engineering, he offered his services to his region through DHAN Foundation. During his seven-year-long association with DHAN, he worked tirelessly to create a perspective plan for the development of the Gundar River basin, which led to the creation of a tank-based watershed information system that used the Geographic Information system. During the same period, he headed two research studies funded by the World Bank through TN – Institute for Water Studies, and organized the provincial level meeting of stakeholders concerning the development of the River basins, and he shared study results through a series of presentations to train the middle-level officers of Tamil Nadu Government departments. 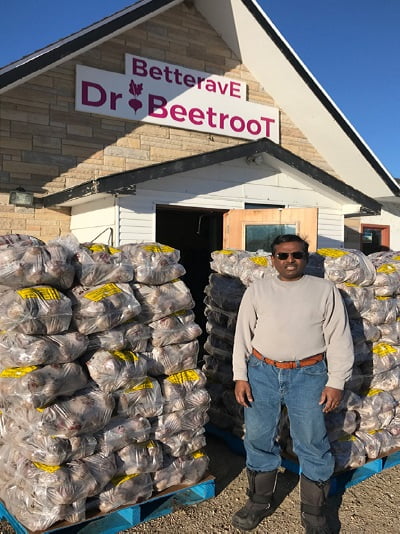 Known for his proficiency, innovativeness, and workmanship, he led a project funded by ITDA (a department of then Andhra Pradesh Government) to help prepare a tank cascade atlas for Adilabad district. Anandakumar also provided significant assistance to the Urban Infrastructure Development Project, funded by Asian Development Bank, by providing inputs as a Community Liaison. Apart from all the groundwork that he has accomplished, Anandakumar also played a crucial role in organizing and federating the associations of tank farmers. His work also demanded him to take international visitors to project areas and roadshows.

However, it was during these busy and professionally demanding years when an idea changed his life. In the tropical region where he was placed to work for a rural development project, he had to withstand the unfavorably hot climate. Due to the prolonged exposure to the heat in that working environment, the humanitarian Anandakumar suffered with heat stroke leading to piles issue. Despite myriad consultations from doctors and undergoing treatments, there was no respite. Troubled by this, he got in touch with his mother, who suggested eating beetroot. Regular intake of beet helped him recover miraculously, and soon all his symptoms vanished forever. This suggestion and its effect impressed a healthy Anandakumar so much that he engrossed himself in learning about the medicinal properties of beetroot and its various health benefits.

Later he travelled to Manitoba, Canada, and joined the University of Manitoba to pursue a Master’s degree in Bio-systems engineering. An active and friendly person by nature, Anandakumar involved himself in the campus life at the university by participating in many activities. Amongst the many subjects, the man who made this life switch enjoyed learning about numerical modeling, research methodology, instrumentation engineering, food micro-biology, and bio-engineering the most. Anandakumar loved utilizing artificial intelligence; statistical; and mathematical methods for analyzing his projects. He would sincerely give seminars on bio-engineering, conference proceedings, presentations on his favorite subjects. Amazingly, a prominent Journal of Food Protection published Anandakumar’s valuable work too.

Soon, he managed to grab an opportunity in the form of a private job but quit five years later on the realization that a guy like him is not meant to work for others. Anandakumar envisaged a company that would make products based on beetroot. An extensive research followed. Initially he planned for nutritional supplements but switched to specialty food products which had a great daily demand. However, starting a business in a foreign country wasn’t easy. Belonging to the technical field he had almost zero expertise and was bankrupt of knowledge ideas about business processes and ideas to grow it.

To acquaint himself with the nuances of the business process, Anandakumar associated himself with the “small business development course” offered by YMCA. He had a chance to collect data remotely by doing business; agriculture; labour force; and household surveys for Statistics Canada for a short period which enabled him to learn more about Canadian business and demographical settings. Later he built a suitable and efficient production and distribution network for his products. 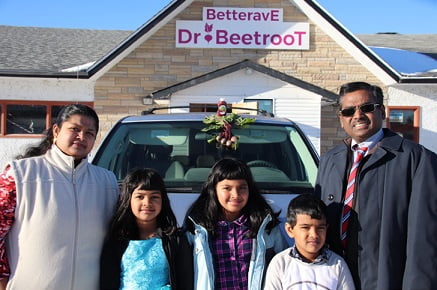 The family business was once a small venture but grew to touch success and earned Anandakumar his due recognition. His persistent commitments, continuous refinements, and his will to excel deserve all the name and fame in the world. Dr Beetroot currently own a 6500 sq. ft. production facility federally licensed and registered with U.S. FDA. Dr. Beetroot won the award titled Most Unique Specialty Food Producer – Canada, at Lux Life Magazine’s Food & Drinks Awards 2019. Food and Beverage Manitoba nominated Anandakumar for the Rising Star Award 2016, and RBC top 25 Immigrants also nominated this achiever for the top 75 Canadian Immigrants in the year 2016-2017.

A man who outshined after switching his career is now a successful owner of an ever-growing enterprise. Anandakumar is now eyeing the expansion of the product spectrum.