An Ex-Serviceman Empowering other Veterans

A humble and decorated naval officer to have donned the uniform for twenty-three glorious years, Commander Angsuman Ojha (Rtd) had a taste of both adventure and action. With nine years of dutiful service on- board various Indian Navy vessels and twelve years of exemplary and commendable service in the Naval Police, he decided to establish a self- sustaining, revenue-sharing based organization in the spirit of a cooperative business. He wanted the workplace to include willing and capable volunteers from the veteran community. Angsuman wished to contribute a part of the profits towards the welfare activities for ex- servicemen. This idea turned into reality when the Indian ex- Defence Service Employees Chamber of Commerce (IESECCI) commenced in 2014. The primary purpose of the chamber was to create a platform that synergizes the expertise, skills, and aspirations of the veteran community.

The former naval warrior draws strength for his passion to serve from the three things- love, fulfilment, and inspiration. He believes, “life is like a candle that burns to light up other lives.” The experiences he had throughout the early phases of life, especially during his service in the navy, became an enriching source of inspiration, knowledge, and opportunities, which proved to be life-altering ones. Hailing from a remote district in Jharkhand, Angsuman received early education at his maternal and native places. His father, being a Mining Engineer and a transferable employee, would receive postings throughout India. This provided him with ample opportunity to stay in nature’s beauty and remote areas in states like Odisha, Bihar, Karnataka, etc. This way, Angsuman could interact with India’s rich diversity including tribal, farmers, and economically backward people.

While growing up, he was exposed to spirituality as he delved into the works of great philosophers and leaders like Vivekananda, Ramakrishna Paramhansa, Tagore, and Bose. He would also live in caves with sages. Higher studies at St. Joseph Convent, Ravenshaw College, and Stewart Science College, along with five years of volunteering for NCC, helped Angsuman adopt a balanced view of life based on the values and principles of Karma, charity, and appreciating the gift of life. The naval service not only provided him with a challenging opportunity but also taught him that he has left no stone unturned in giving it back to society as a soldier, an advocate, and through IESECCI.

His shared venture, IESECCI, co-founded with other trusted veterans, Colleagues, and few other eminent civilian achievers, carries out various commerce facilitation and CSR activities. It also retains the capability to implement global and domestic projects through its veteran and other commerce networks. In the years followed by its inception, they have significantly established their capabilities and credibility in various sectors such as Tele-medicine and Healthcare training, Water Conservation schemes, e-Commerce, Defence Industry SMEMSME Cluster/Hub development, Skill India, Digital India, Maritime, and Inland-Waterways training and through several opportunities such as Atmanirbhar Bharat, Swaccha Bharat Abhiyaan, Andaman & Nicobar Commerce opportunities. Their global reach through their network of associates extends up to Canada, Singapore, Slovakia, Indonesia, and Nepal.

However, in the nascent stage, the collective idea of an organization like IESECCI was not so easy to run and maintain. During the formative phase, Angsuman and his team decided that their corporation will not depend on the banks, governments, or any venture’s capitalist funds. It was finalized that the firm will run on a self-sustaining, revenue-sharing model that won’t incur any expenses on its associates when it comes to investment.

As a result, IESECCI doesn’t charge any fees to individuals willing to join as Associates. Furthermore, it allows the flexibility of “work from home” with the authorization to use its trademark, visiting cards, and their addresses for all the business. All that it asks is a PAN number, a UID number, and a bank account. 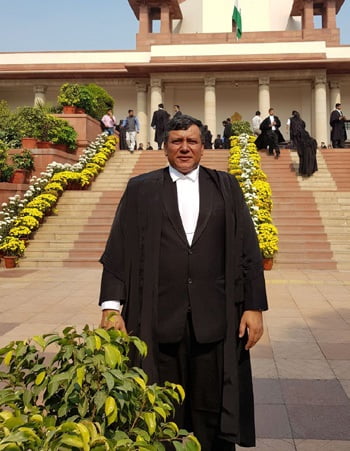 The payment to its associates comes as a consultancy along with tax deductions and an additional ten percent deduction that goes to IESECCI and its NGO Partner Jyotirgmay Foundation, for enabling /empowering welfare activities for ex-servicemen and Public Charity. For ensuring the splendid performance of their associates, IESECCI provides them with a wide spectrum of resources, including access to their wide network across the world. Through his community business idea, he has transformed many lives and created enormous opportunities for veterans and civilians with potential.

Angsuman himself, being a proud veteran, has extensively worked in benevolent and conflict missions such as OP Parakram, OP Vijay, OP Tasha, and OP Madad. He has now dedicated his valuable life to the service of fellow veterans and the promotion of entrepreneurship. He encourages job creation through entrepreneurial activities.

He also as a practicing advocate at High Courts and Armed Forces Tribunal ,takes up largely Ex- Serviceman legal matters,and seeks legal remedy for them and feels privileged to serve the “ONE’S WHO SERVED THE NATION IN UNIFORM”.