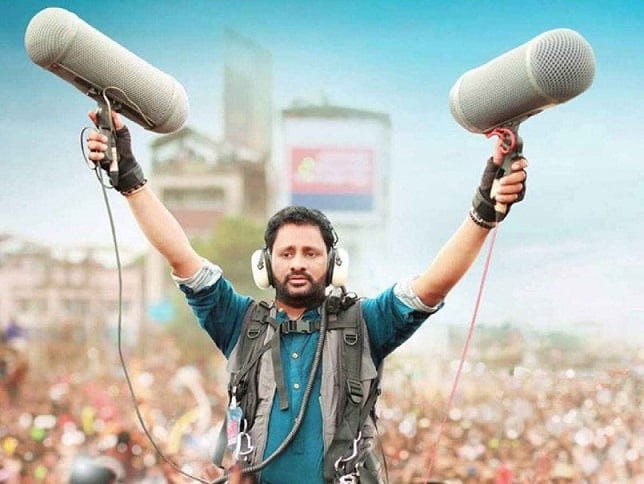 in Passion Story
Reading Time: 4 mins read
A A
Share on FacebookShare on Linkedin

Sound Design Is About Capturing Emotional Space In Audiences’ Minds

More often than not, design is all things tangible – elements that can be seen, touched or felt. What is then the role of ‘sound’ in design? According to Indian film sound designer, sound editor and audio mixer, Dr Resul Pookutty, ‘sound’ holds the power to directly impact mind space. The Academy Award winner argues that sound, almost without fail, even if it is just traffic noises or seashore, will elicit a reaction.

If cinema is a continuum of time and space, the sound is the temporal element of that space. “It defines the meaning of an image,” said Pookutty, explaining, “Finding and creating this meaning puts immense responsibility on a design man’s shoulders. But it also makes one very powerful.”

In his headline address at the BW Businessworld Future of Design Summit & Awards 2019, Pookutty referred to the concept of married print, where picture and sound are combined to create one singular expression to leave an impression.

He then explained the methodical deconstruction of the final expression, wherein filmmakers treat each layer independently and bring it all together in one master presentation. Sound is similar. “Sound, too, is created with a layering system. Sometimes we may not use the real sound of action because the key objective here is to find the most appropriate sound that leaves an impact,” he said.

When you hear glass breaking in a movie, the sound used may not be that. This is not very different from earlier times when the sound of rain was produced from sugar flowing on paper.

“Aware that every sound is associated with an image, we create sound from innate things,” Pookutty said.

For the benefit of the delegates, he outlined the various kinds of sounds that are heard in a movie and how these are used by sound makers.

“If you attempt to understand the difference between spoken dialogue and a speech, you will know the transformational power of sound. Speech is sent out to a certain community to create an impact. If you recall Swami Vivekananda’s speech that is seen as one of the greatest speeches India ever sent out, even today, you can hear and sense that room. You are transformed into another space with just one element,” Pookutty remarked.

Recording sound for films gives it the ability to come close or go away from the audience.

Pookutty spoke on India’s tradition of ‘dubbing’ in movies versus ‘live sound’ as seen in many international productions. Dubbing is recording sound separately after shooting the movie and synchronising it. India is among the few markets that still dub, not only because of the country’s culture rooted in the theatre but also how film technology evolved in India. Dubbing has several advantages. Pookutty cited examples including Mughale-Azam where actors such as Dilip Kumar used sound to their great benefit. Dubbing allows actors a second chance.

Live sound, however, cannot be ignored either. Pookutty argued that its lack in India was underserving both cinema audiences, actors and the entertainment community. “Actors bare their soul and become someone else every time a director says ‘action’. That process influences audiences, creating an emotional bond but it is not captured when you dub.”

Pookutty hence decided to work in films that will only do live sound. The decision was not a welcome one in the beginning and like most Indian film veterans, Pookutty’s path too was wrought with challenges. In an industry, where education was underrated to the point of not required, Pookutty continues to stress on the importance of theory.

“Theories allows you to differentiate the genuine. But the responsibility was on me to create the need for ‘me’ in this community. I decided to create the space where I am needed for the benefit of the industry,” he stated.

The timing helped his pursuit as the rise of digital at the time indicated the need for a ‘new’ sound.

From there, was born the Pookutty brand of sound design.

Discussing terms such as performing sound, foley sound and ambience sound among others, he explained how each of these induced was a powerful arsenal for the sound makers.

He also shared his experience with movies such as ‘Black’ where the protagonist was differently-abled and the Oscar winner ‘Slumdog Millionnaire’. Both of these required unprecedented spadework. In ‘Black’, people with similar challenges were brought on the set and observed. The sound was ‘extracted’ to match the subsequent analysis. ‘Slumdog Millionnaire’ probably saw the largest number of microphones in recording in Dharavi in Mumbai, allowing the movie to play sounds based on authentic surroundings.

Backed with experiences like these, and tasked to search the 3D equivalent in sound, or what next for technology like Dolby, Pookutty created what famously became the 4D SRL for the movie ‘2.0’. The ‘SRL’ stood for the director Shankar, Resul himself and Lyca.

Normally, where the Dolby digital system uses 45 to 60 speakers, the 4D SRL format, that was placed in Satyam Cinema in Chennai, used 634 speakers. Every alternate seat was outfitted with speakers, creating a moving effect.

“We are constantly manifesting the ability to hear and induce an emotion with sound. In some cases, we must imagine it. Like in the movie ‘Blue’, the movie climax is a scene 200 meters underwater. We recorded underwater sounds, but we cannot record 200 meters under. In such cases, we imagine. And we do so to the point where we feel this is the only possible sound for this situation.”

Pookutty advice is to enjoy being the ‘first audience’. For him, the future of sound design is optimistic. The advent of artificial intelligence, for instance, promises to put more power in the hands of sound makers, and more choice for audiences.

Resul Pookutty was speaking at the second edition of the BW Businessworld Future of Design Summit & Awards held in Mumbai on October 17, 2019.