India’s PADMAN with a Global Recognition

Call him the PADMAN or the “Menstrual Man,” Arunachalam Muruganantham has truly changed the fate of Indian rural women’s health and sanitization. His story isn’t unknown to many since actor Akshay Kumar narrated the events that led him to these names in a movie titled “PADMAN.” But the picturization was only a way to put Arunachalam Muruganantham’s name on every Indian’s tongues, while he was already a Global Award winner for his innovation. 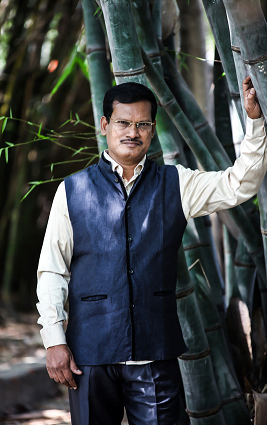 Muruganantham, from southern India, found out about the struggles of women during their menstrual cycle after he got married. He didn’t like the idea of them resorting to dirty pieces of clothes since it was unsanitary and leads to life-threatening diseases.

His invention was mainly for the love of his wife. He decided to make a low-cost sanitary napkin to help her and keep her healthy. That was when his improbable journey started. It was a small step for a school dropout but a big leap to break one of the world’s longest-running taboos. In due course, he realized that this problem is not bound to India, but women in all developing countries face this kind of predicament.

After creating something out of his will to save his wife’s health, he made her a sanitary napkin, only to be rebuked by its failure. His wife, Shanti, refused to use what he made and went back to her old method of using pieces of cloths.

Undaunted with the feedback, Muruganantham continued to research. He used different varieties of cotton and decided to use his sisters as test objects. They, too, were reluctant to discuss this taboo openly. For his research, he needed more volunteers. He decided to approach women students at a Medical College. After much hesitation, he persuaded nearly twenty of them to test his pads. The plan was a failure, too, since he couldn’t get unbiased or trustworthy feedback from them.

He got the name “The Menstrual Man” because he took up the responsibility to try the effectiveness of the sanitary napkin to make it comfortable for the women of his village. Muruganantham was the first man on the globe who wore a sanitary napkin! He created an artificial uterus using a football bladder and filled it with goat’s blood. Next, he mixed it with an additive obtained from a blood bank, preventing the blood from clotting. He walked and cycled with the football bladder tucked under his clothes while pumping blood to test his “sanitary pad’s absorption rate.” When he went to wash his bloodied clothes at a community village well, people rumored that he had a sexual disease. He continued his research despite community shame.

The result of this episode was a shattering one, with Shanti sending Muruganantham a divorce notice, his mother disowning him, and the village outcasting him for trying to do something that was considered taboo. Lonely and dejected, Muruganantham dealt with the hatred and left the town, but was still strong-willed to make the most affordable sanitary napkins in the world for the sake of women’s better health.

Despite the barriers in conversing in English, Muruganantham convinced some companies abroad that he was a textile mill owner & a prospective manufacturer. He requested them to send across some raw materials. The journey continued with him figuring out the rightful use of the raw materials to Muruganantham creating the world’s lowest costing machine that made affordable sanitary napkins. With the help of a mold operated by a foot pedal, he could compress the de-fibred pulp into the required shape, seal the napkin and sterilize it. In this way, he created the world’s lowest costing, small-scale sanitary making machine. 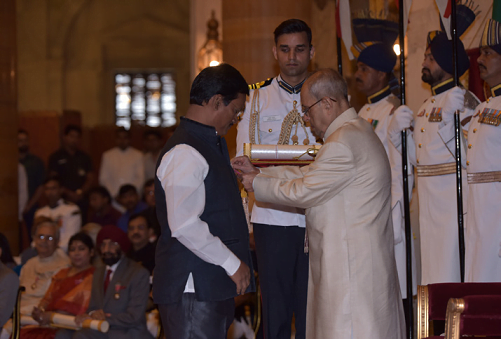 Out of nine-hundred-and-forty-three entries in the IIT’s Innovation Competition, Muruganantham’s invention received the first prize. It thus proved that a resolved mind is stronger than all obstacles. He decided on supplying the machine only for poor rural women. Since he believed in neither capitalism nor socialism, he worked with the village Self Help Groups (SHGs) in identifying the right women entrepreneur who would pay 10% of the machine cost with the balance coming through a bank loan. This step energized Muruganantham. His innovation is serving the dual goals of promoting cost-effective female hygiene and job creation for poor rural women.

Muruganantham’s invention is a game-changer, which secured him a space in the list of TIME’s 100 Most Influential People of the World in 2014. A documentary on his creative invention, by the name of ‘Period. End of Sentence’ won the Oscar for best documentary in 2019. He was named in ‘Fortune magazine’s world’s 50 Greatest Leaders 2019’, a distinct achievement. He single-handedly defeated the unkind, primitive taboo surrounding a woman’s perfectly natural physiological process, without which humanity would not exist.

As the Eastern Wisdom goes, he strongly feels that material things do not bring lasting happiness in life. His message for the educated is straightforward, “Don’t use education just to survive; use it to do something that can transform the world.”