LIVING THE WILD SIDE OF LIFE

Over two and a half years have passed since the German born-actress has arrived in Los Angeles. An independent comic book adaption brought her to Tinseltown. Bringing the world closer together and creating global collaboration are the fundaments of her work.

“I was driven to pursue the translation of Black Tiger to a live-action TV series based on the inspiration of a comic strip created by my friend John Hervey”, recalls Rebekka Mueller.

The imagery of the comic strip was raw and exquisite with content engaging bold collaborations among diverse ethnic elements typically alien to conservative western programming. There wasn’t only the appeal of that iconoclastic femme fatale protagonist to offset traditional male-driven drama, but the addition of a complex multicultural backdrop that drew heavily from various philosophies of both spiritual and secular life across eastern and western perspectives. These distinctions defined “Black Tiger “in a compelling way that for her served as a theatrical commentary on the need for establishing more positive connotations of the idea of ‘multicultural heroism.’ 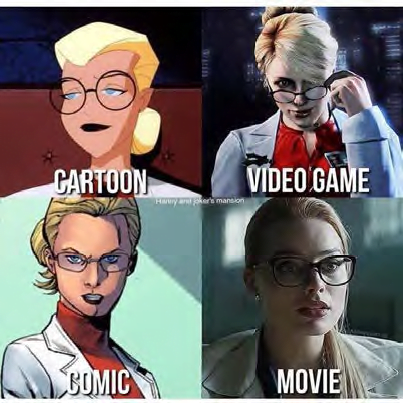 “When we think of ‘heroes,’ we have only a modest slew of highly westernized conservative models to resort to. Even Doctor Strange, Marvels notoriously eastern-veering renegade employing Hinduism sensibility in the context of hostilities, has only a halfway expression of biculturalism, because the protagonist himself, Stephen Vincent Strange, is still an ambassador of reigning Caucasian Americanism by right of his heritage as a western character”, explains Rebekka. “Black Tiger”

overturns this tendency for favoring western heroic archetypes by challenging a central Asian character in the titular role to resist not only the story’s intelligent threats to civilized life, but the overlying expectation that the heroes most fit to undertake this kind of resistance are themselves the same collection of western warriors we have already seen. “It is time to make an example of the alternative sources of ‘extraordinary’s’ beginning in human heroism”, demands the dynamic German.

Breaking with the fourth wall with Warner Brothers

But this diversity and the need for it spawn tremendous opportunities not only as a producer with a European mindset but also as an actress is a thrilling challenge for Rebekka. Her participation in Warner Brothers’ Live Action Halloween performance series “Horror Made Here” on the Warner Brothers lot as Dr. Harleen Quinzel has been thrilling for Rebekka last season was one of her highlights. Most of the audience knew the character from the DC comics or from the film “Suicide Squad” where Dr. Harleen Quinzel was portraited by Margot Robbie by the same studio, so there is a special wait on your shoulders, remembers Rebekka who has solid theater background. Her performance consisted of an experiential theatrical performance that had an audience just as traditional theatrical productions do, except that this audience was on the move, walking through each of the sets of the world in three-dimensional live time as opposed to the typical format where they watch two-dimensionally from a solitary seat in the stands. “Breaking the fourth wall this way meant that as actors we required greater improvisational dynamism to ensure that our performances and our content could bend to accommodate the surprises of audience participation. The chief distinction and excitement of this production were that the audience, unlike in typical venues, is not shielded from the dangers of the world in which we actors participate and simultaneously create”, so the actress who played her role in a proper Brooklyn Accent as the role demanded. “That was what made this experience so unique
because there was such an organic interdependence of the two dimensions of reality and fiction for an overall experience of entertainment that we are used to thinking of in strictly independent terms characterized by viewers and performers. The viewers became involuntary performers who indented the world they experienced differently as a result of our reactions to their indentations. What can I say? Life is wild in LA …”

Your Go To place for food in LA?
The Asian-Fusion restaurant “Rocksugar”

Success to you is?
Following your gut feeling

Your upcoming projects, that you are excited about?
I am exited about the amazing superhero show I am in.

One Word to define your personality would be?
Adventurous

Childhood Memory you cling onto even today?
I had been siting next to a real-life Indiana Jones and his wife on a plane to London when I was 9..

Any Make up tip or DIY styling tip you could share with us?
Clean and hydrated skin is the most important thing to me. I love my proactive complete. And I also love
to use fresh squeezed aloe vera as a hydration/healing treatment once a week.

REBEKKA
Rebekka Mueller is a German-American actress from Bremerhaven with a career spanning two continents in an eclectic repertoire of feature films encompassing the distinguished German movies ‘Timebreakers,’ ‘Reeperbahn,’ and ‘Death Wish Zero’. Possessing a doe-eyed soulful sweetness and delicacy, her work is characterized by a studied, wistful precision that has become a signature of her personal craft and embodiment of versatile theatrical sensibilities.