WHERE ANIMATION IS A RELIGION.

Mr. Bhavesh Suthar, Tech-preneur, 3D Animation Champion, takes his profession not as work, but a religion; shares his interesting story of building animated games and movies.

Belonging to a very humble joint family of Mehsana, Gujarat, Bhavesh had dreams to do big in the corporate world until he had tried his luck in the job market after completing his graduation in engineering. But destiny had some other plans for him; after failing in getting a decent job of his choice,
he decided to try his luck in 3D Animation by starting his own venture.

The initial period of his venture saw a lot of disappointment when his two 3D animation artists sat idle for six months without a single client. The next six months got him a client but then afterward his diligent hardwork and constant networking paved way for a slow but steady rise in clientele and soon
he found himself hiring more experienced and skilled 3D animation artists almost every day. He started
getting domestic as well as international clients. Today, his company has more than 47 clients and adding with a team of highly qualified and workaholic team of more than 150 artists.

Bhavesh quotes, ‘Today we have clients approaching us to create their promotions on 3D platforms which they can push directly to the mobile phones of prospective clients as well on the social media sites’. 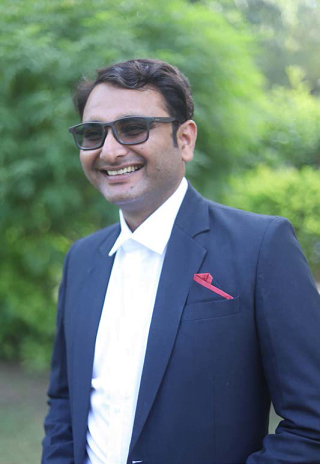 Bhavesh is the Founder of 3D Animation company, ‘Aswaforce Private Limited’ which is into 3D Animation Solutions to Corporates as well as Movie Production Houses. He saw an opportunity in this digital age where a fast and ever-changing lifestyle demanded digital creativity which prompted him to decided to take a plunge in the 3D Animations which has now become very competitive. There are 3D Animators in every nook & corner nowadays; what differentiates then amongst them is the output quality and the delivery time frame. The key here is to deliver the work with minimum to nil rework and to do that it is important to understand the exact nature of the client’s work and target audience and background information about the industry in which the client operates. Bhavesh says that his organization’s USP is its team’s ability to get into the skin of the client, live their dreams and deliver 3D Animation of supreme fitness & finesse. As a result of this, he gets a 100% recurring business which stands his organization apart from the rest.

But the journey was not an easy one. There were many factors that worked and kept him energized in the initial period when he had left his job. First and foremost was the belief in his grit & skills which he always knew were second to none. He was ever-persistent, kept meeting people and continued to make presentations on a daily basis, having a strong belief that the value he was offering was supreme. The second pillar of strength was the inner circle of people closest to him, his family and friends who as they say make or break a person’s back. In his case, they stood behind him as very strong support and ensured that he never got bogged down by initial failures. They helped him kept his confidence and self belief to keep aiming higher and higher. 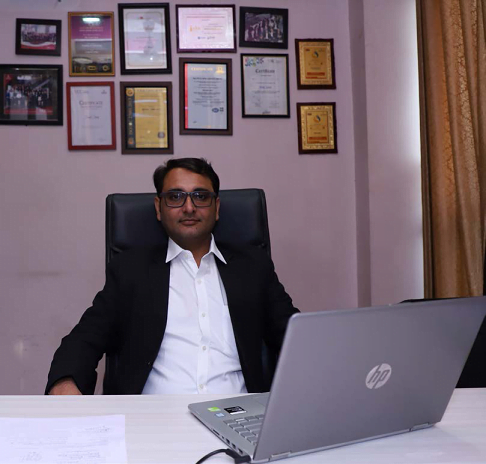 3D Animation for him is not a profession but his passion, a religion. He says, “I eat, sleep, drink and eat it. ” Same goes for his team as well; he ensures that employee morale is always high and they are always looking forward to delivering better and more. They are often engaged in healthy discussions on the latest technology with insight into the industry. Their challenges, suggestions, feedbacks and updates on the work they are doing are all checked on a regular basis. The entire team works as a family; each one supporting another and ensuring mutual personal and professional development. And, the result usually is the design rejection ratio is near ZERO.

Speaking about his dreams, Bhavesh says that the movie buff in him wants to design and direct an animated movie. On a more sincere note, he wants to start a 3D Animation Design University to provide world-class 3D animation artists to India and to the world.