Set in the province of Salzburgerland are a number of wonderful tranquil lakes so pure that the water is drinkable. I came to Fuschl and her lake called Fuschlsee. From its different angles I sensed the lake’s different character and characters. At night the very few lights emphasised just how underpopulated the shoreline is.

A little electronic ferry called ‘Zille’ quietly glides duck-like from end to end, delivering satisfied passengers to blend in with walkers and cyclists who enjoy the full two hour circuit around the lake and with swimmers and paddle boarders taking on the challenge of the water itself. Fishermen seeking trout row out in their wooden boats after work to be at one with the pure water that has neither litter nor fumes with petrol strictly ‘verboten’.

I stayed first at Ebner’s Waldhof. What a wonderful mixture this hotel is: part alpine chalet, part modern and part authentically Austrian and suggestive of a bygone era. This amalgamation of buildings has something for everyone with quirky corridors lined with curiosities such as horse carts and deer antlers, tableaux and taxidermy.

The spa at Ebner’s specialises in salt and herb infusions. After being ‘steamed’ to allow the skin to soak it all in, I boarded a pummelling machine in preparation for my massage. Recuperation was very evidently all the rage with families decked out in bathrobes for their outdoor lunch. Even the ten year olds seemed to be enjoying their early retirement.

Two days later I went on to the lake’s western and even quieter end to stay at the luxurious Schloss Fuschl. Perched on a prime vantage point it looks across the entire length of the lake. Directly beneath the breakfast room that resembles a ship captain’s bridge, at quite a dramatic drop to the shoreline, is broad decking designed for both bathers and sunbathers.

I reached Vienna, and my final destination, the Hotel Bristol that has been carefully restored to its former glory that boasted the Duke of Windsor amongst its clientele. Wooden panelling and stained glass windows with distinctive ‘jugendstil’ (Viennese Art Nouveau) floral patterns decorate the elegantly stylised rooms along with an elaborate staircase and an historic elevator with its padded leather seats that suggested both opulence and grandeur.

Set in the ‘Hofsburg Complex’ is the famous Spanish Riding School. A must for anyone visiting Vienna however short their trip. It’s set in a stunning baroque room with beautifully lit chandeliers and set to waltz and other classical Viennese music. These stage performances are a sustained tradition and the result of years of dedication. The riders are in their ceremonial costumes
wearing black bicorn hats with gold braid stripes, coffee-coloured jackets with rows of brass buttons,
pale leather gloves and long boots covering their knees. All complemented by saddles made elegant by their embroidered cloth.

Just behind the nearby ‘Museums Quartier’ and set in a quiet courtyard I ate at the vegetarian Tian Bistro. Here, sitting amongst plants, wooden crates and an unusually non-stentorian Austrian clientele, I experienced ‘Sharing Chef’s Garden’, a combination of five different culinary delights made from locally sourced, seasonal, ‘market-fresh’ produce. Even as a non-vegetarian the burger with its barbecue dip was a suitable alternative to its meat version.

A short stroll west from the hotel and I was looking up at the Secession Building with its glorious white decorated walls with their ‘jugenstil’ reliefs crowned by its golden cupola. I then ambled though the old booths of the Naschmarkt, a market with its rich mix of well-stocked ethnic foods and daily produce along with cafes and bars where tourists fit in seamlessly with locals. I went as far as the point where it peters out beside the lovely floral exterior of the Wagner Apartment Buildings.

More than 450 balls are held in Vienna annually, where revellers dance to anything from traditional waltz to more comtemporary beats. At the ‘Techno Ball’ outfits comprise of suits and sneakers. Yet in stark contrast to the glamorous and traditional ‘Opera Ball’ there’s both a ‘Coffeehouse Owners’ Ball’ and a ‘Confectioners’ Ball’.

Things get even more outré with the ‘Chimney Sweeps’ Ball’ which opens the season as they pile onto the dance floor wearing their traditional work clothes. At the ‘Weightlifters Ball’, dancers are summoned by the call “Alles Walzer” (“Everyone Waltz”) before later on, reassuringly perhaps, they get to lift their familiar dumbbells. Maybe they should stick to drinking lake water! 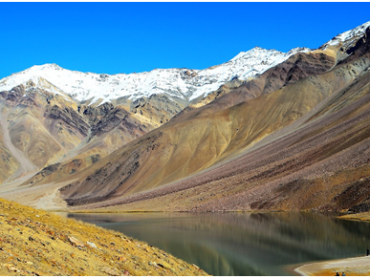 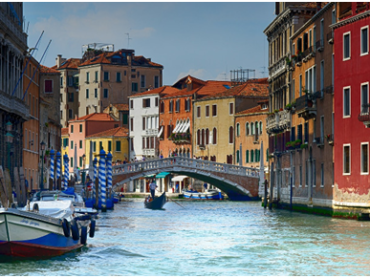 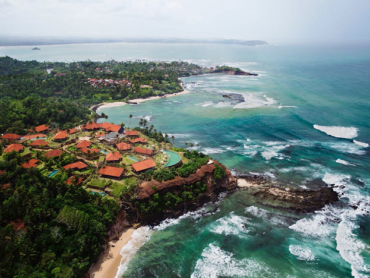 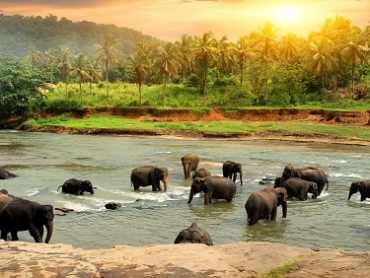 Chosen as the destination for our book launch, we decided to pick Sri Lanka as our country to be spoken about...