PRACHI TEHLAN is an Indian netball and basketball player, and an actress. Under her captaincy, the Indian team won its first medal in 2011 South Asian Beach Games,Sri Lanka. She has been given the title of “Queen of The Court” by The Times of India & “Lass of The Rings” by The Indian Express. She was the brand ambassador of Netball Development Trust India for 2011-2017. Prachi made her acting debut in the TV series Diya Aur Baati Hum on Star Plus in January 2016. While her film debut as Nimmy in the Punjabi film Arjan opposite Roshan Prince directed by Manduip Singh in 2017. And since then there is no looking back for this gorgeous lass.

What do you like doing in your spare time?

Prachi: I enjoy reading. I have a huge collection of books from my obsession with buying a book from the airport every time I travel. I also listen to classical and romantic music, it is my favorite genre. Playing sports and keeping myself engaged in some physical activity. I love bingewatching on Netflix and quenching my wanderlust with traveling.

Who is your celebrity crush? Are you single?

Prachi: My celebrity crush is Nikolaj Coster from Game of Thrones and Alvaro Morte from Money Heist. I just LOVE both of them obviously because of the amazing characters they have portrayed. I am pretty much single. (Pssst…she’s also quite ready to mingle considering she finds someone who just clicks with her choices and height)

Prachi, Would you ever date a fan?

Prachi: Sure, I wouldn’t mind dating a person who admires me for my abilities, work, and ethics. However, I won’t date a fan, as it could be quite shallow or inhibit my work. 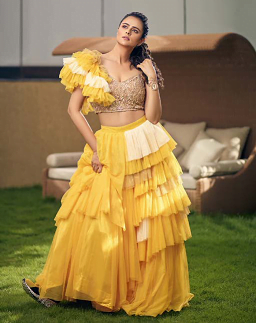 What do you believe in more I.Q or E.Q? And Why?

Prachi: In my opinion, both of them are important to master. A combination of intelligent quotient with emotional intelligence helps us make smart decisions considering various factors; while being humane & considerate.

Do you(for real) know or use the brands you endorse? How Legit is your view?

Prachi: I would like to consider myself a very disciplined and ethical person considering my sports background. For me, it’s very important to participate in campaigns or approve brands that I believe in. A large part of decision making is to know, read up and research, the products or brands I collaborate with.

If you weren’t doing what you are doing, what it would be?

Prachi: I would always be a sportsperson OR the CEO of an organization. Destiny had its plans and I became an actor.

What’s one of the most outrageous rumors’ you’ve heard about yourself lately?

Prachi: I usually stay away from controversies. Yet, false link-ups with my co-actors are very common. And a recent one was that I am playing a cop in Mohanlal’s (Lalettan’s) upcoming move RAM.

I was approached for it but I am looking for mainstream roles and would like to work with Lalettan in the future. It will be a dream come true.

What is an upcoming project you are working on?

Prachi: I am currently preparing myself for a Tamil film. People will get to know about it soon once it’s official.

Who do you think is next in line in your industry & why?

Prachi: It’s an unpredictable industry that is full of dreams and aspirations. Talent alone doesn’t help people grow here, it needs to accompanied by luck, hard work, connections, being at the right place and having the support of your loved ones. Also, all that glows is not glitter.

Are you watching “The Crown”? Your preferred Netflix?

Prachi: I started watching The Crown in 2018 during the shoot of my Malayalam film ‘Mamangam’ which got released last December. It was recommended to me by my favorite co-actor whom I am the biggest fan (Mammooka
(Mammootty Sir). I am yet to finish the latest season. I am completely hooked onto Netflix and recently concluded watching ELITE. 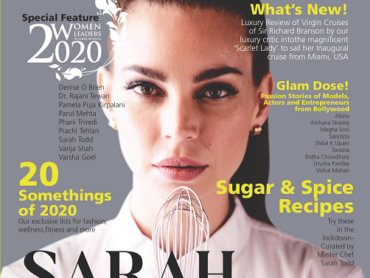 CULINARY MEDLEYS from the Land Down Under. Here are the few interview trivia with International Celebrity... 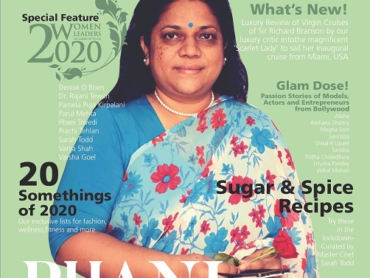 THE INDOMITABLE SPIRIT OF PRODUCT INNOVATION & SOCIAL IMPACT. Phani Trivedi is a first-generation... 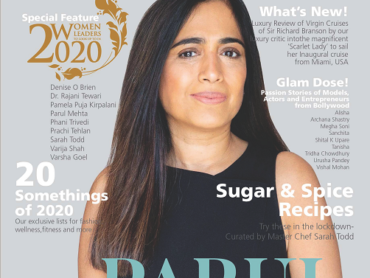 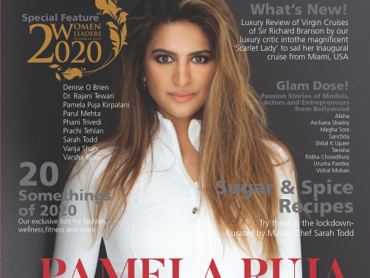 Strictly for your Soul. Pamela Puja Kirpalani is an avid fan of the positive human psychology movement and...

We use cookies to ensure that we give you the best experience on our website. If you continue to use this site we will assume that you are happy with it.Ok