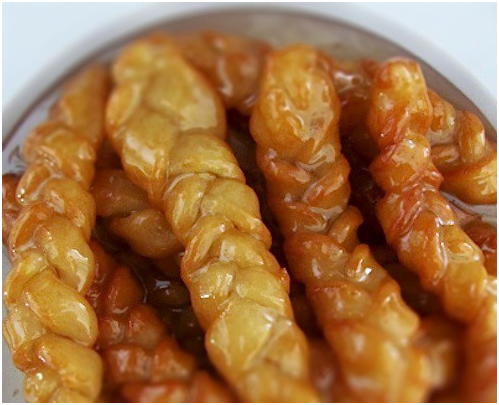 in Lifestyle
Reading Time: 4 mins read
A A
Share on FacebookShare on Linkedin

Our grandmother (Mama) used to make the most delicious koeksisters — a South African donut that’s fried, rolled in boiling syrup and then covered in shredded coconut. Get this classic South African favorite today.

Koeksisters are an integral part of any Cape Town resident—on Sunday mornings we would wake up to the smell of fried dough and run to the kitchen for those deliciously soft, pillow-like donuts called koeksisters.

They’re almost universally eaten warm and enjoyed with a cup of sweet, milky rooibos. However, exceptions to the tea rule may be made for foreigners who don’t know any better.

There are actually a few varieties of koeksisters in South Africa. In other parts of the country, koeksisters are quite different. They are braided pieces of dough that are fried and then tossed in ice cold syrup, rather than the boiled syrup for these Cape Town koeksisters.

Another variety of koeksisters from South Africa.

Instead, our version is the classic, plain koeksisters made with lots of love and flavor. There’s another version that is  more spiced, with cardamon, ginger powder, and other aromatics, and we may create that version on Meyer Food Blog at a later time.

But today is all about the classics.

We used to call our grandma “Mama” for one reason or another. Unfortunately, she left us a decade ago, but not before she taught our mother to make these wonderful delicacies. 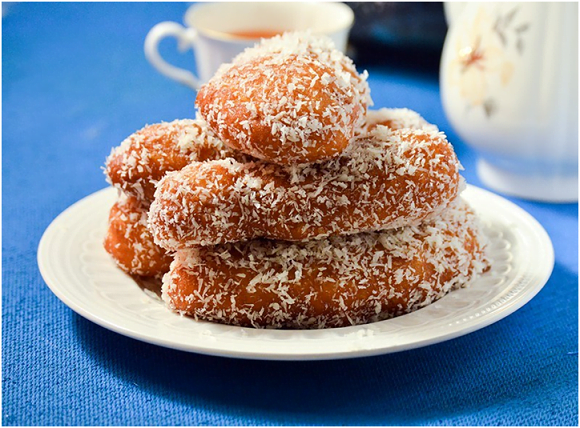 My mother was kind enough to pass it on to me, and I’ll be lucky enough to one day pass it onto my child(ren).

The koeksisters are relatively easy to make, especially if you have experience making dough (as I often do with our pizza). For the most part, you want a soft, slightly wet dough, and depending on your area, you might have to add some extra flour with it.

It’s actually pretty simple: add flour, salt, yeast and sugar to eggs, butter and lukewarm water. Let the dough rest for about 1 – 1.5 hours. Stretch the dough into a long rope and divide it into 24 pieces.

While you get your oil ready, the dough pieces will continue to rise a little, forming into smoother oval shapes (although mine tend to look like eclairs).

Fry each one (about 2 minutes each) until you’re done. Then warm up equal parts sugar to water with stick cinnamon until its boiling and slightly thick, then roll your fried dough in there.

Now, traditionally, you roll it in the hot syrup for about 1-2 minutes. This will make it softer, but also potentially soggy. I like to do mine about 30 seconds to maximum 1 minute, so that it’s soft from the syrup but not soggy.

Transfer the hot, syrupy donuts to a plate full of shredded coconut. Roll it around and enjoy when it’s cool enough to eat.