Thewa, often confused with enameling, is in fact completely different in appearance as well as technique. For generations, artisans in Pratapgarh have produced extraordinary objects of ornamental and utility value using the Thewa technique.

In the district of Chittorgarh, in South Rajasthan, nestles a small estate named Deolia. It was founded by Prince Bika, a scion of the Royal family of Mewar. Having long cherished the desire to rule independently, he moved away to the borderland between Mewar, Malwa and Bagar. After defeating Devi Mini, the tribal queen, who ruled the region, he founded Deolia in 1561. The rule in Deolia however was short lived, as the scarcity of drinking water compelled the royal family to move to the new capital Pratapgarh, 16 kilometers to the east. The fortified town of Pratapgarh is mostly surrounded by Bhil and Mina villages. As the town flourishes on a near barter economy of transaction between the tribals of the nearby villages and the money lending “Bora” shopkeepers (who largely inhabit the land), it is rather incredible that the famous art of Thewa work has been flourishing here for generations.

The art of Thewa work came to be in Pratapgarh four hundred years ago and has ever since developed under the patronage it received from the rulers.

In the late 19th and early 20th century Thewa work was erroneously described as a form of enameling by the surveyors of arts and crafts of India. In fact, it does not resemble enameling
either in appearance or technique. For generations the artisans have produced extraordinary objects of
ornamental and utility value. The colors of glass used commonly, are red, blue and green, due to the nonavailability of other colors. The desired piece of glass is encased in a frame of gold plated silver wire. A paperthin sheet of gold, of the same size as the glass, is cut and a free hand sketch of floral or historical motifs is made on it, by special tools. It is then dipped in acid for a while and washed thoroughly with water. A mixture of cinnamon oil and another material known as ‘Ratti’ is brushed at the back, to prevent the metal from melting. The glass is then semi fused and the pattern in gold is carefully slipped over the edge and pressed onto the surface of the glass. The ornamental piece is reheated, till the gold and glass join firmly together. A thin silver foil is fixed on the other side, in order to give it a uniform luster. The simple raw materials and technique used stand in sharp contrast to the high quality effect of the finished object; no other form of art depicts with such meticulous detail the day-today life, legends, battlefields and hunting scenes on such a tiny surface. Because of the royal patronage, the themes and symbols used reflected the taste and concerns of royalty. Some of the common motifs are the hunting scene with elephants and palanquins, deer and lions, Maharana Pratap riding his famous horse Chetak, soldiers engaged in war, Krishna with his gopis, peacocks and royal weddings.

The most exquisite articles of Thewa work can be seen in the Metropolitan Museum, New York. These articles were made about 100 years ago. There is a large plaque in the collection of
the Geological Museum in London and the Queen of England has, in her personal belongings, an intricate
casket, with extremely narrative panels, which was made my Mathura Lal Ji Soni. The Thewa work is one
of the many fine examples of our glorious past and also a constant reminder of our heritage, where human skill was nurtured with supreme precision and care. As this work is still a handmade work, no machine work is done to prepare a Thewa Art jewellery. It is a perfect gift to those who love wearing
royal and traditional kind of jewellery.

“What is Thewa?
Vintage antique gold filigree on glass Thewa Art from Pratapgarh Rajasthan India. Work on glass is made of 24k gold and case is made of silver and gold gilded.- says Raghav Soni.”

In the district of Chittorgarh, in South Rajasthan, nestles a small estate named Deolia. It was founded by Prince Bika, a scion of the Royal family of Mewar. 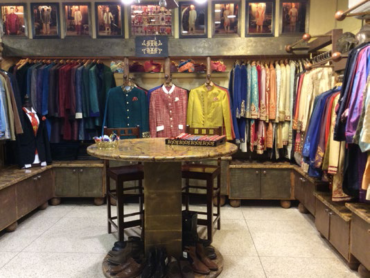 The colour palette I have used is men’s all time favourite. The Blacks and Blues are a must have, yet the... 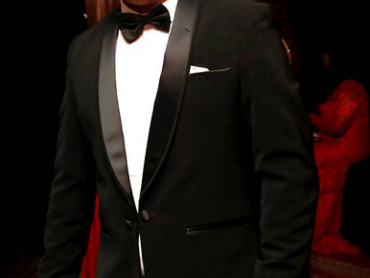