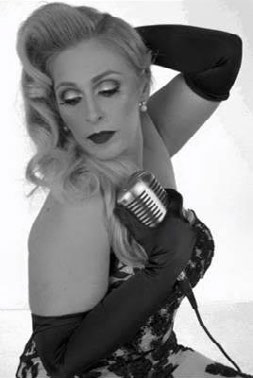 in Feature Stories
Reading Time: 3 mins read
A A
Share on FacebookShare on Linkedin

The commitment is strengthened… And now with mariachi

Vibrant, tireless and vital, persevering in her art and expanding the horizon of her proposal, the talented
Violeta Martin, The Elegant Voice of Mexico, continues to provide a solid testament to her versatility and this time venturing into a genre that is passionate about introducing the new album of her recording career which ventures into the mariachi, the living expression of a traditional style that runs through her veins as she is originally from Tepatitlán, Jalisco, Mexico.

The story of this album is drawn from traveling between Los Angeles, California, where the singer has her residence, Mexico City and Monterrey, Nuevo Leon. Where Violeta reunites with her A & R in this project, the producer Manolo Calderón, who detects very representative features of her artistic personality and proposes to record a first song called “Te Quedó Grande La Yegua” which is the first single from the album.

In any case this is music and nothing but music.

The repertoire of this recording is very varied. It is the romance of “The Thousand Kisses” (originally recorded by María Victoria) to the classic “Lady” (Rocio Jurado) and “Too Late” (Ana Gabriel). Modern so their arrangements are issues that can chanted, accompanying Violeta, and even danced following the
rhythm of cumbia Mexican unquestionably.

When Manolo Calderón proposed to record “Te Quedó Grande La Yegua” (The she horse was to big for
the Jockey).

he was convinced that the author Alicia Villarreal had explicitly written this song for Violeta Martin due to the strong lyrics against a man that failed to compromise and follow through with a responsibility of a family and wife.

Singing with mariachi is an experience that the artist treasures with deep emotion: “I feel like a fish in water. I grew up in Guadalajara. I have mariachi in my blood. I love it. Hearing it make me cringe.”

Along with the mariachi, among other team members who participated in this exceptional recording
are the names of famous composers Mauricio Arriaga and Eduardo Murguía, MAC Music, the record label that joins forces with PlayBig Entertainment & Promotions in this release; music producer Manuel Herrera, grandson of the legendary Zeta Fernando Maldonado, and his brother Alfonso, director of voice. In short, Violeta says that “it was a beautiful experience.”

At the same time she has been Queen of Mexican Independence Day in Las Vegas, with two great exponents of contemporary music, Emmanuel and Mijares and acting like kings, comrades and witnessed her coronation. She has also been a sponsor of the Hipodromo de las Americas in Mexico City and has presented at Gallery Plaza de las Estrellas. In Mexico City she was awarded the 2015 Golden Sun Award, the National Circle of Journalists, for their professional excellence; and recognition of the Lovers Association of Mexico, for her philanthropy. She has also sung for farmers in the Central Valley of California and the San Francisco gay community.

Objective and organized, kindness and self – sacrifice are values that carefully cultivated. Consistent with
her ideas, resolute defender of women and their dream of creating a home for victims of domestic abuse starts to become reality with the establishment of the nonprofit foundation A Heart for All proclaims.

Additionally she devotes her attention to philanthropy especially supporting entities that assist erminally ill cancer patients. In the workplace she is an entrepreneur. But her real passion is music, an area that she also serves as a composer.

Now Violeta Martin combines her career with the responsibility of being a mother of three teenagers,
run her business and meet its commitments and artistic goals, which emerges as a priority challenge the plan to internationalize his career and start her own conquest of Mexico (her homeland) and Europe. In the near future Violeta Martin will be the First Latina Woman to perform in India, at the Art for Peace
Awards that will take place on February 2nd. 2019.